Easel developers - did I offend?

Yesterday I wrote asking if Easel would ever be re-designed or if the GUI could be improved to offer better usability. It must have touched a sensitive nerve because that post is nowhere to be found…the only evidence is this. 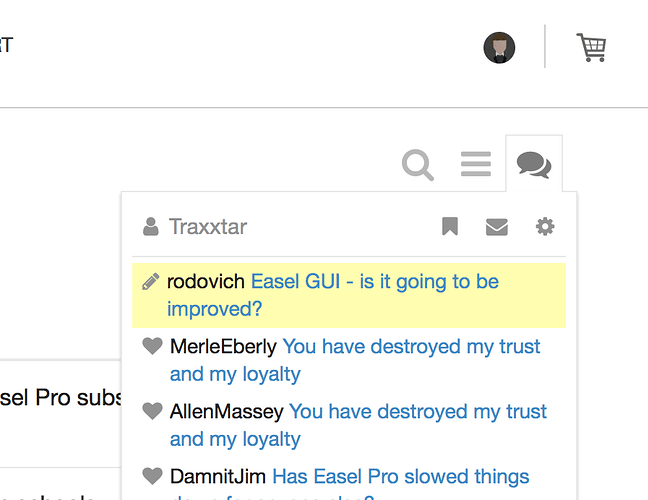 When clicked, I get this:

Was it in the early access forum? I got the same thing when reloading a thread that I posted in.

but I do agree with you on what you said

I thought I wrote that in a new post, not in that subforum. Perhaps not. :(. I suppose I can rewrite it.

I think it will bring good discussion

Easel GUI - is it going to be improved? Easel

Other posts/threads in the forum have discussed design changes, feature requests, menu changes, etc. In all the posts I’ve found, I’ve not once found anyone from Inventables engineering(software) reply that any of these submissions/suggestions is a ‘good idea’, ‘will be considered’, etc. We’ve seen some nice features added during this time; vcarve, dynamic feed changes, detailed preview, and more fonts. But nothing to address the overall usability of the product. If these new features that will…