I have had a couple of projects fail due to the eccentric nuts loosening or tightening. In one case the roller wheel fell right off the machine after the nut worked itself off.

My thought was to put a nylon lock washer on top of it to lock it in place. If I get them too tight (specifically the y axis) it will bind and you can hear the motors grind.

Anyone else have this issue and have a better fix?

Having a blast with the machine. Haven’t slept much in the past couple of days.

I used some Loctite 220 on mine. It’s blue in color, medium strength, and is made to be applied to hardware after it’s assembled. It uses capillary action to wick its way into the threads between the screw and nut. Get the eccentric nuts adjusted to your satisfaction, and then just apply a small amount of the Loctite. I haven’t had any problems with anything loosening up since I did that. Highly recommended.

I’ve some loctite blue. Will try that before another nut.

This thread cursed me! I read it as I was running a job…during which 2 of the nuts fell off! Loctite applied…

Check all fasteners for tightness before every job: http://www.shapeoko.com/wiki/index.php/Operating_Checklist

Well of course I check all 5,000 fasteners on my X-carve before starting every job. Who wouldn’t?

Is this a “permamnent” thread locker?

If I need to take it apart later for some unknown reason will I need to apply heat to get the nut back off?

Nope - the blue stuff can be removed with hand tools, no heat required. That’s why I prefer it for stuff that might need to be disassembled at some point down the road.

222 would be a better choice for small screws.

Now I know what to buy after my first test run

Eccentric nut issue, i’ve been called that a few times

I fully expect a good bit of tweaking to get everything 5x5.

I had the collet come loose with a 1/4" spiral downcut bit. That was a treat. After the sparks and router driving the bit through the table, I quickly grabbed it and threw it off the table.

Glad I am not the only one with this issue. I am at the wiring stage and just moving the parts around seemed to make the eccentric nut come undone. Exactly how tight do they need to be? Also do they need to be in the “open” position when the machine is running? Sorry if these are noob questions but this is my first CNC machine and I am also legally blind due to MS so seeing them and knowing they are seated is a little harder for me to tell. I have some Loctite Blue so will apply when I have the machine altogether. Glad to know that helps some of the issue.

Open is just to slide the carriage on. They need to be tightened before you cut anything.

Awesome thanks for the info.

I too have suffered this fault. My solution thus far has been to add a second nylock nut onto the bolt. This second nut seems reasonably successful (see images below).

I’d also strongly suggest re-tightening and rechecking everything pretty frequently. Having had the eccentric nut/spacer come loose during a job, it’s now worn away the shoulder on the hole in the carriage upon which the spacer sits. WhileI was pulling things apart, I’ve also found that the two screws that clamp the Delrin nut were also just about to fall out, 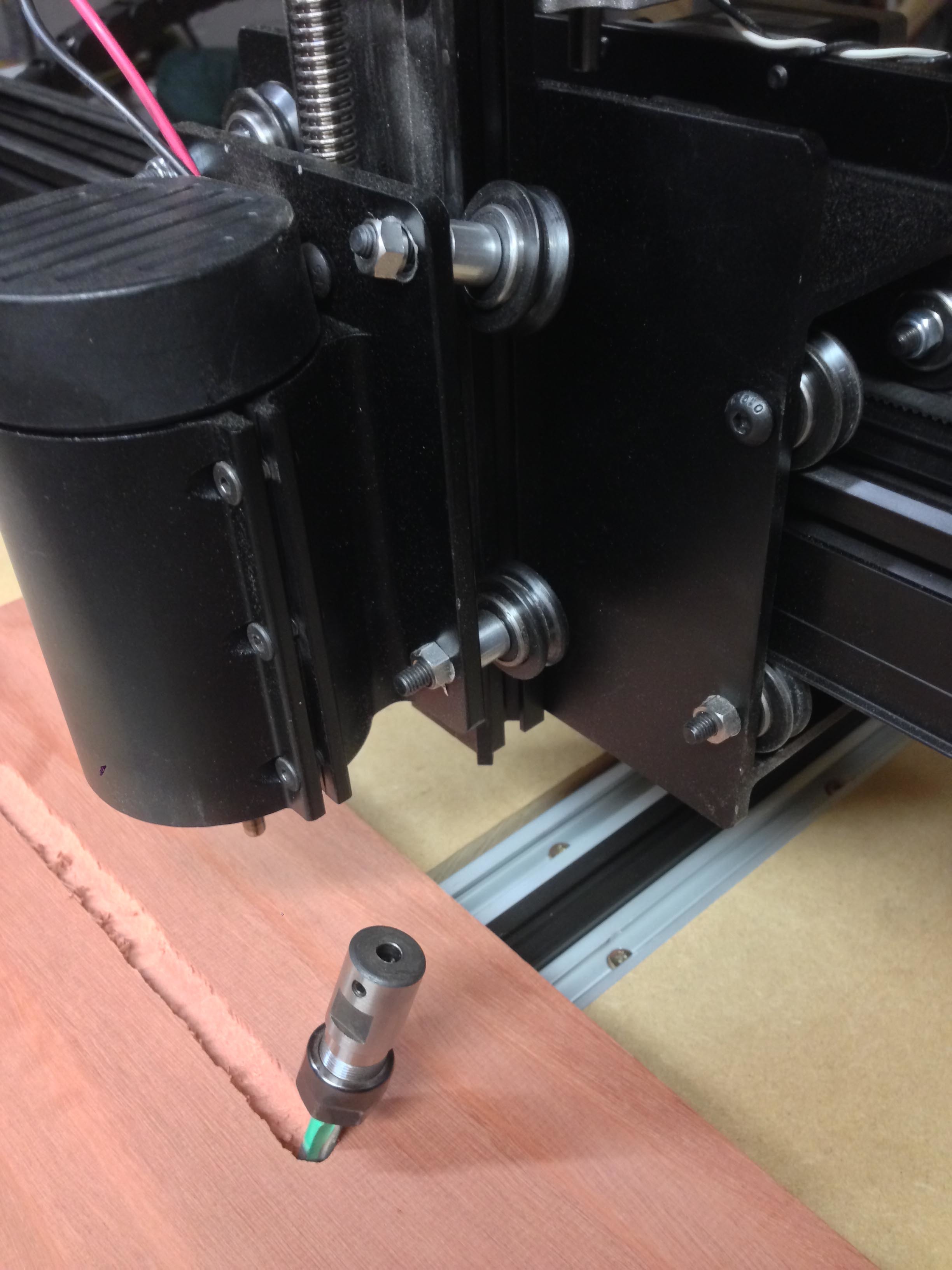 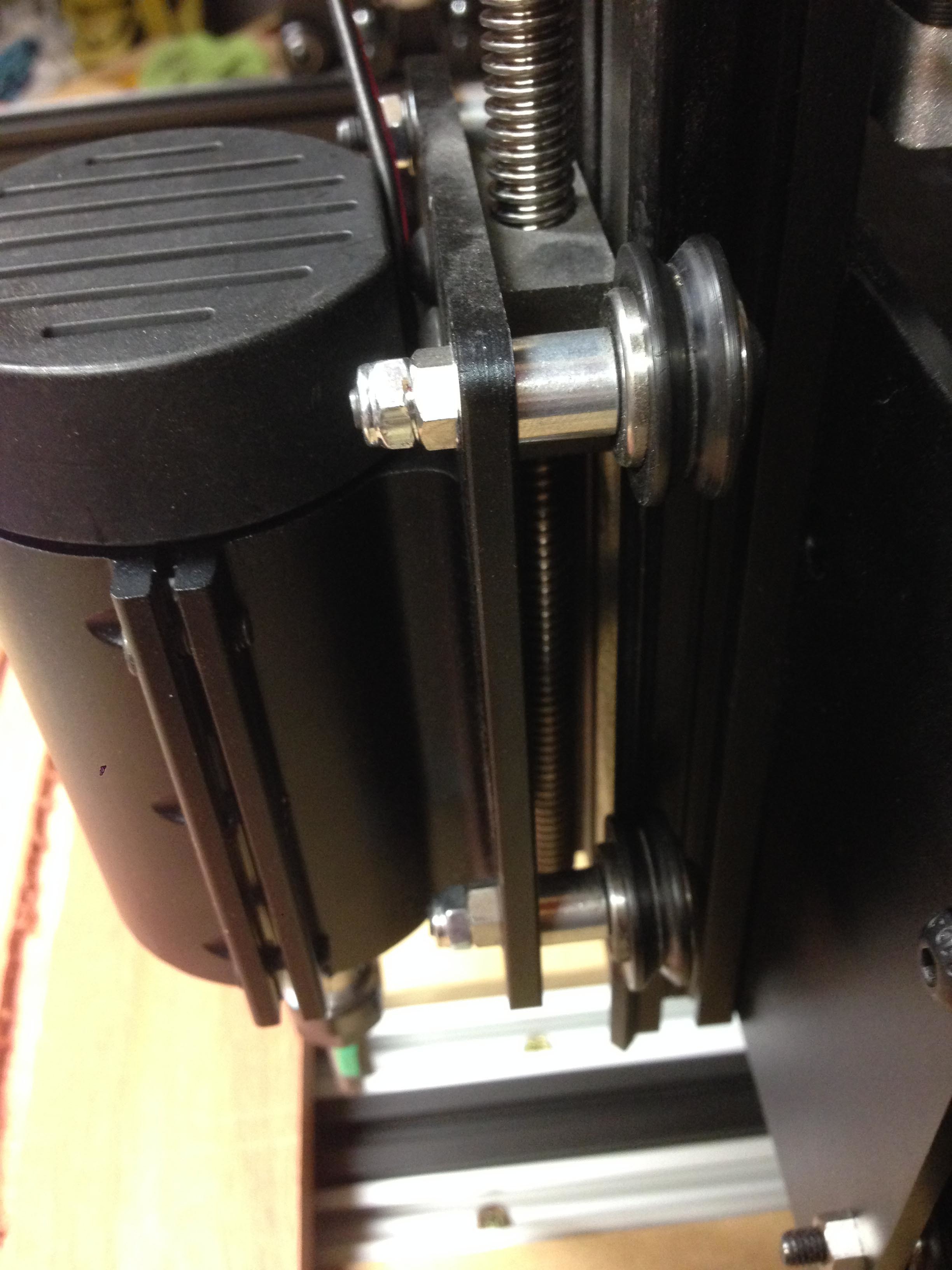 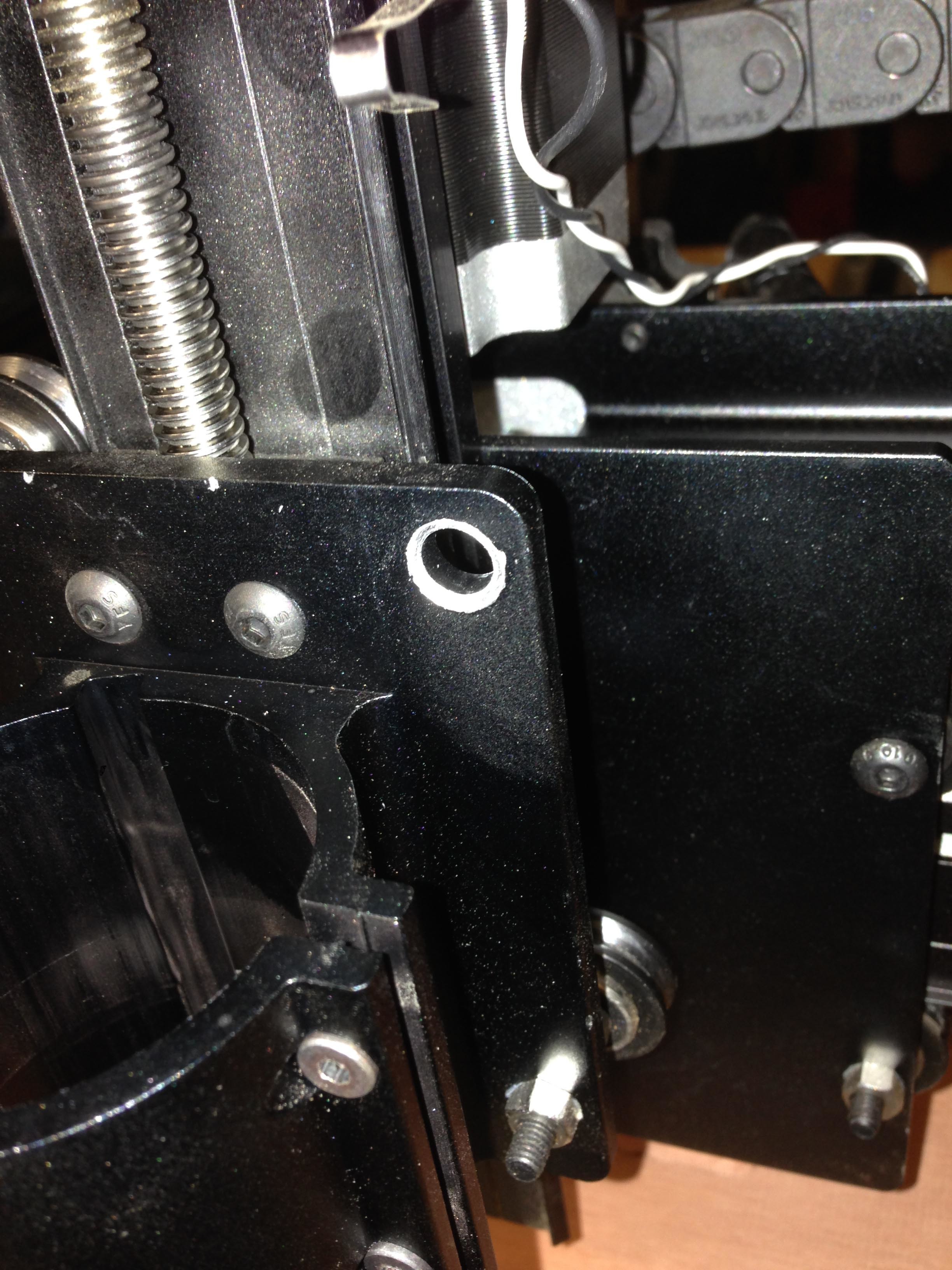 Seems you’re cutting too deep. Excessive vibration I can see. I would say you must check your dept, feed and speed rate. Go easy on this baby, or upgrade your spinner. If you try to cut that line with stock spindle on the picture at once, machine fells off. Just a thought.

Alan, thanks for the feedback.
The depth of cut and feed was not an issue, until of course the VWheel and eccentric nut came loose, at which point the cutter began being forced deeper and deeper into the work. The massive trench in the job is actually the result of a couple of test cuts and then the somewhat tragic final cut…

Yes, I’m upgrading the spindle to the Dewalt router that’s so popular - I’m just waiting for the mount to arrive.

The intent behind the suggestion I was making was for others to both keep an eye on all nuts, bolts and fittings and to consider adding a second locknut (ideally a nylock style nut) to the eccentric nuts on their machines.

These failures are annoying and I was trying to let others learn from my experience.