Everything was cutting well, then...the plunge of death!

I imported G Code from Fusion 360 into Easel. At first, the cut was going swimmingly (such a strange phrase, swimmingly. Who came up with that?). Then it was like the spindle decided to get ready for a deep dive. It went all the way to the top of the Z axis and then plunged down into the wood, burying the bit all the way down to the collet. It then proceeded to perform its cuts like “normal”, except that it was still down at that level and burning the wood as it dragged the collet around over it.

I’ve simulated the cut in both Fusion 360 and Easel. Neither had the plunge.

Can someone help me troubleshoot this? 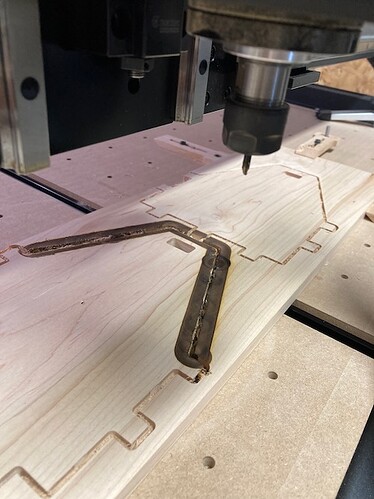 If the gcode seems fine, did You check out physical issues? Loose collet maybe?

I’m brand new to CNC, so I have no way of knowing if the gcode is correct. I’ll have to look up what a z collet is.

Sorry. I meant collet, the part you tighten to hold the bit in place

Got it. It was secure. The spindle went all the way to the top of the z axis and then plunged down, jamming the bit into the wood.

When it went to the top, it probably crashed. It “thought” it went higher, so when it came back down, it went too far.
Now, why you had the big retraction is the question.
Can you share your gcode and/or your Fusion file (.f3d)?

@NeilFerreri1 That’s a good thought. It did indeed crash when it hit the top.

I shared the gcode file in my initial post.

Here is the fusion file.

Sorry for the delay, I was reading up on the history behind the weird “swimmingly”.
So this happened when you started the detail job. What sender are you using? How did you handle the M6 Toolchange. Did you rezero your Z?
The gcode looks fine and shouldn’t have caused the big retract.

It happened in the middle of the detail job.
Is the “sender” the post processor? That would be the x-carve post processor. And I used Easel to run the job.
The only tool change was between the roughing and finishing stages. Those were exported as separate gcode, and imported into Easel as separate workpieces in the same project.
I re-zeroed with the probe.

It looks like the burning from the collet is in the area that is the first part of the gcode that you shared.

No, it’s the user interface you use to stream the gcode to the controller. Easel is your sender.

I think it went back to that spot.

Hi all and happy holiday,

this happen to me when I started. All because the z gap was not set properly.
my Z started to go up and up and more up, the Nema motor also didn’t stop either. it also traveled down through the waste board.
That little decimal need be in the right place 0.02

What’s the Z gap? And where do I set it?

What’s the Z gap? And where do I set it?

Not a Fusion thing.

I think it went back to that spot.

Are you sure? I don’t see any of the roundovers on the “tabs” yet?

Did it cut any of the little roundovers? 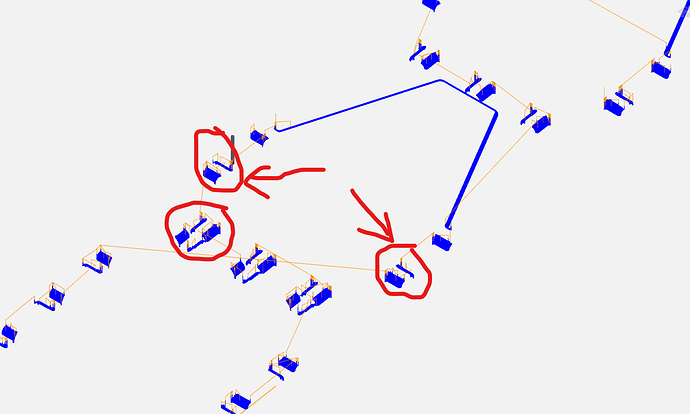 it would be in project set up . don’t use 360 so i can’t help you out much.
maybe check out v carve pro it is more user friendly.

Actually, now I may be mixing it up with a test cut I did. Sorry, it’s all beginning to fade.