"Foamular" board at Home Depot

HD sells these 24" square x 1" thick project boards. Seems to be the same as the Owens-Corning pink foam insulation sheets, but maybe a little more dense. I picked up a couple to experiment with. Any suggestions on type of bit to use and feed/speed? 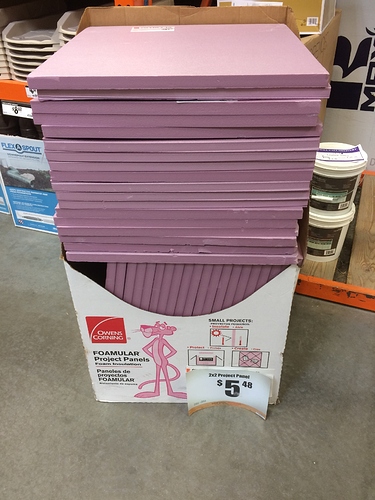 Once I have a more permanent home for my machine (i.e. a garage not in the middle of my apartment) I’ll make a better looking one but they had this stuff on sale at my local Home Depot so I decided to make a temporary sound enclosure with it. Works pretty well despite the crudeness of its appearance! amazing what you can do with a roll of gorilla tape these days… 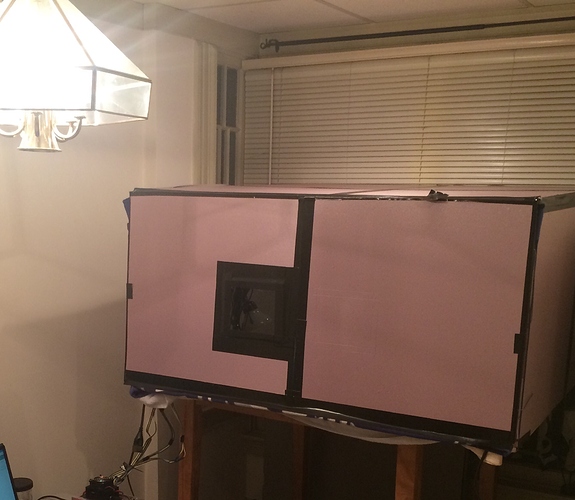 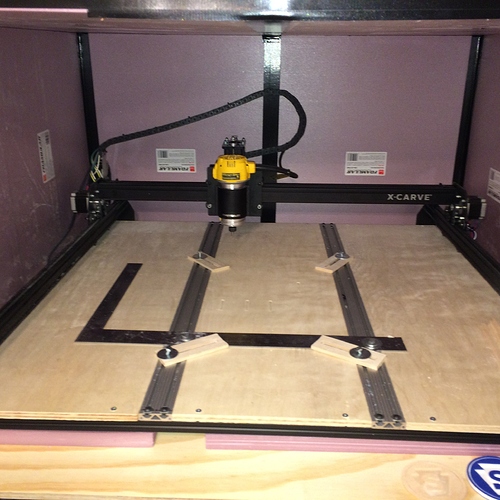 looks fantastic. if my dust shoe doesnt work super well or its to loud ill try this to. i know for a fact the home depot here has boards just like that twice as big as the xcarve and just 2 of them should do this and mabey even a bit cleaner.

still need my xcarve to arrive though.

I used it for one of my first projects last June LINK, it cuts nice, but you get dust everywhere or clog up your vac. It’s not as dense as the pricey professional stuff, but for small projects and machine testing you can’t beat the price.

after owning mine for over a week now. i really feel like i prefer my dust shoe. it hasn’t caused any problems so far. its got a 2.5inch hose end to end. so i don’t feel like it will get clogged, but i bet it will try to prove me wrong for saying that.
i bought a shop vac special for. particularly because i didn’t own one. and dads is so old, and it didn’t have the right attachments anyways. and it came with a particle filter which will help when i cut nasty stuff like g10 and carbon fiber.
also ran fine for an hour but i don’t like to push it that long.

overall. clean and well beaten method. and i think ill stick with it. but i still think its cool you made an enclosure for such a massive machine.

Why did I not think of that…
So much easier to build than the temporary MDF/Acrylic monster of an enclosure I built.

just what i was looking for, thanks

I use this stuff all the time to test new ideas/prototyping. I usually either use a 2 flute straight bit or single spiral and it can cut much faster.

the stuff cuts great, i totaly need to get my dust collection setup if i want to continue using it! but its great, nice and stuff, but cuts like butter, i used it to make a custom case for my quadcopter so that i could stuff it in my suitcase and fly to hawaii with it, it worked out great, i still use it to carry my quad around with. 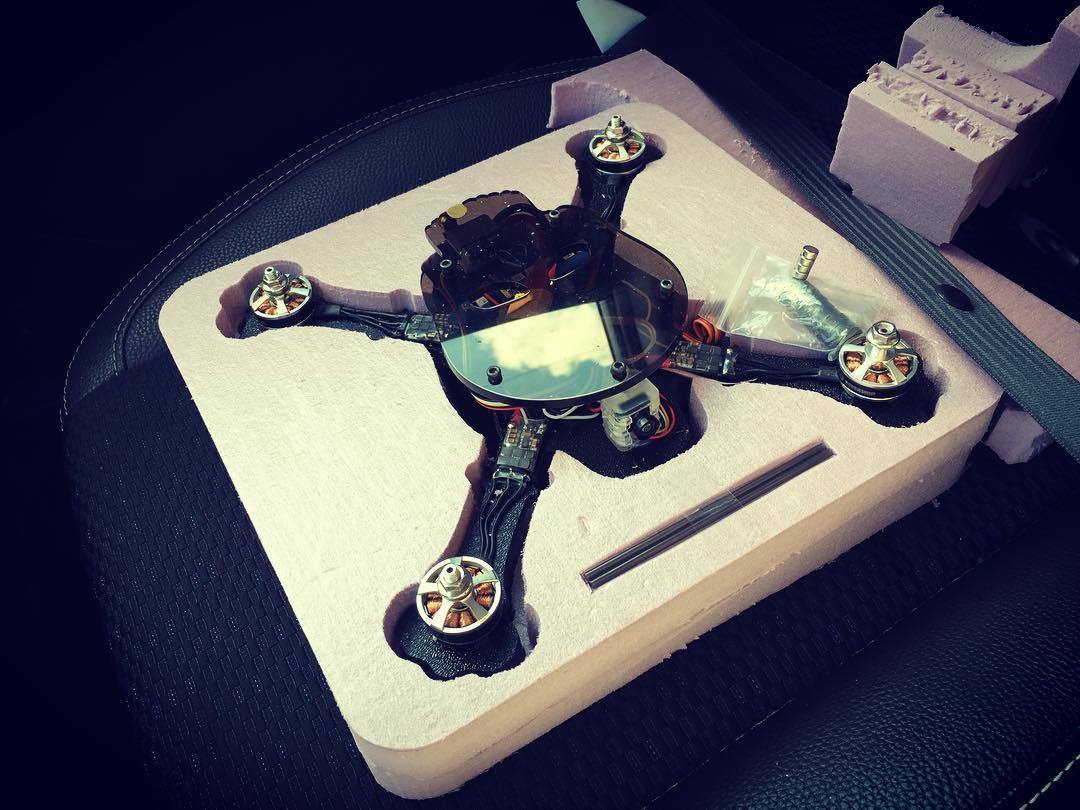 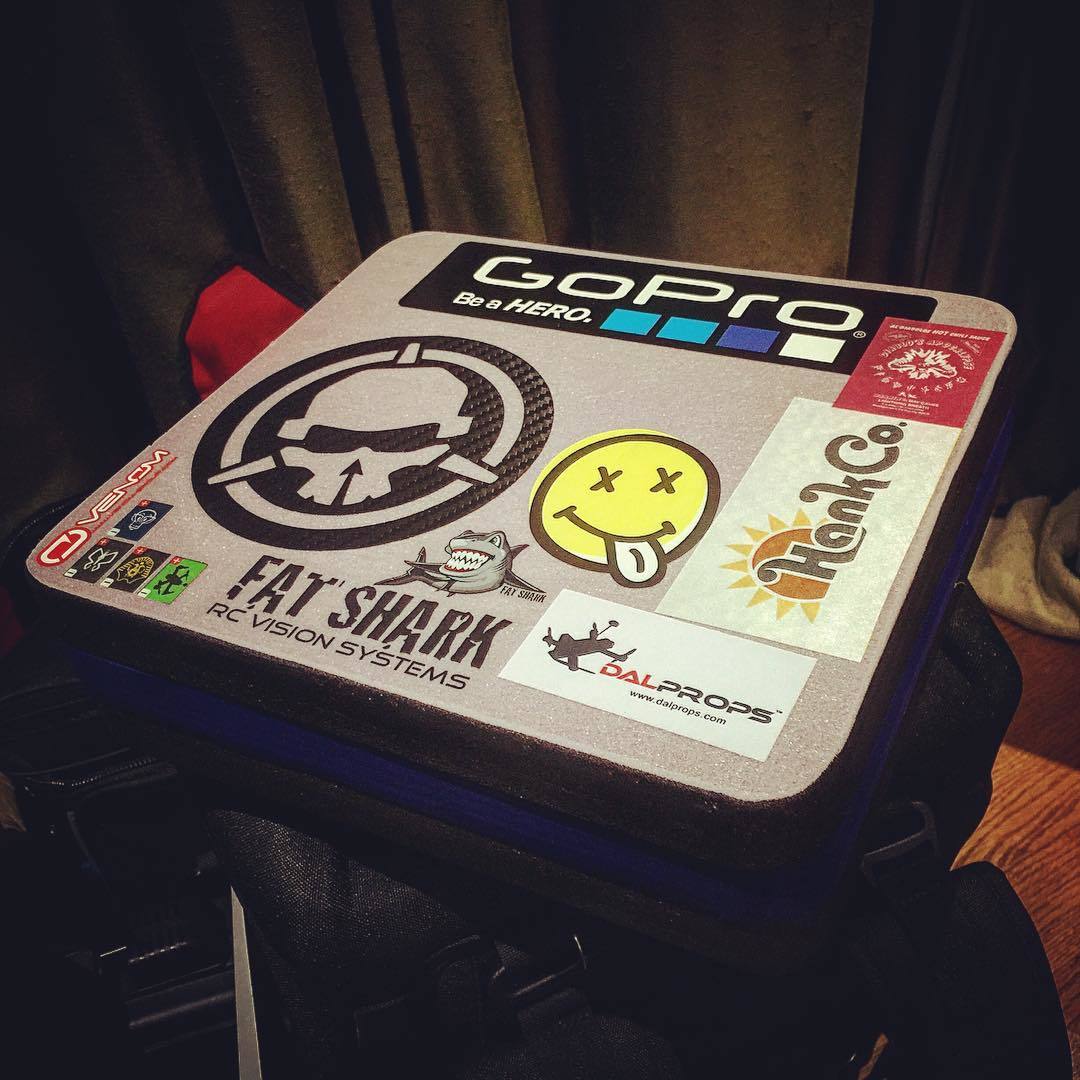 I stuck some neodymium magnets on the top and bottom and it snaps together tight.

Video of it in action here on my instagram