just throwing this idea out there, might be a good learning tool for me to learn 3d carves., just gotta finish some other projects first, but has anyone done a trilobite or amonite fossil, partially exposed so it would look like its still in rock?

I had this same idea about a year ago and started designing one in Vcarve, but I got busy with other stuff and never got around to carving it.

This is the model I was using to design my carving. 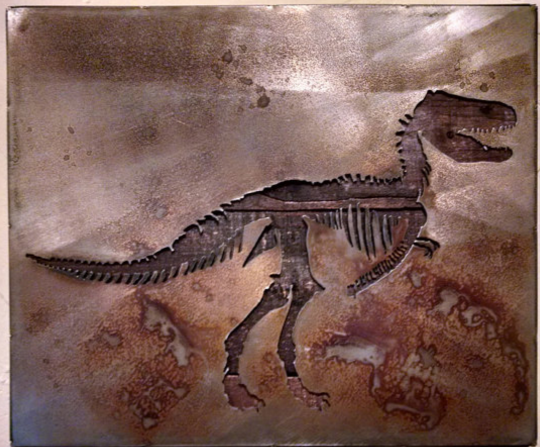 Since then I have done some carving in marble so I know that cuting it into stone would not be that difficult. Now if I only had a few more hours in the day.

thats cool. i was thinking 3d exposed though, still would be cool in some curly maple then stained or painted to look like this 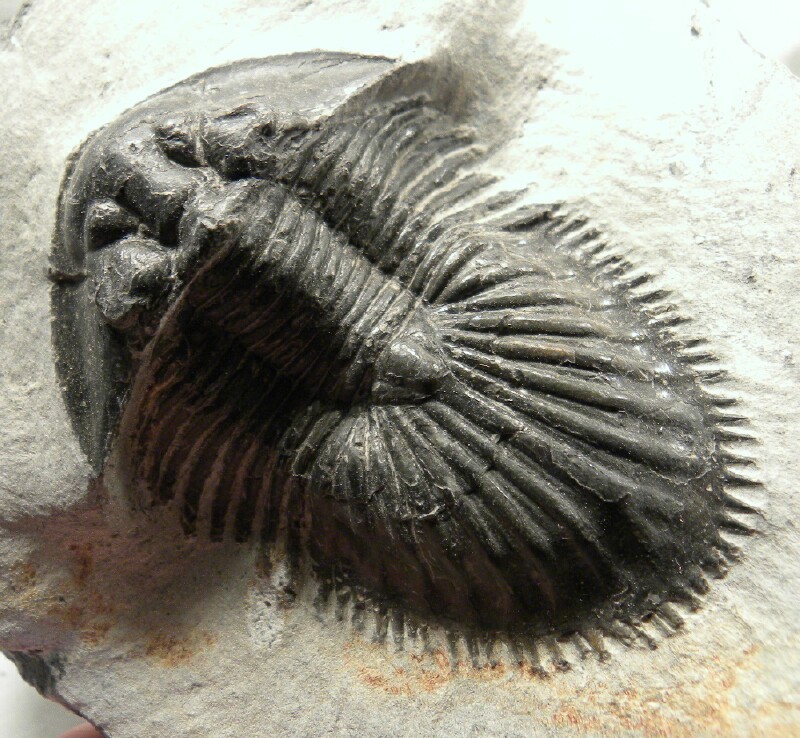 i know it wouldnt be difficult, i just havent attempted anything like that yet

That’s funny… I started this too and got too busy to get back to it. Here are the vectors that I was going to pocket around to create a raised “fish fossil.” I like the look of it… just don’t know when I will have time to get back to it. (It is an SVG so you have to delete the .txt extension).

I had a thought about modeling/carving a mold, then filling it with either plaster or concrete to make garden path stones. Could be a related idea to this.

What would be awesome is an ebony or walnut trilobite inlaid into a piece of light colored wood with lots of big burl. Hmmm, got to see what it would take to make the trilobite and make it into an inlay…

Awesome. Might have to mess with that a bit

alright. finally figured how to get a workable model of the file erik jensen posted into fusion. got it scaled down to what i want size wise for the first go…but, i cant seem to getthe tool paths to work. figured adaptave clearing would be the best but it wont let me select a surface, any thoughts? trilobite.f3d (461.3 KB)

I exported it to STL, imported it into V-Carve Pro and it works. But the z-height is such that it is 1" high at 5"x3" so if you want to go bigger, you will need some very thick material (or flatten it). 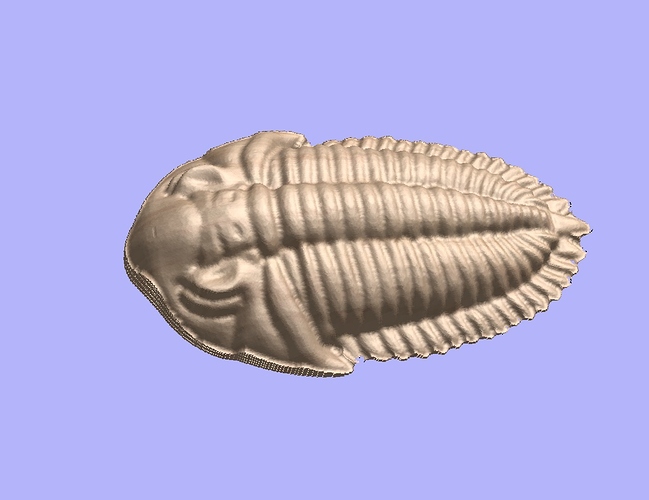 yeah, the plan was cutting it out of a thicker block so that it would look like its embedded in the wood. i cant afford v-carve at this point so i just have fusion to work with

Oh, I am still very much a newbie at 360. I read a book and now have to go back through all the tutorials. It will be great to figure out how to get CAM out of Fusion at some point. Hopefully someone will chime in.

yeah, its frustrating at times. i havent done any of the 3d mesh files before so not sure what i am doing wrong

I know there is a limit to how many “triangles” can be present in order to convert it to a solid in these free programs. It is much easier to work in solids in 360.

i tried doing that. converted it to a solid in mesh mixer, didnt work

I’ll have to play with it at some point. My learning of fusion is a bit slow

Snail fossil - this is v-carving a snail fossil vector in stone. - Starting point for the 3d effort next weekend. 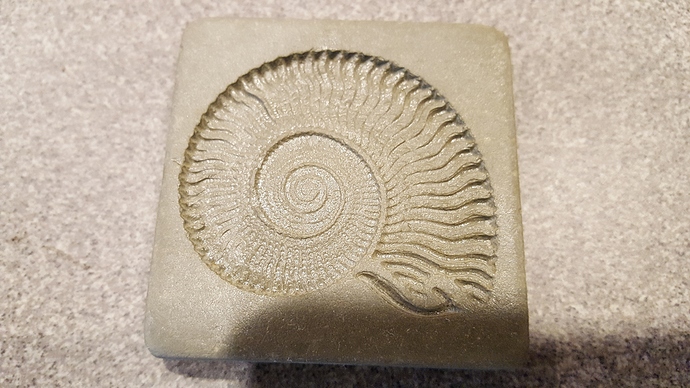 i just saw that, verry cool. i was able to get the trilobite to a Brep, but got stuck there, still cant get a toolpath capable model in fusion