It looks like north Georgia may get upwards of .5 inches (13 mm) of snow tomorrow. The grocery stores are already sold out of milk and bread, Schools and offices are announcing they will be closed. We will be trapped in our homes for at least 3 or 4 days. What an excellent time to have such a wonderful hobby!

Three days in the shop with nothing else to do!!!

I don’t live in Georgia, and this may be dumb. But I’m asking anyways. A half inch of snow shuts down everything like that? Does it not usually snow where you are?

I feel quite concern about you guys. , Here in Montreal we are getting 10 ft of snow per winter and still going around like creasy. We love winters… Cheers…

Our big joke in Atlanta is how state wide, we have 13 sand trucks…

Bread and milk? sure, but I don’t want to run out of Baltic Birch…

Forecast has now changed for metro Atlanta. Latest projections say 6-9 inches of snow. That’s easily 3-5 days of being shut in.

Why couldn’t it happen on Monday so I could turn it into a 5 day weekend?!?!?

After living in west Michigan most of my life, that’s funny…

You’ve got to be kidding?? We had 18" of snow the weekend before Thanksgiving. Nothing shut down. It’s regular life in the great white north for us.

We’re not really prepared for winter weather nor does it really make sense to invest in equipment. The snow doesn’t last long usually and it turns to ice really quick and historically we’re always slow to respond. The big gridlock 2 years ago changed the thinking of a LOT of companies/schools/government. I had friends stuck in their car for 18-24 hours to get home.

I was in NY last year after their blizzard and it was business as usual really. A blizzard like that would cripple Atlanta.

Jokes on you if you lose power…

That would be the nightmare scenario. 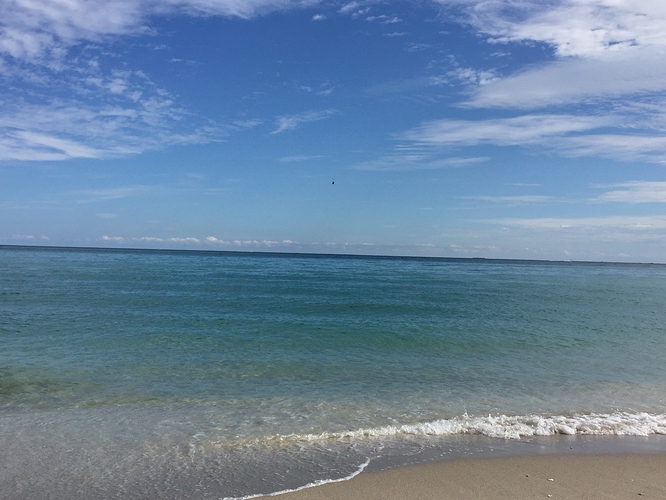 Today the weather is nice and here at Florida.

Still no snow or ice or sleet in Atlanta, but all the schools are out and business have sent most people home.

So, being that it’s Wisconsin you guys are finally putting on sweaters?

Traffic is all sorts of messed up near my work. It started raining but that is about it.

The Georgia Department of Transportation has deployed the ice removal equipment. We should be fine now. 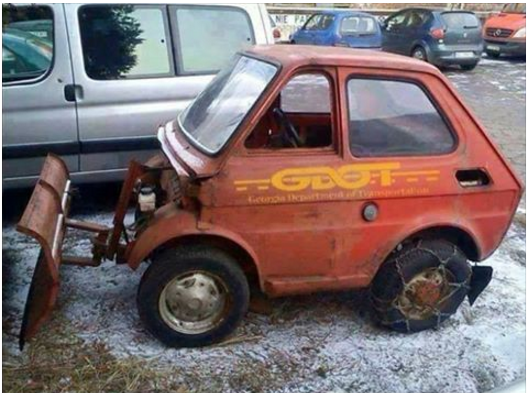 We have been getting rain. No snow.
There was a bit of ice on my car this morning but easily came off with a squeegee.
I live in SO Cali…

I live just north if you Stephen. We have had snowfall twice for about 8" or so.

Damn, I missunderstood again when you say “my wife gets made”. I thought she’s hiring house mate to you for winter. I was gonna suggest practice your naked sculpturing ability on house mate, just for hobby.

I was in Atlanta for the beginning of 2010 for six weeks. Some of you who live in the area might remember the ice storm that hit that year. I am accustomed to driving in the ice and snow, so my Ram 4x4 had no issues, but boy-o-boy did others. I have never laughed so hard. Atlanta rarely ever sees snow or ice so when they do many residents have no clue how to react, let alone drive on it. I saw multiple drivers get out of their vehicles while the vehicle was stopped in the middle of the road and walk around it shrugging their shoulders and throwing their hands up in the air. The cars could not move (or atleast the drivers didn’t know how to drive on the slick surfaces). I had to leave the freeway and take the city streets bc the freeway was a complete traffic jam.
Long story short, I have never seen individuals act the way these drivers did. It just goes to show that not everyone has experience with this kind of weather and it makes people do odd things when they are not accustomed to it.

Currently I live in NW Arkansas. The temps have fallen to single digit and teen temperatures over the last couple of days. We had a few flurries the other night and they closed the schools on Friday. I can only assume that we have a new superintendent that is not from around here. The roads had very little snow on them, if any at all. I was stunned that the had canceled school for this dandruff. Usually it takes atleast 6 inches of snow or 1/2" of ice before the schools close.