Ben Uyeda from HomeMade Modern is an architect turned woodworker turned general contractor. He was hired to design the flagship store for a shoe company called Greats. (Www.greats.com)

He did the design and build out in 20 days with two X-Carves running 8 hours a day. He had a small crew working with him and they made an impressive profit on the job.

Here are some pictures from the job. 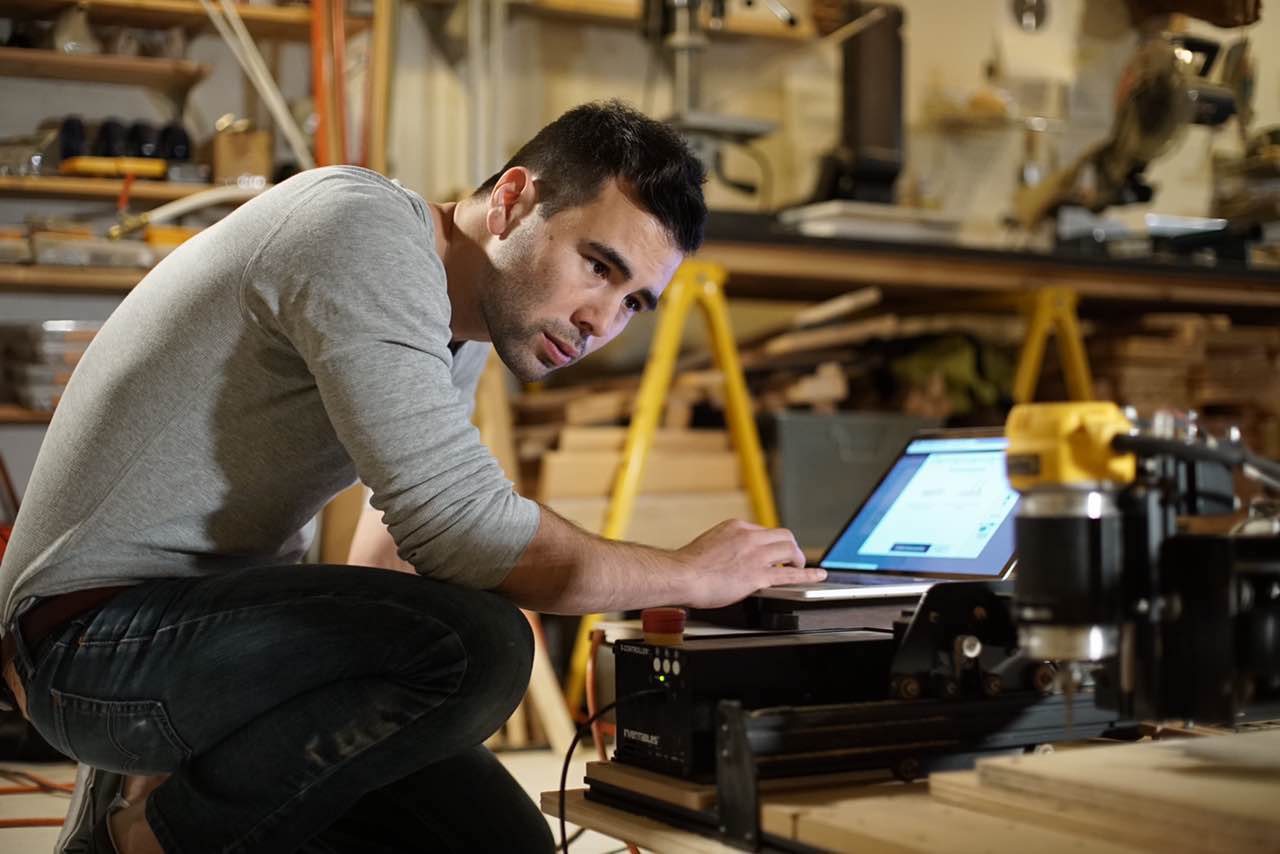 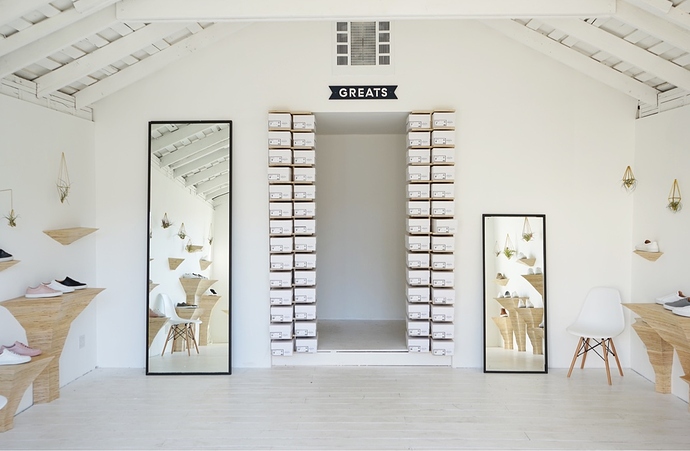 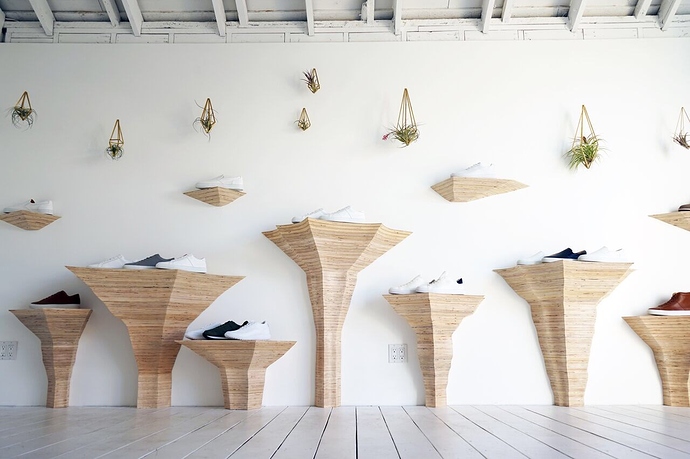 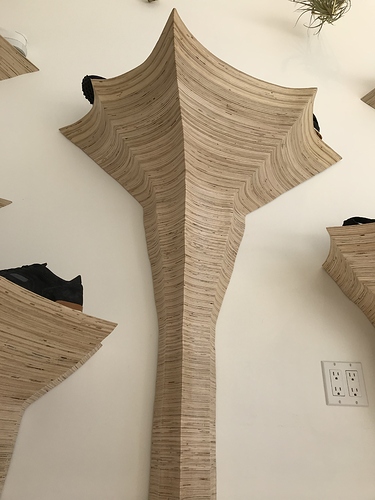 Pretty cool. That is a lot of plywood and a lot of carving.

It was made from the least expensive plywood sold at Home Depot.

Turned out cool that is all that matters. Cheaper the material the more money in his pocket.

Sweet! @Zach_Kaplan, any idea how those are mounted?

I believe the layers are glued and there are 2 wood screws at the top and the bottom that go through the pedestals into the wall.

I posted a video of the shoe store being made. Check it out!

Yea, I think his background is in architecture. He was going for Instagramable.

Bens IG is pretty awesome! I have been following him for some time!

Yea this is like if that staircase he made became a shoe store. I really like what he did with the shoebox inventory in the back. The design is clever.

I agree that the shoe box inventory was really clever! I like how you word that! “Yea this is like if that staircase he made became a shoe store.” Im glad he carried the design element of stacked plywood over into this project. It really shows how this design technique can be used across a range of different applications.

Hey @AngusMcleod how much plywood are you talking about? 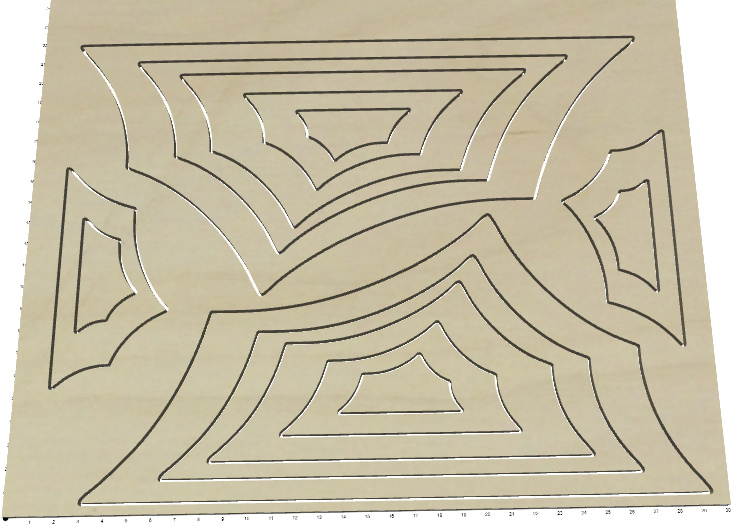 Homemademodern just put a video out on the project. its a cool project. I made a stacked ply cat feeder a few months ago. I love the look and I am planning on making some stacked ply furniture for my wife’s office.

@AngusMcleod My example was just to show the idea, I didn’t want to try to explain what I was thinking. I know it would take more cuts.

Angus where are you located??? Thats crazy expensive for ply!!!

I would guess the trade off is worth it!!!

Saint Lawrence Gap! had some fun times there.