How to burn first laser project?

So I’ve got the laser installed and can send M03/M05 to turn it on and off.

Now, I’m having a hard time finding info online of how to get started with doing my first burn/etch/whatever you call it.

The best idea I can come up with:

Is there a better way to do this?

NOTE: I am on a mac, so I don’t think any of the picsender/laser programs work for me…

Inkscape has some laser Plug In extensions. You can download one from the J-Tech web site also. the download had just finished installing. haha. going to test that as well. I do have access to a Windows computer at work, but won’t be in a place where it can be plugged into the X-Carve.

Assume connecting to the machine would be required for best practice with PicEngrave apps? 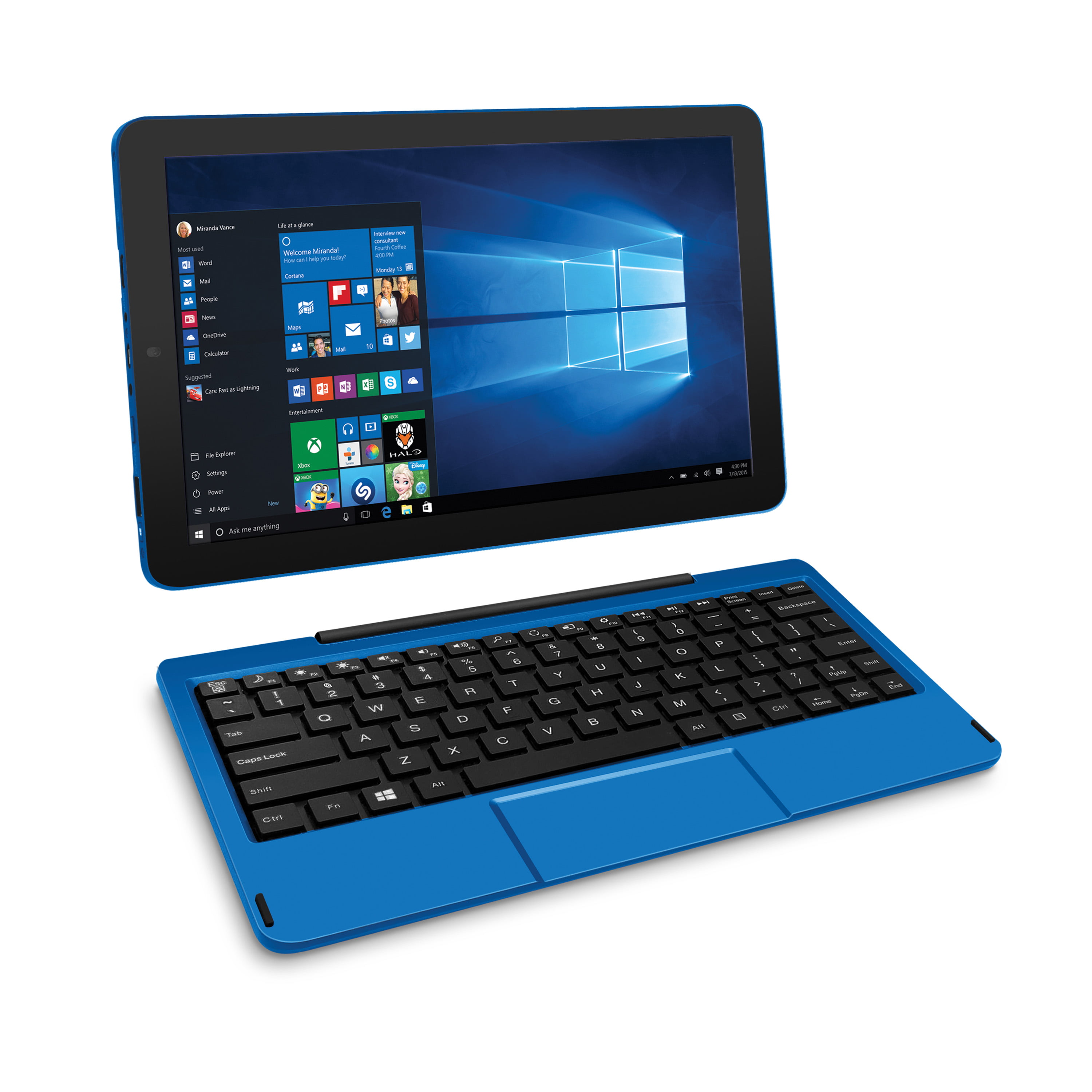 Or, like Robert said, setup a Windows emulator on your Mac.

dang it… the pink one is out of stock…

I am trying the Inkscape/JTech option. Couldn’t make it do an svg logo, so just put my name as text, converted to path, then exported the file with basically default settings. Then used UGS to send it.

(still contemplating the Windows options, just would like to at least get the thing working before spending even more

I would assume the focus is what it should be? do I just spin the focus until it looks like it’s smallest point? it’s safe for me to touch the focus ring with my bare fingers with the laser on? Just watched this thing make a fire…

I guess “common practice” is to just try different speeds on scrap wood until it does what it should?

There are so many variables like the type of wood your burning, so you will just have to experiment with the settings. J-Tech has focusing instructions on there web site here: https://jtechphotonics.com/?p=2602

very helpful. have done a few tests and am starting to get pleased with the quick results as well as seeing the limitations without paying for a PC or additional software… add to next christmas list…

Also a OSX person. My perception you’re doing 3D carving. How? Thanks.

My error, it doesn’t fit this thread.

So, the only way to laser more than just a stroke path is to use PicEngraver Pro + Laser?

The only way I can think to ‘fake it’ would be to throw an offset path inside my shape, however many it’d take to fill the area. 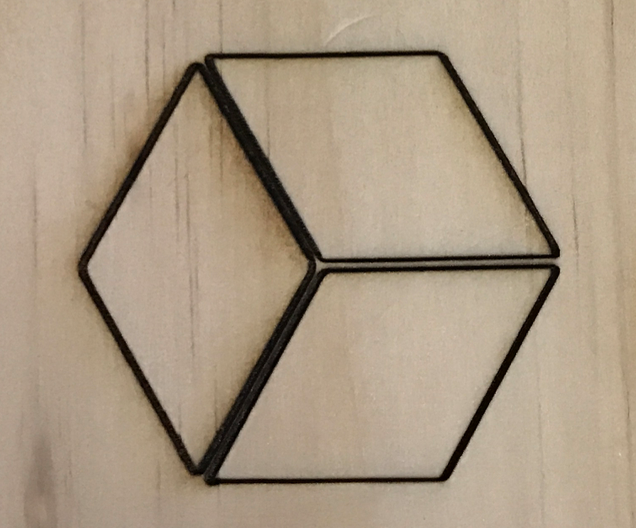 EDIT: Though PicEngraver is only $90, being a Mac user, buying a PC or a Win10 license to run Bootcamp starts adding to the price a bit… If PicEngraver is the ONLY option to fill a shape, I do have remote access to my work computer (a PC) and could buy the program there and send gcode back and forth testing (just thinking out loud).

If you were to fill burn

working on figuring out that ‘if’ part! 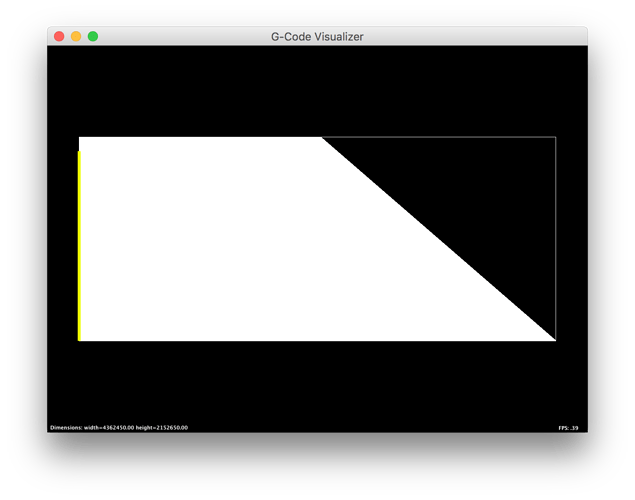 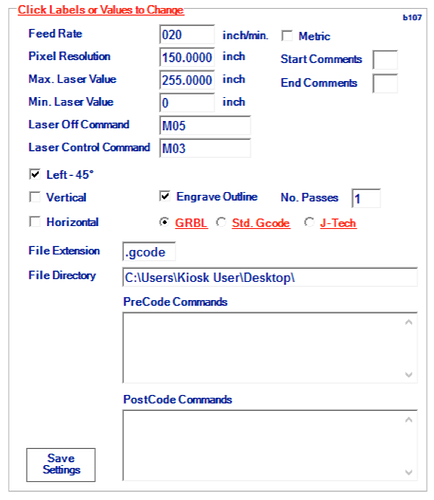 Can the Visualize not be trusted?

The Laser Control command should be a S. Unless you use a Z with min/max depth values, the visualizer will not show anything other then just a X&Y axis plane.

The Laser Off Command should be set with a S0.

Edit: The Pixel Resolution setting determines the step over & step ahead for the X&Y axis moves in the gcode file. It should be set based on the laser’s burn like width, so they lay down next to each other without overlapping each other or leaving gaps between them. If any other setting than .01 (inch) or .254 (Metric) PR is used, the image will need to be resized in the editor to ensure it will engrave the same size as the original image.

There is a Tutorial PDF button in the Help Menu.

So the Visualize in UGS will NOT show anything real? I understand limited options on the demo version, but was hoping to at least be able to test it to see if it’ll do what I’m trying to accomplish before purchasing.

I set all settings like the PL PDF showed for a starting point, and UGS Visualize still shows just a polygon. (using JTech 3.8w laser on 1000m X-Carve).

Is there something I’m missing or is this common?

(my art file was made in Illustrator, then exported and saved at 300dpi so it would be hi-res. Only ~4"x2" overall size) 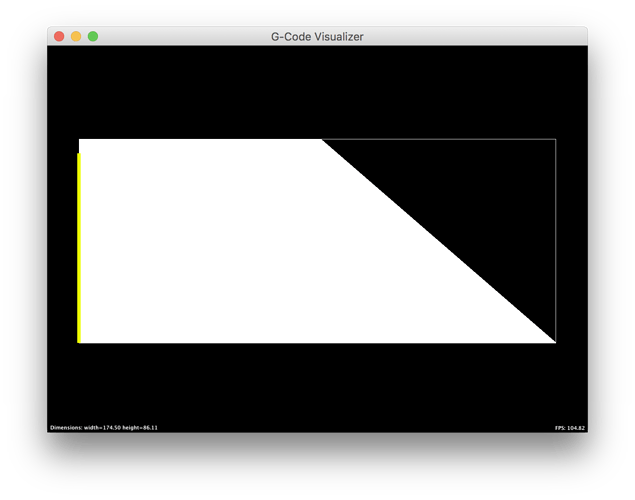 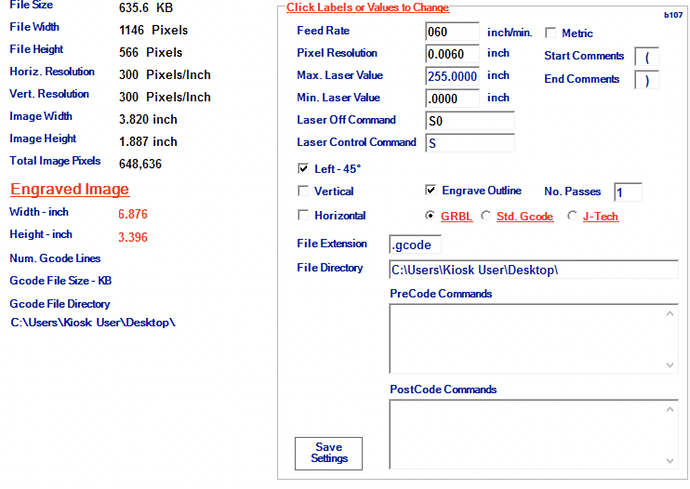 The UGS visualizer does not recognize S commands, so the view will only be a X&Y plane. Change the Laser Control Command to a Z and the Max Laser Value to a -.125 and generate the gcode again. Load it in UGS and and rotate the visualizer to an isometric view plane (if that is possible) and you will then be able to see the depth variances based on the shades in your image.

In the PicLaser image editor there is a Preview Gray Scale selection that gives you a general idea what your laser photo engraving will look like from a color image. I use it quite often when I’m editing an image. Nothing is perfect because there are so many other variables that effect the laser photo engraving’s outcome like your focal point size, Pixel Resolution (step over), feedrate, min/max laser power values and the material your engraving on.

There is always a Trial & Error period for each user before they achieve any successful results. There is nothing seen in a gcode visualizer that will help with this process either.

you should also check out some YouTube videos about raster laser engraving with Inkscape. there are some good resources out there. like this one.

you can also check out this Inkscape extension from the same software as F-Engrave
http://www.scorchworks.com/LaserDRW_extension/laserdrw_extension.html#download

Thanks. I like that LaserDRW extension, allowing to handle raster laser stuff on a Mac. Guess need to see if there’s a way to take that .LYZ file to Gcode on a mac. Looks like the LaserDRW software can export g-code, but looks (of course) to be windows software. Let the googling begin

Installed this raster to laser option for Inkscape. From visualizing the results in UGS, it looks to be doing what I think it should. Hopefully can get out to the machine soon and give it a test and see what happens. 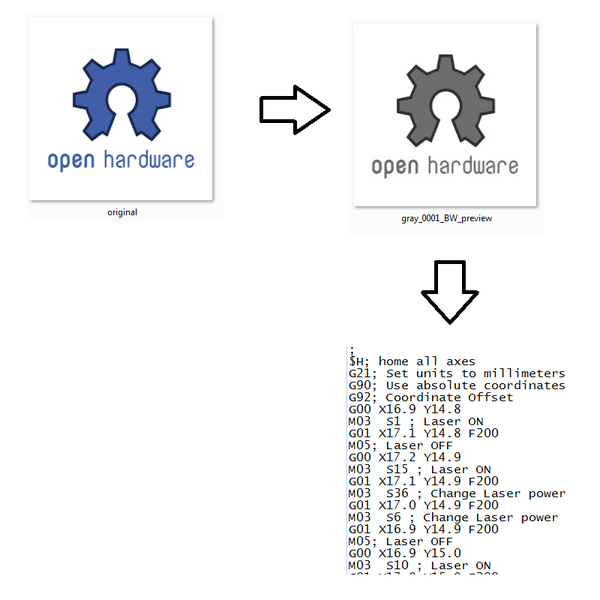 Raster 2 Laser GCode generator is an extension to generate Gcode for a laser cutter/engraver (or pen plotter), it can generate various type of outputs from a simple B&W (on/off) to a more detailed Grayscale (pwm). [Code on github...