Interesting concept here. I wonder how difficult it would be to convert topo / hydrographic charts to SVG shapes?

There are a few of threads here on that subject. Here’s a couple:

A co-worker is leaving so the boss asked me to come up with something for a going away gift. I did two separate projects and let him choose the one he liked best. I'm really liking the down-cut spiral bits.

I have a friend who invited us for the weekend to his lake house on Smith Mountain Lake, Va. While there, we went to a local boutique and they were selling a balsa wood 2.5D cutout of the lake for over $1000.00. While it was nice, I thought I could do better (opinion of course). So I went onto the EROS website at USGS where they host very nice topographic relief imagery of each state - and grabbed the Smith Mountain Lake area: [image] I then converted the image to grayscale in photoshop, …

I keep saying that this would make a great Tip Jar Project for someone that could do a Project and video taking a novice from start to finish.

I’ve done about a dozen bathymetry carvings now - mostly Superior but also some smaller lakes. I wouldn’t mind taking on this challenge, … except for the fact that the software I use is not open source and I’d have to come up with a more “open sourcey” technique to get the contours carve-able. I have no experience with Vcarve or any of the other specialized software but I wonder if that would be a better approach for a novice? 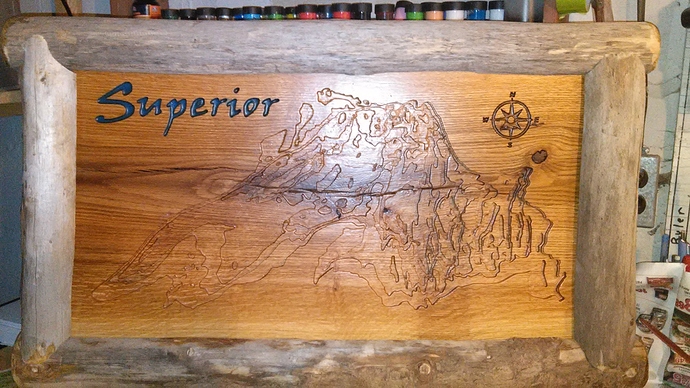 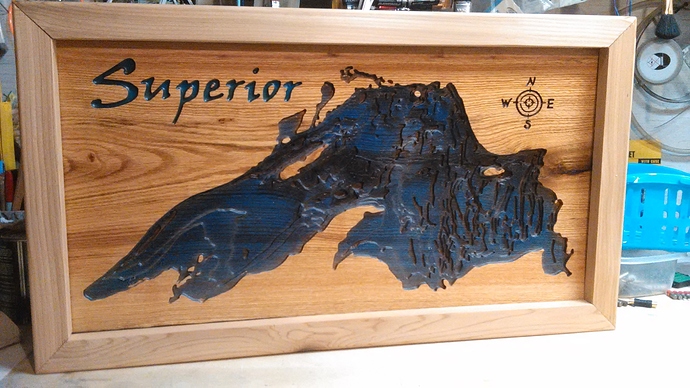