I want to Upgrade to a spindle

The upgraded z axis has been tested up to 40 lbs.

Regarding your spindle …this is exactly what I’m asking?

Please give me some info.

I’m pretty tech savvy, how was the installation and wiring? How did you wire to wall? Still use easel ? And if so, do you use it to turn spindle on and off?

How about noise? Cut quality?

I’ll be a sponge, just let me soak up the info!

Others too please. I imagine people have moved up or on from trim router. Or am I wrong in this?

how was the installation and wiring?

The installation wasn’t bad, the wiring pretty straight forward. I wired my VFD to a switch so I turn that on separately then turn the spindle off and on using the VFD.

How did you wire to wall?

I bought a 14/3 power cord from Home Depot for the VFD.

How about noise? Cut quality?

Cut quality is great, I have the water cooled spindle so its quiet, you will forget that you have it on. The bit cutting the wood makes the most noise.

I paid $400 for my first spindle, it was a Huanyang 110 volt air cooled. I set it all up but had one of the parameters set wrong when I first turned it on, the spindle got very hot and I had some smoke. I corrected the parameter and it worked good for about 3 months then the coil went out. It could of been because of the parameter I had set wrong or just a bad coil so I had to get another spindle. I found a guy in Florida that sells spindles so this time I went with a water cooled, it was $219, he also supplied the shielded cable that goes from the VFD to the spindle. Then I spent another $140 on a 12 volt converter, pump and coolant.
I would check and make sure the X axis and V wheels can handle a 2.2 kw spindle.
Russell

I just read most people threads that involve switching to a spindle were 2.2. Im not set on that. I make a lot of flags and signs out of pine, so mainly 3 hour carves at a time. The noise about my trim router bothers me the most. So far, I have not thought or experienced that the router was under powered at all.

Any links or info to what you’re using?

And…any complaints about the spindle swap?

yes, 13lbs is heavy for those V wheels and belts
The main reason I wanted to switch to a spindle was I could use up to 1/2" bits

Any links or info to what you’re using?

And…any complaints about the spindle swap?

No complaints on the swap other than spindles are expensive.
You can buy 5 routers for the price of one spindle and VFD setup.
Russell 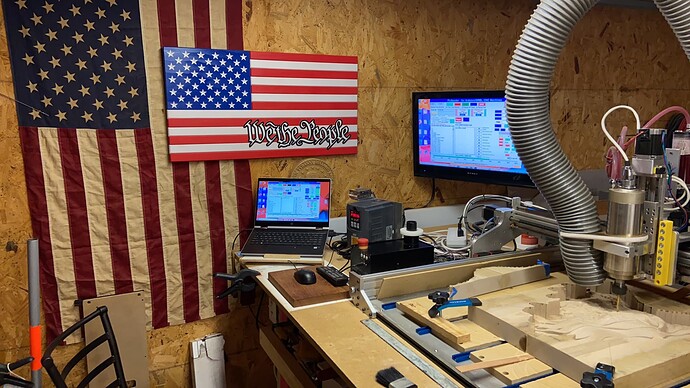 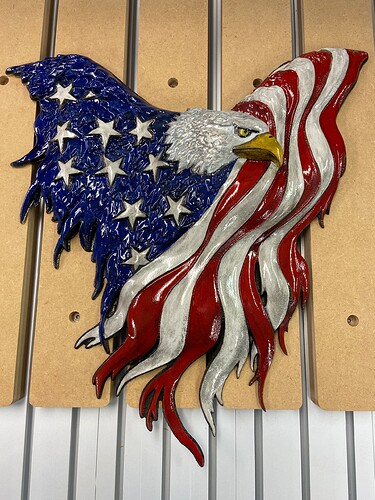 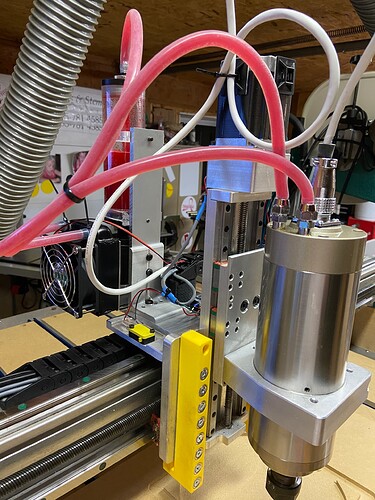 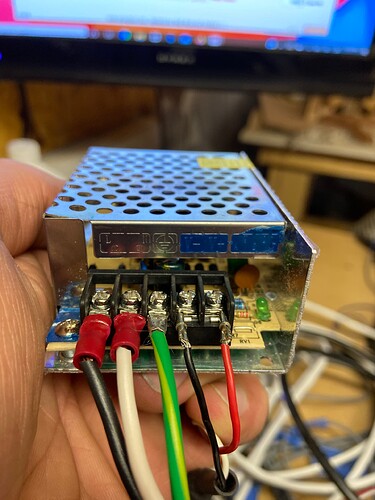 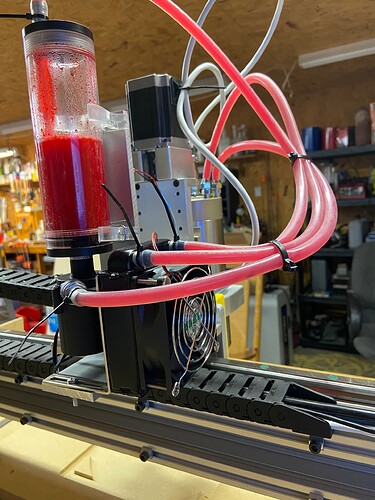 Wow awesome 3D project! I have done hundreds of two d but not 3 with my x carve yet.

I found a nice kit on here from someone normal looking in Florida. 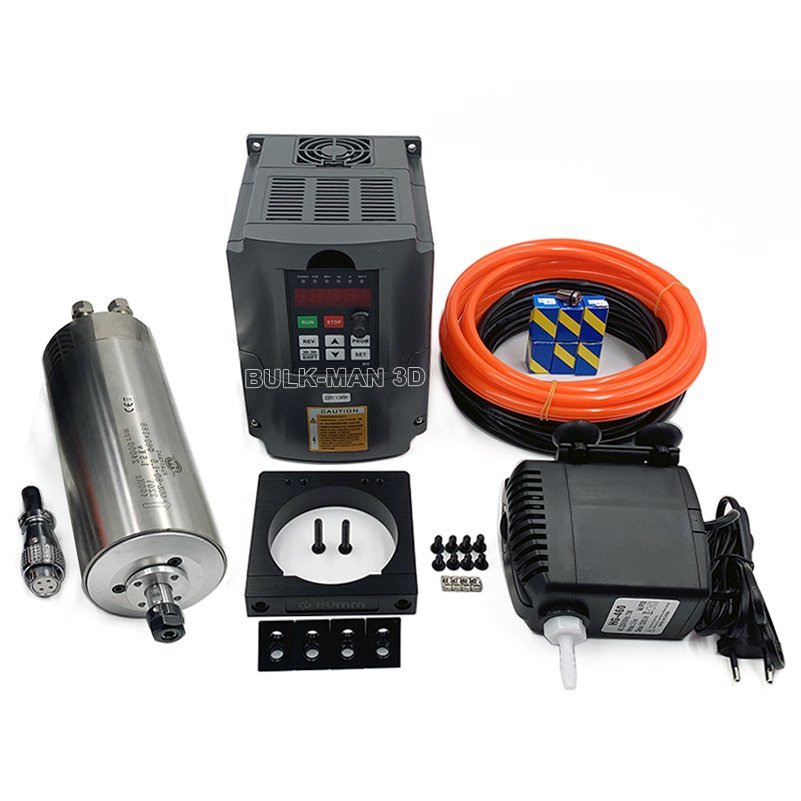 The 1.5kW Water Cooled Spindle Bundleis the most powerful Spindle we offer. It is a must have for anyone who takes their CNC machine serious. The 1.5kW Spindle and VFD Inverter in this bundle are h…

I’m not too sure I can pull off mounting all on my x axis. I will have to run a bucket. 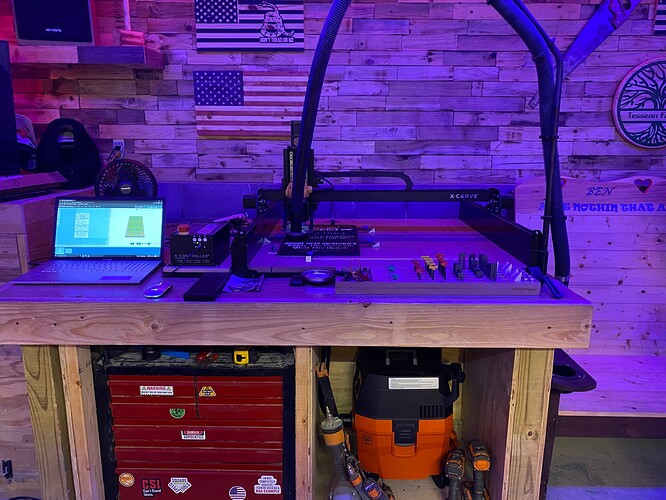 Just wanted to chime in and commend you on a nice looking setup. I recently added this articulating tv arm and they sell a tray that attaches to a vesa 100. 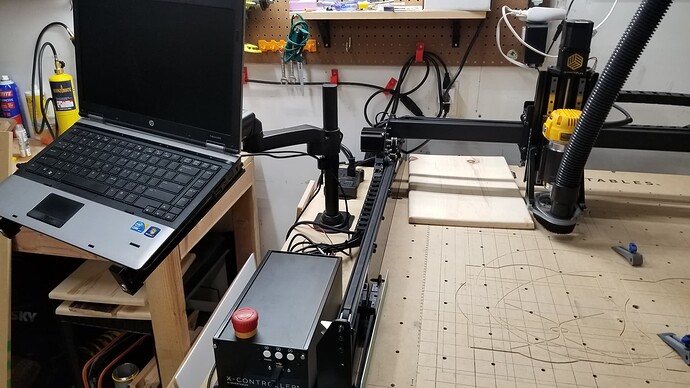 They’re surprisingly pretty cheap too, the trick is to search for articulating monitor stand, they already come with a Vesa mounting bracket. They usually have two ways of mounting, through the table- or it comes with a clamp but the clamp didnt spread wide enough for a 1x4 and a 3/4" table top… if I could do it all over again I’d have just carved the actual tray with a vesa hole spacing.

Still deciding on spindle or sticking it out with the dwp611.

Can’t offer too much help on that besides offering my personal experience and some speculation based on the pic of your setup.
I got an X Carve about two years ago, wanting to do some arcade control panels I realized the bed was small, but made a TON of cool stuff and with tiling was able to pull off what I wanted, but I wanted a bigger machine to load a 4x4 sheet and rock n roll. So I went ahead and bought a Queenbee1515, and I too was on the fence over which router or spindle I wanted, (my boss at work liked the idea of having a cnc here at the shop so he bought one and I got to build 2!) and on both we had the choice to make, and decided on the Makita router. Compared to the dewalt router i was used to with the X Carve, the Makita had a different spectrum of control, think of your dewalt if it had a -3 on the dial. I’ve cut sheet aluminum, coroplast board (coroboard) 4mil and 10mil thick, clear acrylic, and the ability to dial the Makita down low was a big help.
We thought about a Spindle but for what it is and the cost of the actual machine and what I wanted to do with it made the Makita the perfect choice for me.
The spindles I was looking at ended up being too heavy for my liking, especially for the X carve even post upgrade, and I personally felt like the whole coolant thing would have gotten more in the way than I’d have had the patience for.

So do you run the makita on your xcarve ? And if so, any mods to put it in the current mount ? How is the sound compared to dewalt ?

No I still run the dewalt on my X Carve, because I only bought the one for the Queenbee.
The Makita is quieter in my opinion but I cut MDF at 90ipm with a 1/4" bit and it does make some killer cutting noises…(note the Makita is on my Queenbee).
As far as adding it to the X Carve, the makita is thinner (65mm) than the Dewalt, so you’ll need a shim. (3D Printed? Petg?)
Adding a pic of my Makita mounted, bought another vac system from Inventables and modified it work independently like on my X Carve, really like how it stays stationary. They sell those router mounting brackets on amazon, taking measurements now for you to see if it will be able to maybe fit over on my x carve… easiest way is with a shim spacer. The bracket I have would fit on the x carve upgraded z plate but you’d have to get a smidge creative, not too bad though. Cool thing about the bracket is they sell a round LED light that goes under it too lol. 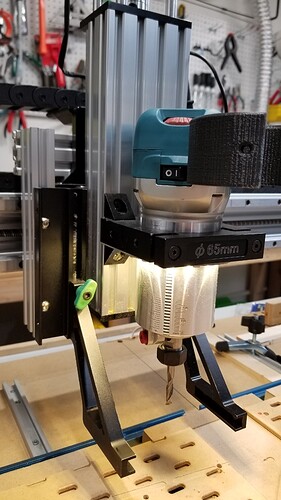 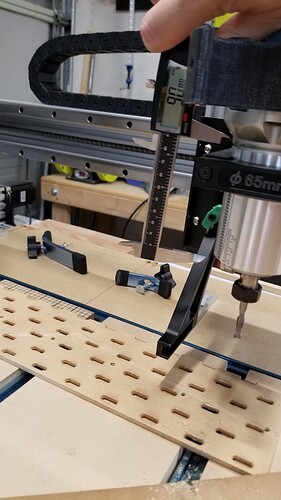 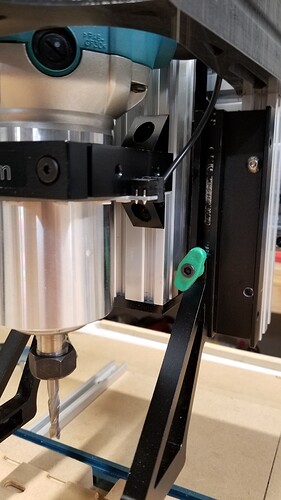 As far as adding it to the X Carve, the makita is thinner (65mm) than the Dewalt, so you’ll need a shim. (3D Printed? Petg?)

There are dedicated mounts that one can buy, but I do believe people have had good success with making a shim or two out of their favorite aluminum beverage can.

Link to said mount you can buy?

check aliexpress. I recently bought a 82mm mount for $10 and its prefect.

If you want to Buy…

If you want to 3D Print…

X-Carve spindle mount for the Makita RT0701C router or other routers with a diameter of 65mm. Designed to fit the generic spindle mount plate, Inventables part # 30287-01.

If you want to machine it… 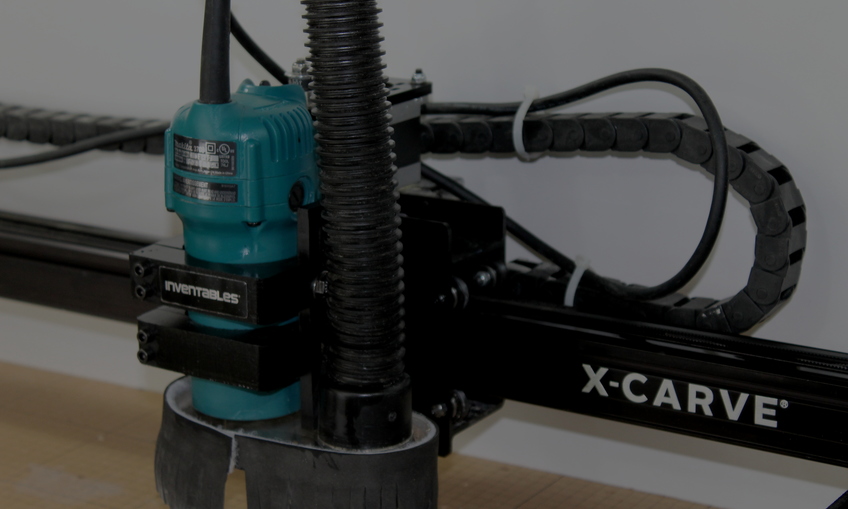 This is a spindle mount and dust collection set up for a Makita trim router on the x-carve. The clamp should work with any trim router with a body size of 2.53"

Here’s one at Carbide3D; they tend to use the Makita (or their clone) for the standard Shapeoko’s, but you would have to figure out mounting.

If you've got our Shapeoko HDZ upgrade and want a more robust mount for your Carbide Compact Router, Makita Router, or any other 65MM spindle, this is for you.  It's a custom made, precision machined, aluminum mount unlike any other....

I found this guy on etsy. He has a bunch of cool products on there you guys should look at. Vinyl drag and permanent marker drag, sign holder for your z axis. Anyway, this sleeve is on there too!