This is not my design, but I liked it and thought it was worth sharing. 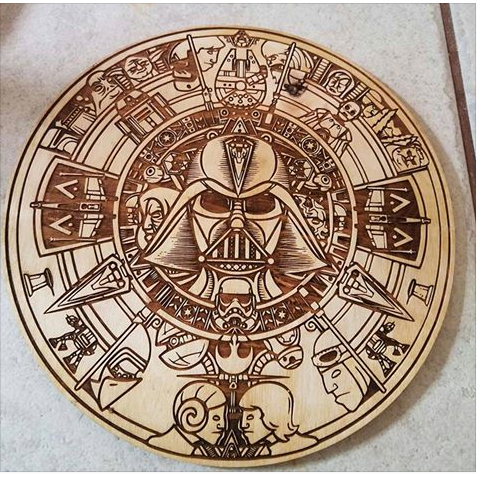 And where does one find the STL?

That is great… I’ll have to do that one. Thanks @AllenMassey

I gave it a quick try on the K40. Turned out pretty cool. I’m going to do another on tile. 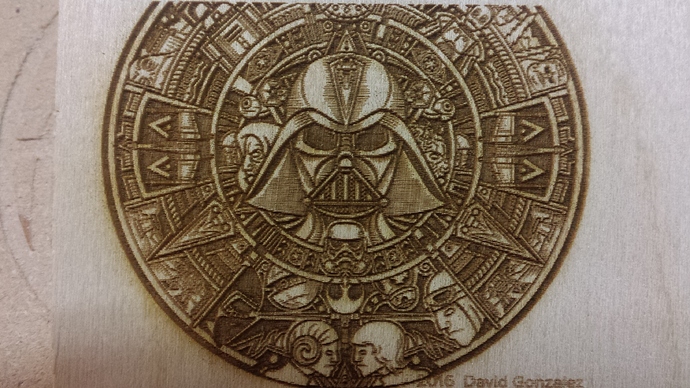 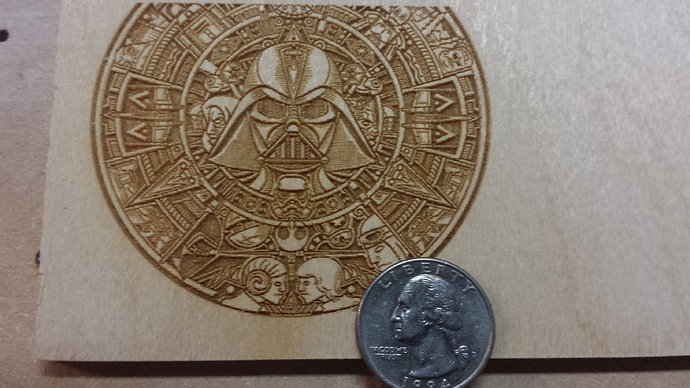 That looks crazy good! Did you make from a bitmap image off the web?

I need to hurry and get a laser.

but where’s the original file, all i find are screenshots and lasered versions?

I found one with a wood texture background.

I’ll see what I can do to clean it up

getting ready for a 6h cut…

It looks like spent a long time creating a vector image! That is going to be great.

no manual tracing, with the exception of Kylo Ren, who was black, thus inverted. I added 1 extra path to get him to cut right.

Assuming you just did a BMP import into VCarve of this guy … ? I don’t get back to my PC until tomorrow afternoon sometime. 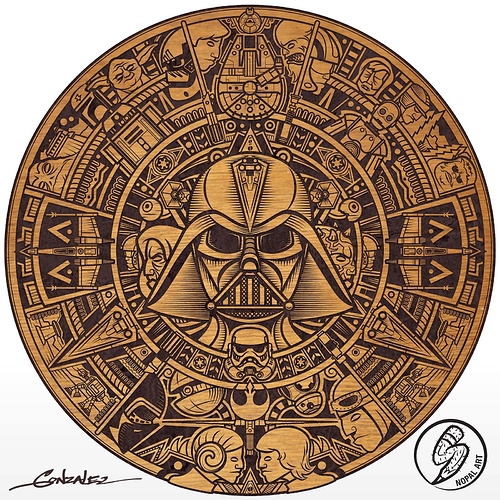 What diameter was it?

This fellow is selling the DXF file for $5 on Etsy.

it’s not his design to sell.
and it’s not that high quality from the looks of it. Mine is better

So you’re selling it on Etsy

According to the Etsy store, the fellow selling the DXF file is someone named Bobby Shea

He’s selling those too on Etsy I think, at least they are in the pics on Etsy.