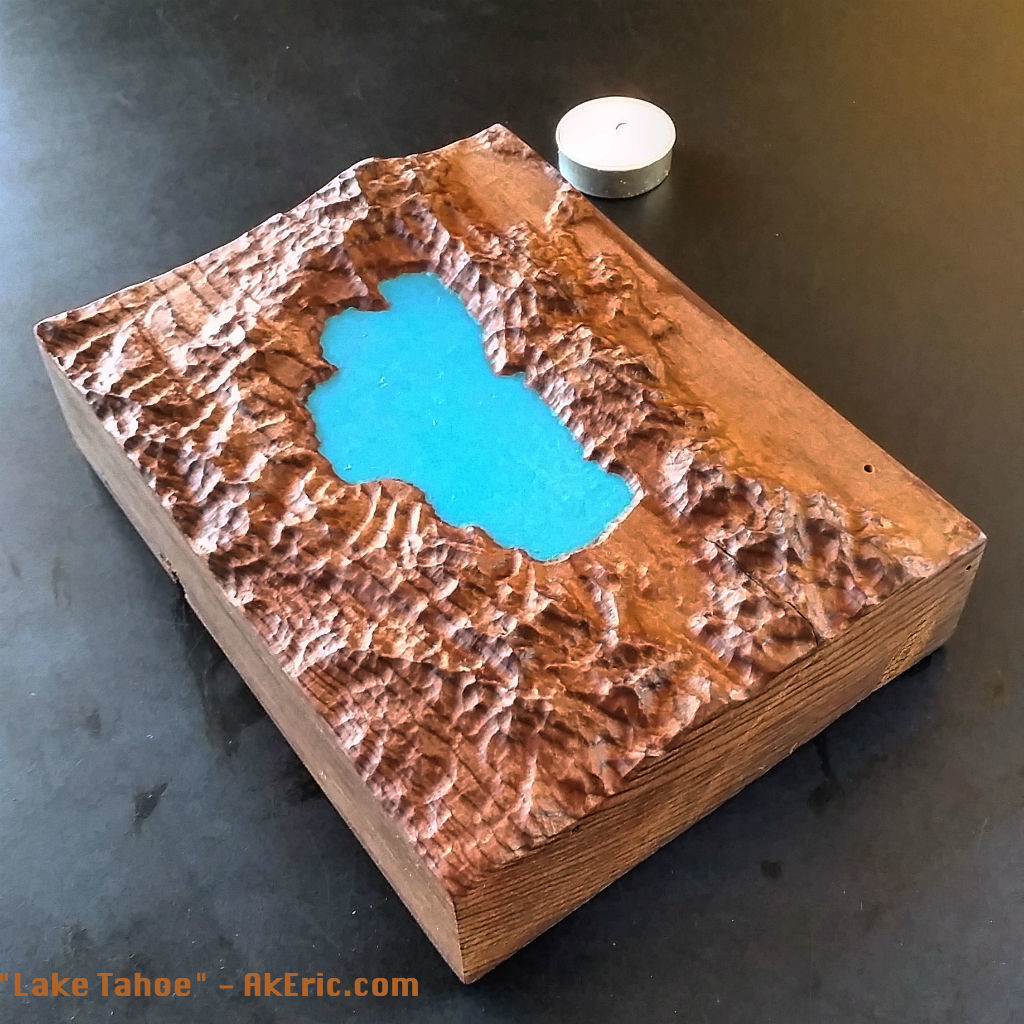 That looks great! What did you use to fill in the water?

It’s just blue spray-paint, that I applied with a small brush

Nice! Emerald Bay and Fannette Island is one of my favorite places on Earth!

How did you create the 3D model? How did you get the map data and create G-code from it? Very impressive.

This is the kind of stuff I NEED to be able to make: 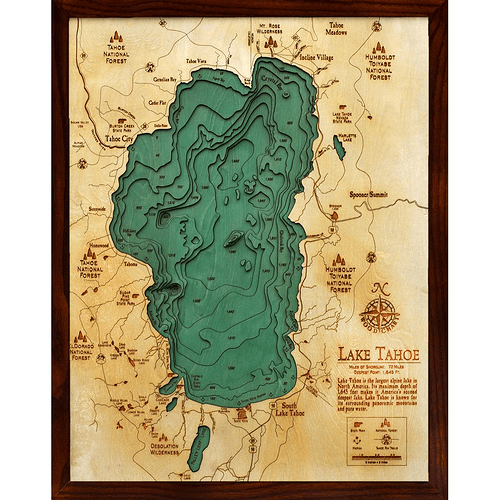 I’m always amazed at how deep Lake Tahoe is, especially with respect to the surrounding geopraphy. At 1600 ft deep, the bottom of the lake is actually 95 ft BELOW Carson City on the other side of the mountain range! It is the third deepest lake in North America.

Eventually being able to make this:

I keep saying that this should be at least a $100 gift card bounty for a full-blown tutorial.

@Alex1380 : I use an awesome little web app to capture the stl data:
http://jthatch.com/Terrain2STL/
From there I modify it as needed in a 3d modeling package (in my case, Autodesk Maya), and from there generate the CAM from the 3d mesh via MeshCAM.

@MidnightMaker : You could use the same toolsuite as above if you know how to author shaders in 3d apps (like Maya, Max, Blender, etc): The very rough overview would be:

In your 3d software, after you import the stl, you could create a grayscale ramp texture applied to the material assigned to the mesh so that it shades the relief map with stair-step levels of gray. From there you’d render the mesh from the top, giving you a nice grayscale topomap image of the 3d data, that you could in-turn take into Inkscape\Illustrator and do an edge trace on, extracting a colored svg for each level, for cutting in easel.

Oooorrr, you could simply take the 3d mesh data, and boolean out slices at each level, allowing you to cut each level one at a time, for later gluing together.

I’m also ready for the laser upgrade MM. Where did you see this one? I’ve done quite a few lake maps with the scroll saw, including some where I’ve left the topo map glued to the top layer and folks always tell me they like these best. It would be really cool to add my own laser engraved details, now that I’ve started cutting from solid slabs.

Nice I like it. I imported it to fusion without problems

used meshmixer to cut out the part I wanted. I found the selection tool in terrain2stl alittle crude.

By far, the most popular laser upgrade on this forum is through J Tech. So many members here refer to the owner by name and say he gives first rate customer service. His entry level laser that does most of what we need it to do is the 2.8W. Your mileage may vary on whether you want to upgrade to cut through thicker materials. Many members have also posted .stl files for mounts, sources for heat sinks, etc. and also how to switch from Z-axis to laser on/off. The stiffening mod is also helpful for the rapids that laser files generate.