I just bought a JTech 2.8W laser. After set up, I turned it on and set it to the 3" height that is suggested. I am attaching a few pictures. The beam is more of a rectangle than a dot. I was looking for some guidance on this. Thank you all. 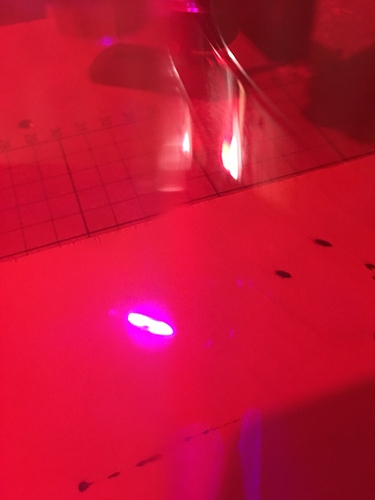 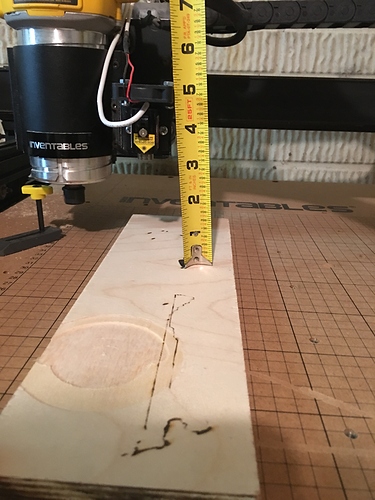 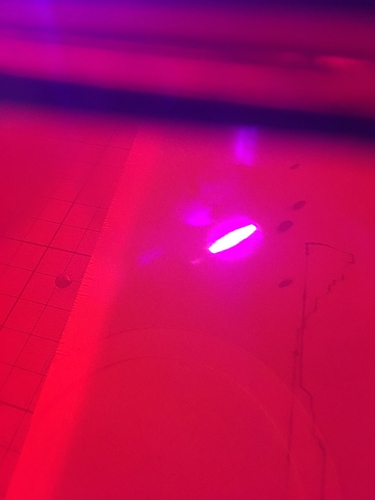 So you just bought a fancy new laser and now you are wondering how do I get the results that J Tech is getting when I know nothing about lasers?  The answer is that you need to always have the laser be at minimum focus to be able to perform cuts...

I use mine a 2 1/2 inch above the work area and my rectangle (spot) in nowhere that large. is you lens in the laser correct? what lens is in there? I would check these first.

mine is also a rectangle but is much smaller in size.

I’m just sitting back learning, but, isn’t the spot supposed to be round?

from the J-Tech site that was linked to above

Why is the beam a rectangle and not a spot and what is all the extra light?
Each diode will have an “emitter” in it that is where the laser light comes from. This is seen in the above picture with the rectangle portion labeled “LASER”. There is also some other light that is emitted from the other portions of the diode that are not included in the optical cavity of the laser. This light is probably what you are seeing. It also can be from various reflections from the very large angle light coming out of the diode. The lens have been designed to reduce these reflections but they can still be present. All of the “extra” light has nothing to do with the actual laser and its ability to cut and engrave.

this is only a small portion of the information in that article. a real must read if you want to understand what the laser is capable of.

I’m jealous of those of you who went the route with the J-Tech laser system. I got the china 40w laser and you all are pretty much doing everything I can with a lot more work surface. I guess I might have to rub the wife’s feet a couple of times to get allowance to get another laser system.

we can cut but you need to know the limits. or as stated be in no hurry.

Not to highjack, but does everyone in the vicinity of the laser need goggles, or just the operator?
If I buy a laser, should I also order several pair of safety glasses?

I have several pairs, so anyone that comes near the machine while it is operating has eye protection.

No, It’s more dangerous than those items.

If you look into or at the light of welder (arc or tig) you will get welders burn which is painful but treatable, sometimes with permanent damage but usually just a hard lesson learned. Laser on the other hand you get no second chance. laser = permanent blindness.

When I replaced my lens with a new one it looked just like that because I put it in backwards. I took it out, put the focusing ring on the other side, put it back and all was good again.

@ShaneBell was right… just had to take the silver thumb screw off and adjust the actual lens holder. Much better. Thank you everyone for the replies.

Are there any examples of that?
That’s exactly what I worry about, someone walking into the shop. (wife, neighbor, etc)

A new model for laser-induced thermal damage in the retina

Shane,
Thank you.
I will start studying up on it.

All this has me freaking out a little bit. I’ve looked at my laser a handful of times on accident but only for a fraction of a second. How quickly can it damage your eyes?

How quickly can it damage your eyes?

Directly down the axis of the beam - instantaneous and not reversible.

Most likely you looked at a reflection, which can be just as bad depending on the surface that reflected the beam.

In my opinion, the only way to go is with a light tight box around everything with a certified laser safety window for inspection.
.

Larry,
can you explain a light box?
Pictures maybe?