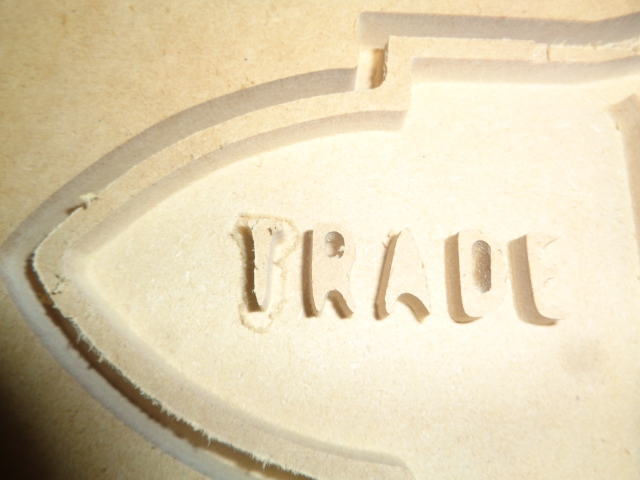 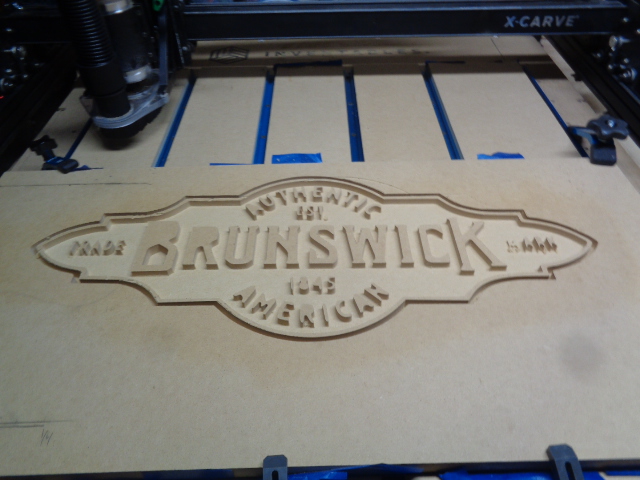 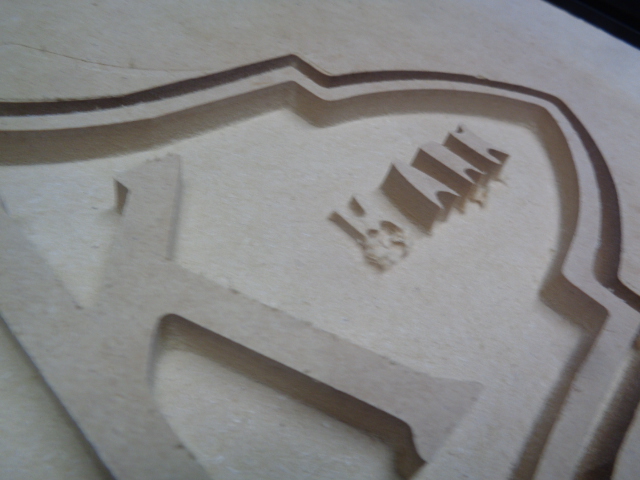 Why use 4 on the Dewalt? You should be at one.

I’d try lowering the Dewalt speed for sure.

So the rest of the settings look ok? 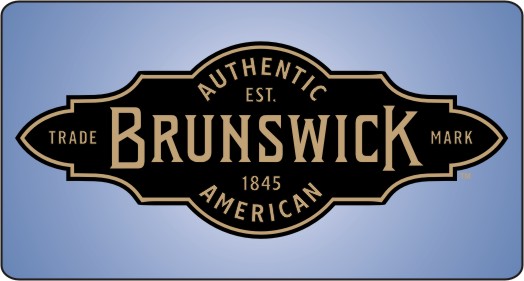 The other option is to use a 1/32" detail bit and run it first, then hog out the remaining with your roughing bit.

Ok I will give that try tonight, building another shed while the weather is warm.

It’s a ballnose so unless your software accounts for that, it may not do what you want.

You can also decrease the depth you’re carving. How deep is that going?

I’m suggesting what you are, only in reverse. I’ve found that with brittle things and soft woods, such as cedar and sometimes pine, I get much better detail if I run the detail pass first and then let the larger bit clear the rest away.

You’re relatively unlikely to have a bunch of chipout when cutting a profile but the larger bit can easily tear out a larger piece than you intended, and if that happens, your detail pass after the fact won’t do anything for you.

Yea what he said…I’ve noticed some of that on cedar.

Just be careful with Easel multi-stage, the last time I did a detail pass, it took some rather generous assumptions that the roughing pass was done first and did some rapids with the bit below the work zero…which is fine if the area had been cleared previously but if not…bye bye bit!

You can do it in 2 toolpaths.

How can this be with toolpath #1? It has to know there is a vcarve at the end, but no v-bit is being used. I’d think you’d be in danger of having toolpath #1 clear out some material that would be needed for toolpath #2.

Toolpath #2 would be a v-carve path with clear out bit… no problem there. Wouldn’t you have to define toolpath #1 as a vcarve path, too? I’d think a pocket path would mess it up.

If you use the actual Vcarve toolpath, I believe that the chain breaks down because of that. If it’s just pocketing it’d work.

There might be a method using the Vcarve offset value.

I’ll look a little more into it tonight.

I ran into the chipping issue with cedar. I lowered the height of the letters to 1/16" and it worked out much better

Depth of final would have been a little under .50 if I hadn’t stopped the run. When I tried to put the .25 in it said it was to big. The 1/8" bit i’m using is a compression up/down spiral. I wanted the letters to stand way out for the sign, going to change it to .25 depth. Glad it was just a trial run, Customer wants it in wood although I don’t know why as it’s being painted.

The only thing I was running on the Rough was the Profile cut though on this. The tear out on those two letters started with the second pass. 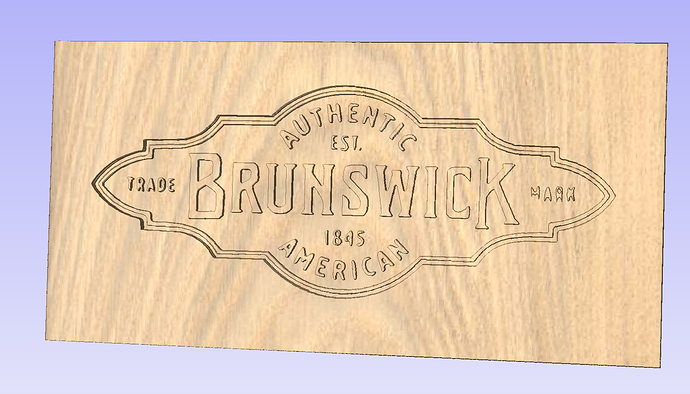 Looks like a tracing issue. Was this traced in Easel?