My favorite upgrade with 20$ Endoscope camera + my 611 dust boot

I found this inexpensive camera on amazon by accident and for 20$ this just made whole lot of sense to add it to my system for job monitoring. 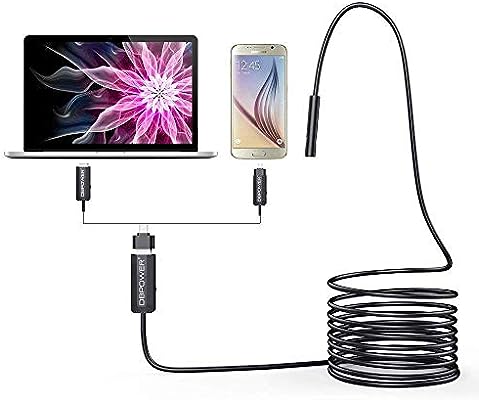 The quality of it for that price just shocked me ! comes with nice LED light around the lens that you can regulate on USB plug. Very long, light weight wire that you can run along your router cable, dust collect etc.
You can also get few mirrors for 15$ to change angle but I was worried mirror will grab to much dust. I cant confirm but I would imagine this can run just fine on variety of inexpensive android tablets with micro usb converter.
Installs just as another camera in Windows and you can do anything with it like capturing, streaming, etc.
I personally grabbed it as capture device VLC and streamed it to my LAN.

I recorder one of my random jobs so you can see how well it works:

Also few pictures how I mounted it on my dust collector: 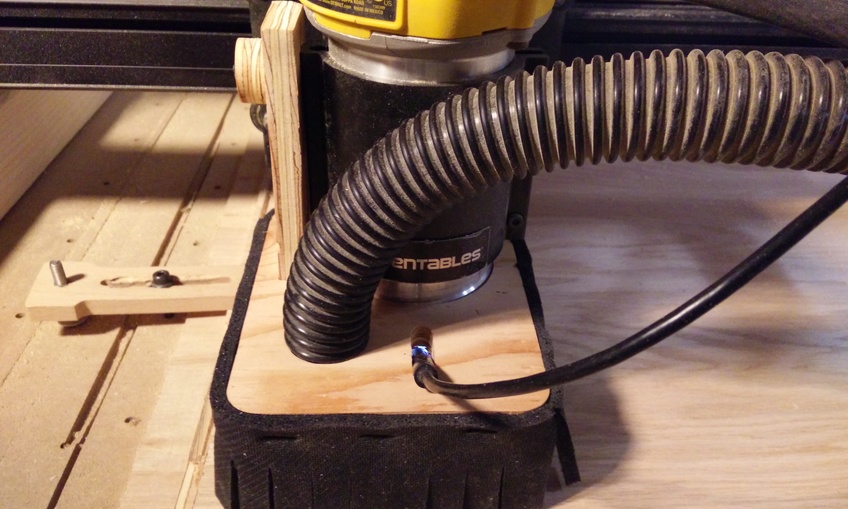 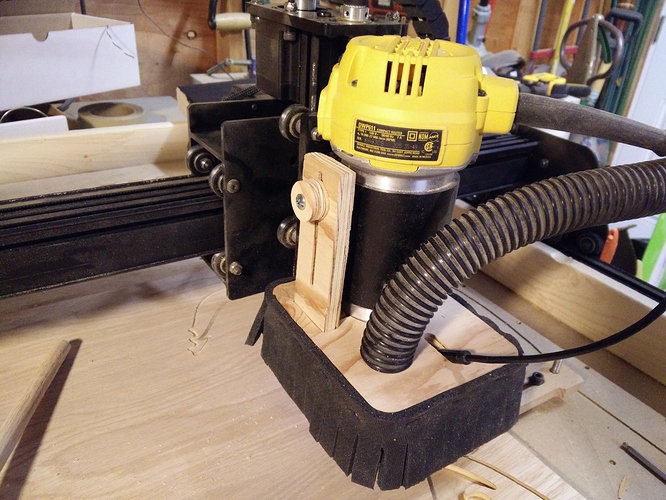 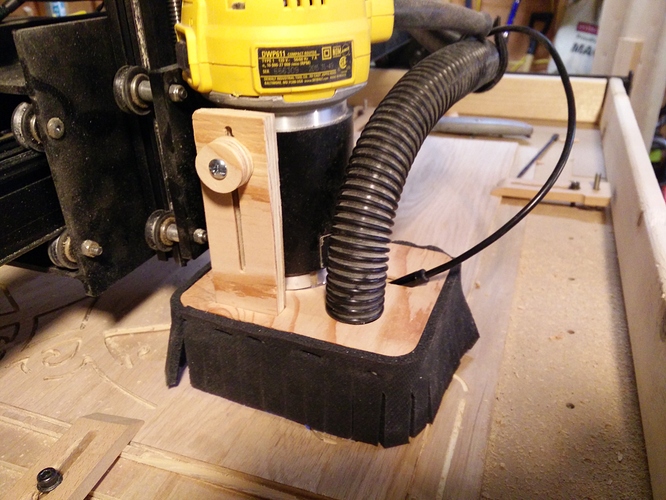 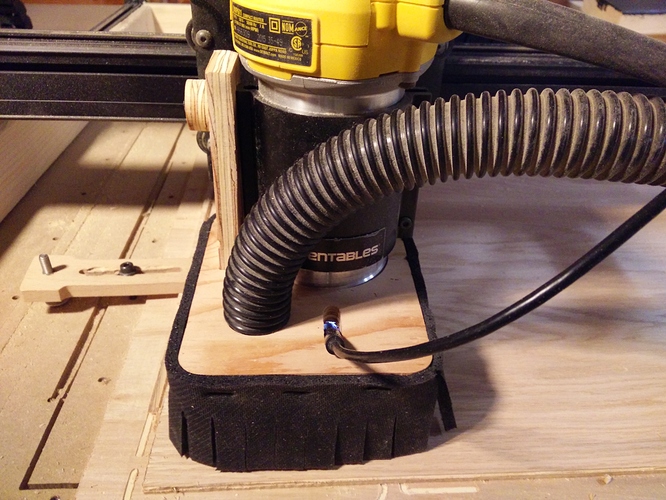 Great find, and that’s great picture quality! I like the boot too, good design.

That is really nice, I just ordered one. $26 on Prime

lol they bumped price by 5$ since yesterday

I like this and it is a great way to be safe while still keeping an eye on the business end of things.

@RichardShannon - Glad to hear you say that. When cutting, I feel a little like a Lab watching food.

My camera showed up today, I am surprised at how well it works! It even came with some pretty good video capture software.

“Not intended for medical procedures”

I cannot even imagine the awkward conversation with the help desk that made them feel the need to place that warning on it.

That is a great question, the disk that came with it has a windows program on it. But the device is a standard USB video camera so I would assume that Linux would see it as a video device, but without checking it is just a guess.

I’m running windows and ubuntu…when mine gets here I will try it out on linux.

Just connect it to android phone … Grabbed first random free app of market for USB camera, works just fine !
Android isbvrry much Linux kernel so yeah thus will work on anything I’m sure. 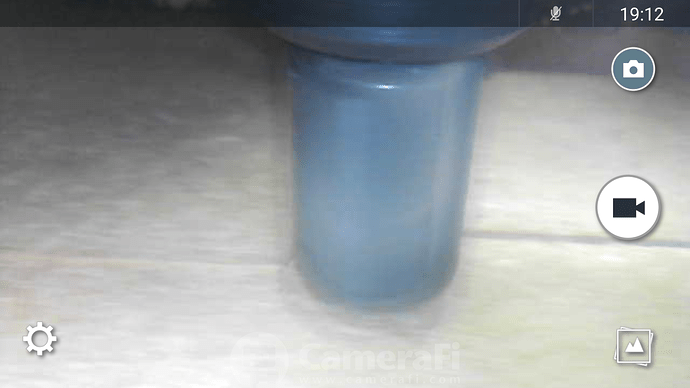 I plugged in the endoscope, fired up a webcam program and had video from the camera in seconds. Didn’t have to do anything…except choose the correct camera…my other one was the default.

Mine was on /dev/video1

It’s not that, it’s that they are trying not to get nailed by the FDA for selling a medical device. I manage all the FDA compliance for a company that makes medical devices … it’s not trivial.

I’m actually surprised that they used the word “endoscope” in the title, as that is a specific medical device.

You could use it at a vets though, no regulation for devices there.

I just tried to hook up this endoscope today, Windows 10 recognizes the device as PcCam, but the software just show a black screen, and the light on camera does not come on. I’ve tried two machines, same results.
It seems as though this has just worked for everyone else, so I probably got a bad one, but I wanted to double check that I wasn’t missing something stupidly obvious…

When you plug it in to the USB, does the light come on immediately? If so, mine is definitely a bad one.

I had the same thing…if I remember correctly change the resolution in the software to what the instructions say and it works great.

I’ve used it in both linux and windows, in windows I had to change the resolution in the software, in linux no changes…

Hmm, this time it worked on the “default” resolution, but if I choose a resolution it doesn’t work.
Still no idea how to turn the light on.
Seems strange, but at least it’s kinda working.

I’ll check mine tomorrow and see how mine is setup…