My Journey to a Rotary Axis on the X-Carve

To get to the point I am at with the rotary axis was a major upgrade to my X-Carve with multiple steps. I know this has been posted before in pieces on the It’s Alive thread, but I figured I would put it all in one place. Here is what I had to do to get this working: 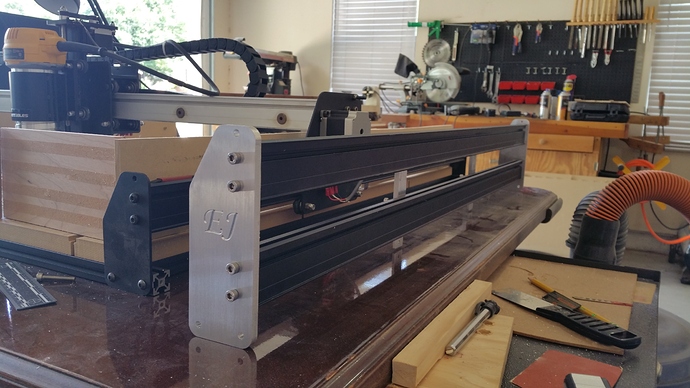 2 - I replaced the Z-Axis to allow almost 6" of vertical movement. I bought this one from ebay I also had to machine a new plate to attach the Dewalt mount to the new axis: 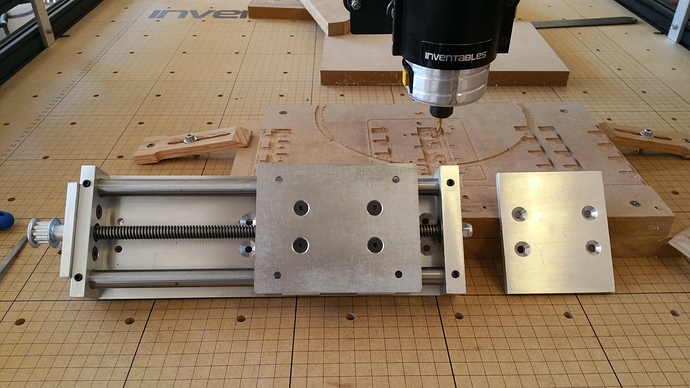 4 - Since GRBL does not support a rotary axis I had to replace the electronics. I went with a Gecko G540 and an Ethernet SmoothStepper as well as a Gecko G251 to add a fifth motor controller. I bought a fully assembled controller this time from http://www.camtronics-cnc.com/. 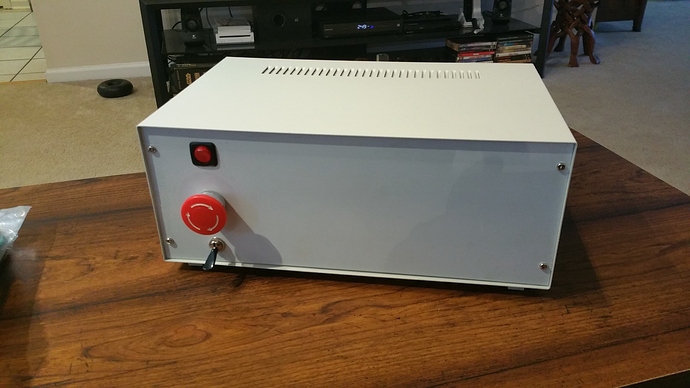 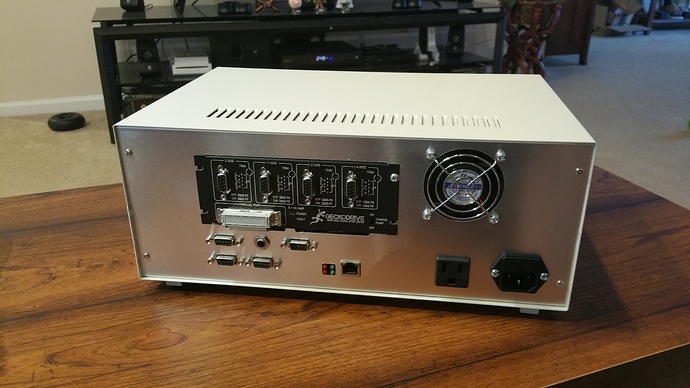 5 - And again, since GRBL does not support a rotary axis I had to change software as well. I went with Mach3 to control everything. I tweaked one of the Mach3 Interface screens so it worked better with my process and larger monitor in the shop. Here is Mach3 and the Controller all wired up. 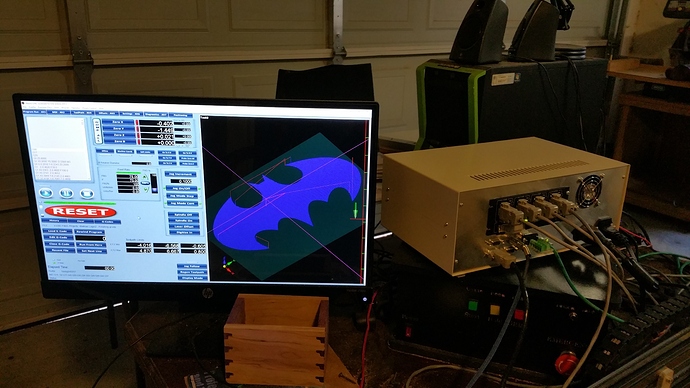 6 - And all of that brought me to where I am now with my first cut on the rotary axis with all of the new things in place:
Rounding an oak block round, roughing and finally finishing passes. 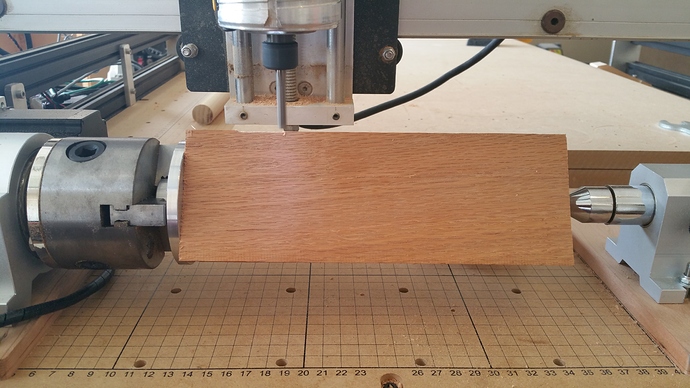 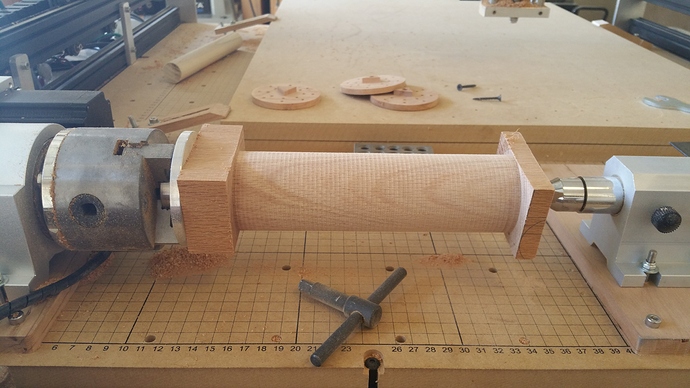 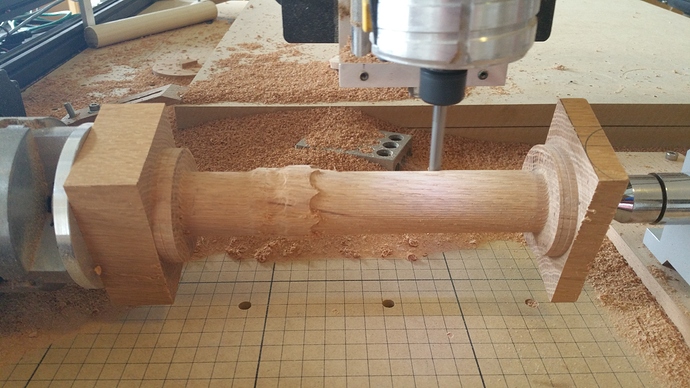 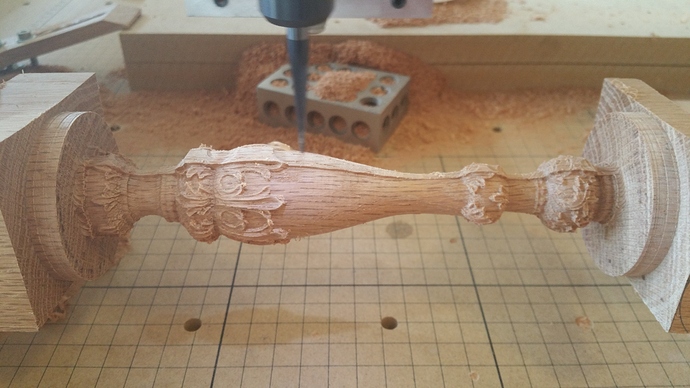 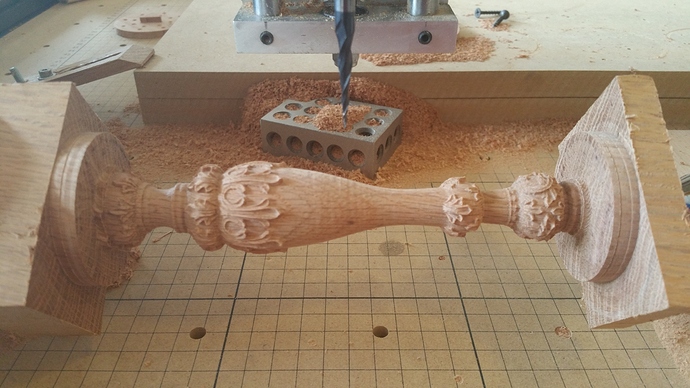 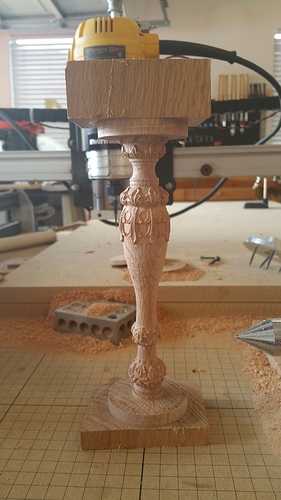 I gotta say that is one awesome upgrade I personally could not go 1k for an upgrade as awesome as that one is. Nice job!

That is freaking AMAZING.
Awesome job

Oh wow, now THAT is awesome!

That’s awesome!!! How long did it take to carve that?

Very nice!
What software did you use?
What kind of model? (where did you get it?)
How long did the carve take?

Very nice. Now you can start making these: 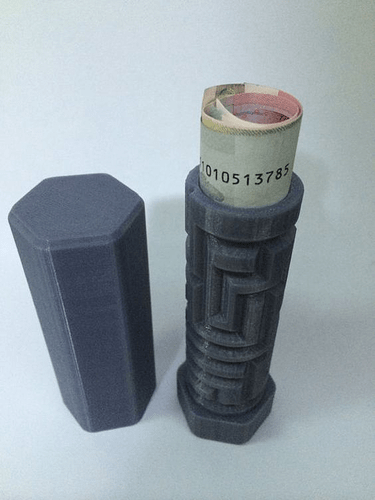 I was way too conservative on my feedrates for this piece, I am still getting a grip on rotational speeds, instead of inches per minute it is in degrees…

This piece took much longer then it should have, roughing and finishing passes probably took 3 hours combined or more (I normally record all carving times, but not this time as I was still getting everything setup. I will run another rotary job and take good notes).

The nice thing about generating toolpaths for the rotary axis, you can use whatever you are familiar with. If you are setting it up from scratch, you have to setup the cylinder as if it was unwrapped and laying out flat. So your workpiece is simply length x circumference. You can use any of the cam programs to do this, I generated a few to test and then used CNC Wrapper ( http://www.cncwrapper.com/ ) to process the toolpath into a rotary toolpath.

Aspire does a great job of unwrapping your cylinder as well. From what I have read Fusion360 can also do this…as well as a number of programs.

The carve above was done using an STL file, I think I got it off of Ebay in a bundle of STL files. I processed the job using Aspire and their Mach3 rotary post processor.

Edit: I also used CNC Wrapper to generate the toolpath that rounded the oak board into a cylinder. The board was about 2" x 3" and I ended up with a 2" diameter cylinder.

Rounded a small cherry branch using the G-Code generated by CNC Wrapper, I used a 3/4" bit and really cranked up the speed, it only took 8 minutes. 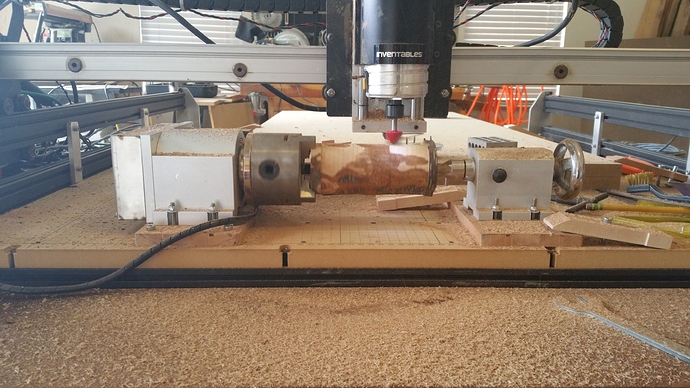 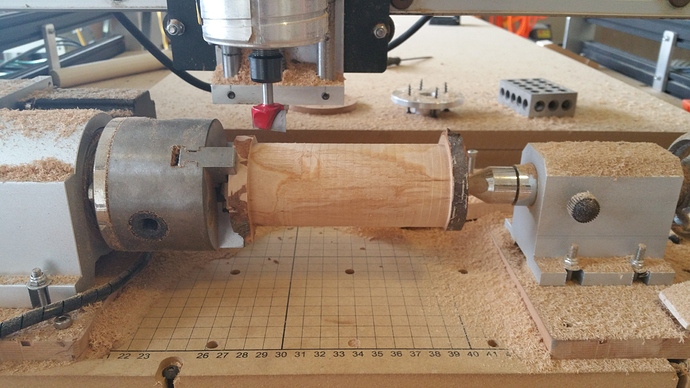 I would really like to see a video of it in action. Time lapse would be even better if you can do that

I ordered this rotary axis from ebay

I noticed you got a 3 jaw chuck and use a adaptor plate to hold square stock. Do you prefer this or do you think getting a 4 jaw chuck would be better?

Here is a small skull carved on the rotary axis…

The roughing was 45 minutes with a 1/4" endmill
The finishing was 1:14 with a 0.5mm radius tapered ballnose

The time was probably double what it should have been because the supports were way too long. 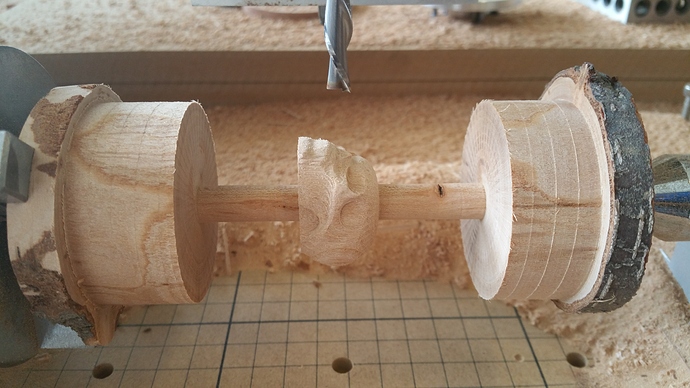 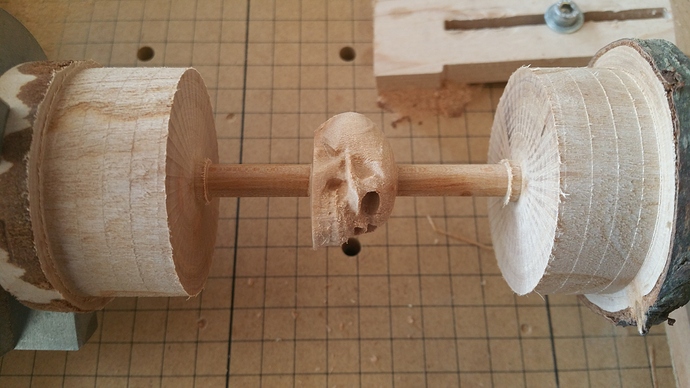 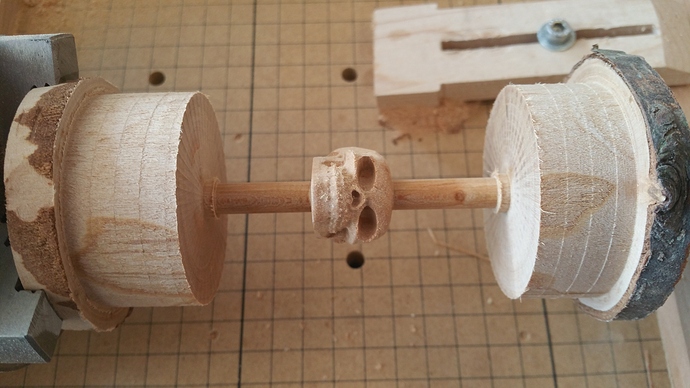 I prefer a 4 jaw chuck, I still haven’t taken this chuck off to see what is in there. I have a couple 4 jaw chucks, so if one fits that would be great. 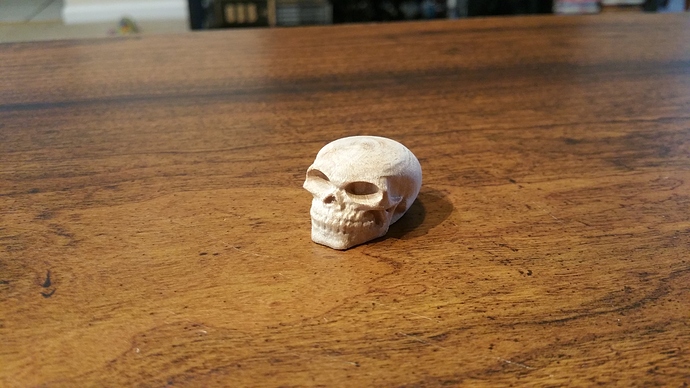 Wow. Initially i was thinking it would be faster to turn the piece down on a wood lathe and then finish it up on the x-carve, but now I see it probably wouldn’t be. This is such a cool upgrade/modification. Out of my price range but it sure has me thinking:thinking:

very spectacular upgrade. I had thought that an additional axis would make the Xcarve a much more versatile machine and had even started considering building it myself. What I could not figure out was the software part and i can see you sorted that issue nicely.
Congrats!

I’ve been dreaming of a 4th axis. This is beautiful. Thank you for posting this.

I too have been wanting to add a rotary axis. I am very interested in trying this out!
Although, I have so many parts left over from my various upgrades I am now considering making a second, dedicated rotary axis machine (permanent setup, no Y axis).
Your success has inspired me to really pursue this.

if no y axis is used could this be done on a standard arduino/gshield electronics setup?