Figured I would make a thread to share some of my latest carves too!
I enjoy getting to see others carves because at the very least it may give others an idea for a project, gift, etc we had not thought of yet.
11" x 24" - for our friends son’s wedding 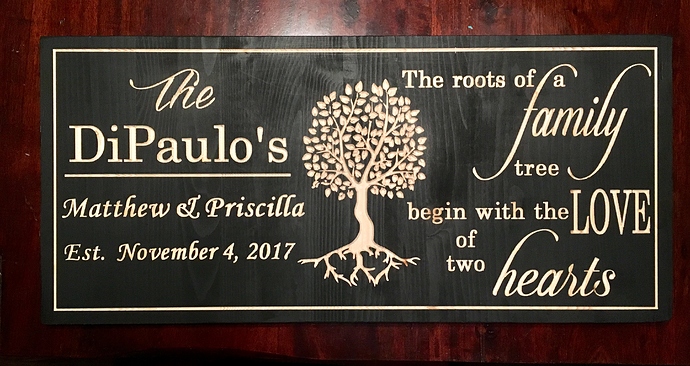 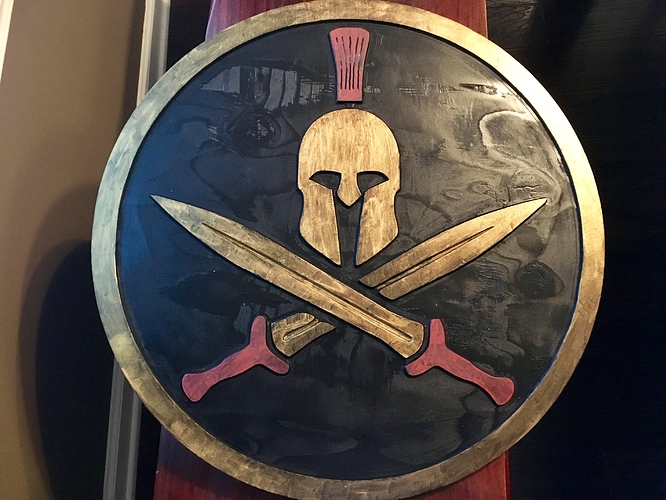 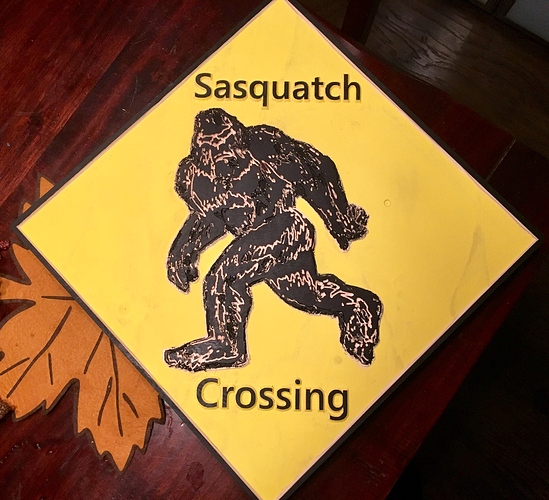 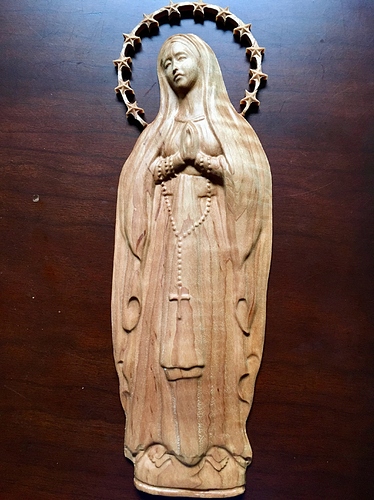 12.5" tall - Celtic Cross(from an STL design I did a year ago, originally for my 3D printer) 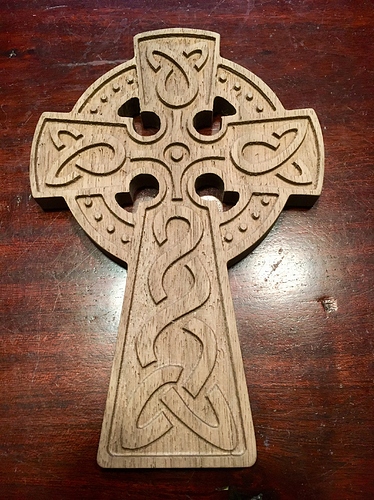 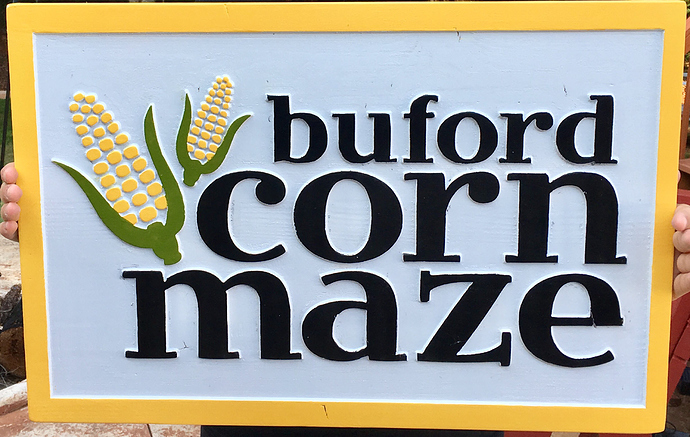 Congragulations Matt and Pricilla.
THIS IS SPARTA!!!
That was not my best photo
Simply Amazing
Great Detail work

Thanks very much!
I went back and added some comments to the pics. Pics don’t always convey a good idea of project size, so I found it’s helpful to include dimensions. :-)

Great…now I get to go to the corn maze (or drive by it) and see if the sign is there.

Good job on these! The cross looks amazing.

Thanks!
They were using the sign on the wagon setup in the shed where people take family pictures. I think this past weekend may have been the last for this season though?

Looks awesome!! One question. Anywhere cheap you of where I could buy the 23" diameters?

11" diameter - for my daughter 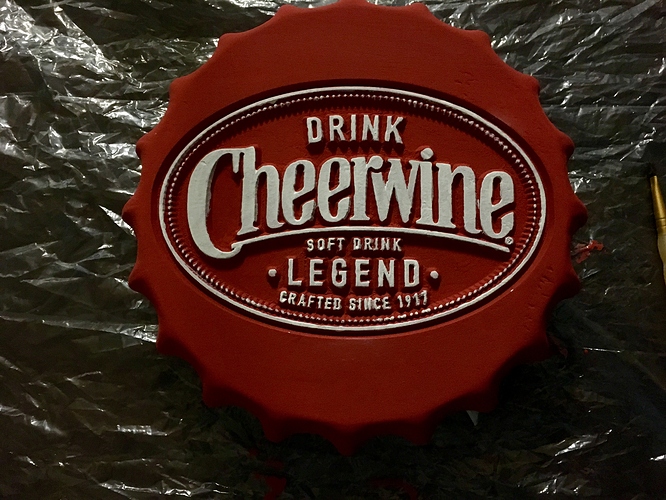 15" diameter - just for the heck of it(also have one that is God,Bacon,Guns) 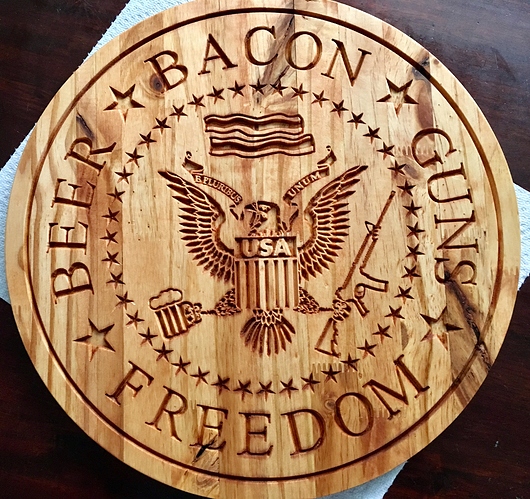 Any chance you sharing this? It’s pretty sweet!

Did you design the Celtic cross? I have made lots of them and your is very nice and different from all my others.

I guess you are talking about the “Beer, Bacon, Guns” ?
I’ll have to think about that one for a bit. Although it is loosely based on a t-shirt image you can find in many places online, it was not as simple as doing a vector trace of an image in V-Carve. I did try that at first, a few times, but could just not get a good trace due to image resolution, color, etc… It always ended up not having enough details. So I had to build the entire thing from scratch, find separate good resolution images for each part of the design, then spend many hours getting everything just right in V-Carve. Probably have at least 8 solid hours of hands on time doing the design, over a few days.

Yes, I designed that cross loosely based on a similar image I found, I changed some of the sizing and number of elements in the design though.
I had originally designed it and made it as a two color print on my 3D printer about a year ago, before I had the X-Carve.
Then I decided I would give it a go using that same STL on the X-Carve with some walnut I had. 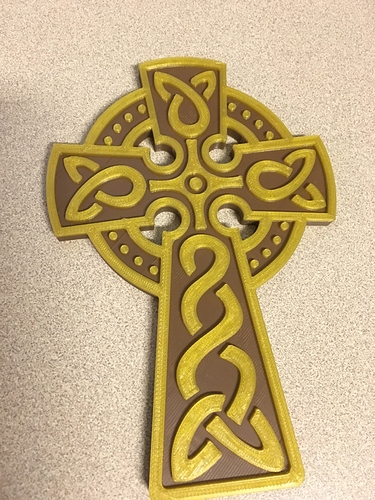 Oh yeah that’s no problem. If you created it from scratch. I tell people don’t share. Make others strive to be great and create. No biggie though. Yeah I know what you mean. I’m creating something from scratch and don’t know if I’m gonna share it yet too, from time invested.

Thanks for understanding! I was hoping everyone would not think - “what a butt-head for not sharing”.
I still may share it in the near future, but it is hard to just give away something you spent a lot of time creating.

I have so got to get my X-carve working. It’s all built I just haven’t made my first carve . . . but this Madonna is motivation, my mother would love it. So this actually was done with Easel?

Actually, I bought the main Mary design from the Design and Make website. Then I did extra design to it to add the 12 stars and have them be attached to the main part. All of that design was done in VCarve Desktop software. I generated the gcode in VCarve and then ran the files using Easel.

Teacher gifts finished and ready to be handed out tomorrow! 1/8” acrylic, .2” birch plywood made into boxes using the Easel box app, 3528 LED strip lights, miniature slide switch on back, run by 9v battery. 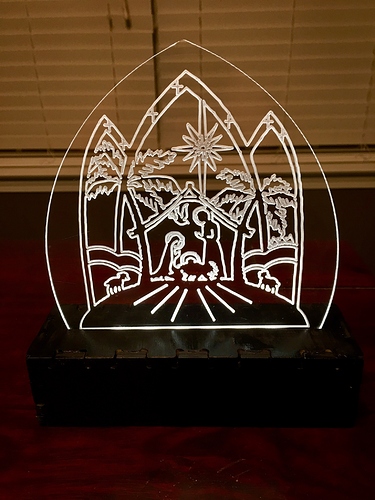 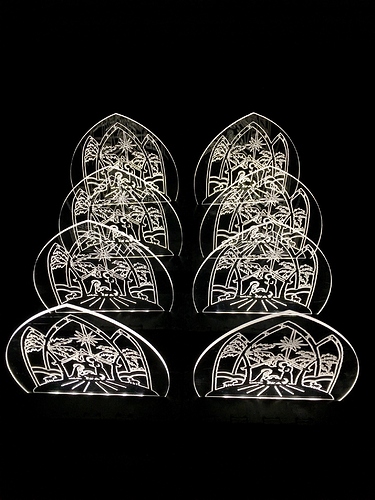 I did the same thing this past summer and had too much time into mine to give it away as well. Try V carving it gives it some nice depth. 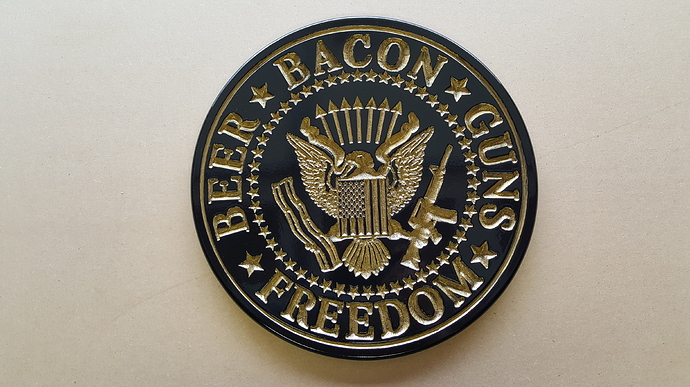 Yep! My version, further up thread, is holding a beer and an AR with the bacon above the eagle.