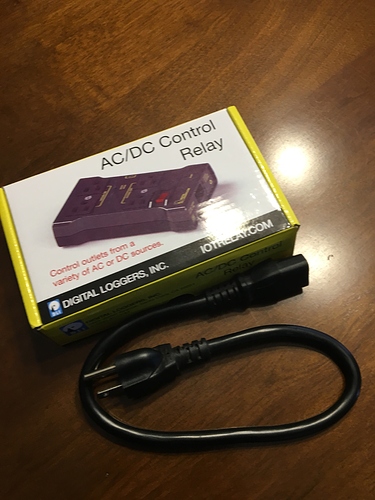 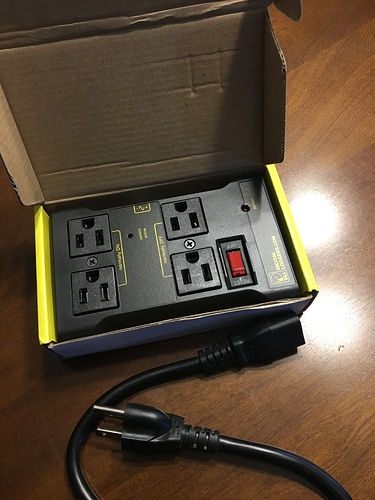 I’m gonna put it on eBay for less than the ones on there now, it’s called free enterprise!

U think I’m the only person to do this? U ever hear of hatchimals or tickle me elmo? Supply in demand, car dealerships do it all the time…

Looks like they have them here and in stock $17.95
https://www.streakwave.com/itemdesc.asp?ic=IoT

Hahaha y’all don’t have to buy it, if you don’t like the post just leave… I payed alot of money for an x carve that is just some aluminum extrusions and a few stepper motors it’s hobby gear and hobbys are expensive maybe digital loggers is having financial problems because they sell there item for no profit. And btw Jay I don’t care what “u” think

There are others listed on ebay for even more…not sure what the issue is here. He has something to sell, it is in the correct place on the forum.

It’s funny you guys sell pieces of 5$ wood that a machine carves for 100’s of dollars and your knocking me for free enterprise… give me a break , I bet you all drive cars that you payed too much for as well as all your tools and machines …

We MAKE something with that $5 piece of wood. We run machines. Sand. Cut by hand. Finish. We put our selves into our work.

Wow. As a relative newbie to CNC, I’m really glad to know that there are forum members here looking out for others. To me it looks like the one who started getting snobby was you @FatKatOne. You were called out for attempting to capitalize on the potential ignorance of others. But hey, free enterprise & “supply in demand”, right?

Could anyone tell me what the advantage is of that unit over this: 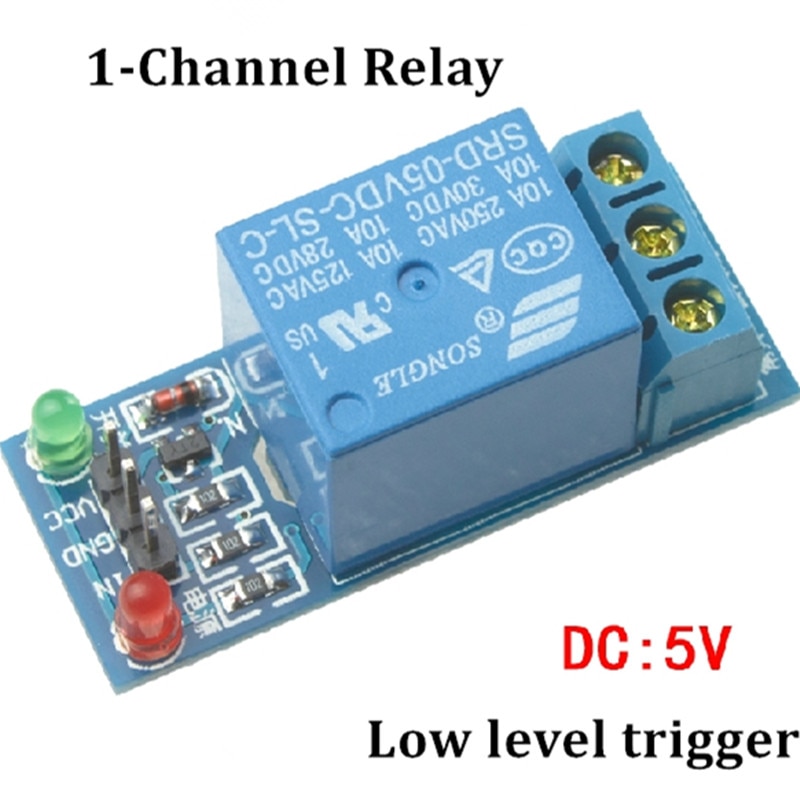 those can be bought for a dollar, and they come in multi channel flavor too

Hey I want one. Ill give you $20 shipped. For real, I have cold hard cash(in the form of electronic paypal currency) ready to send your way.

lol I’m not apologizing for anything, I’d rather burn the thing and shoot a YouTube video about it instead of giving it away for 20$. People sell items everyday for more than they payed it’s called business and if you don’t like it you don’t have to buy it. Weather or not I created the item or not it’s in demand so I can ask whatever I want for itbif folks don’t want or need it I don’t see why they are even looking at this post …

I had every intention of “just leaving it” but it’s impossible with the people on this forum who can’t just leave well enough alone and it’s always the same bunch no matter what the scenario, I don’t care… who I ■■■■ off or who doesn’t like me in this forum and if you don’t like me the feeling is mutual…

People,people, please.
I’ve learned a long time ago to never argue with ignorance, because they will always win. (with experience)

So does anyone know how well that 1 channel relay that @anon68752607 posted earlier in this thread works?

I’d rather burn the thing and shoot a YouTube video about it instead of giving it away for 20$.

I’ve used it on my previous electronics enclosure to swith the spindle on and off. So I know it works.

I just don’t understand why a TON of people use that IOT thing in the first place, since it is much more expensive, even when it’s regularly priced. 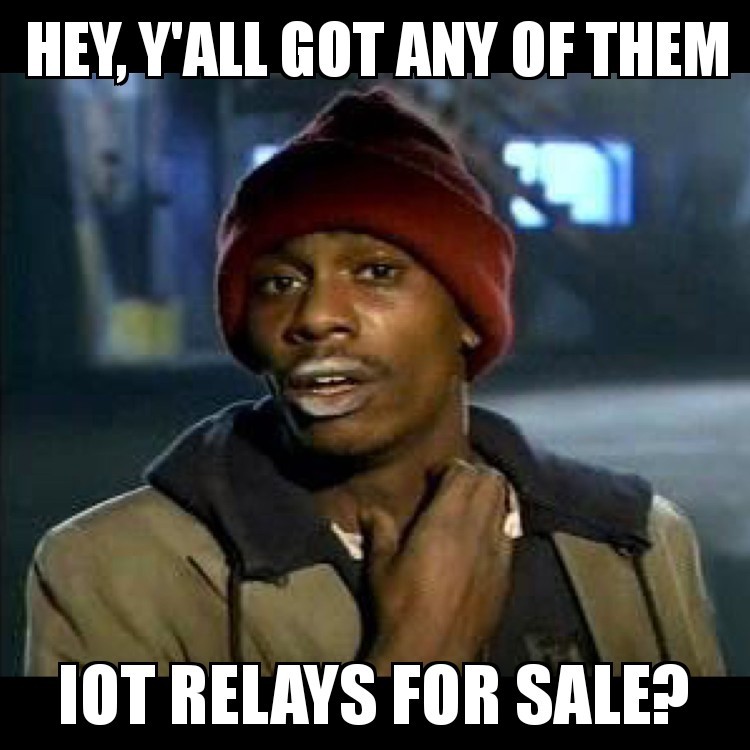 Ohh once its had its run on E-bay if it doesn’t sell I will. And ill post a youtube video…I really dont care I would have sold it cheaper but its not worth my time and with the money that paypal takes to sell it for 20$ and deal with shipping it…

I say hold on to it. Its value will only increase with time, who knows in 20 years it might be worth over 9000!