I tried to put my idea in that thread and somehow it ended up here. Not to take anything away from the alumni, but I really think a new group of makers should be granted that which the alumni have already enjoyed.

any update on the new maker slide

ya I decided to wait on purchase when the cost went up about 30% to buy a new one. waiting until an official announcement is made on what the extra 30% cost is buying.

Thank you for being patient. We aren’t quite ready to make any official announcements yet. The leak by Make Magazine wasn’t supposed to happen.

There will be an announcement soon. I know you are all hungry for more information. Ben Uyeda of HomeMade Modern is helping us showcase what can be made with the new X-Carve in preparation for the launch. You guys can take a look and potentially answer a lot of the questions you might have. 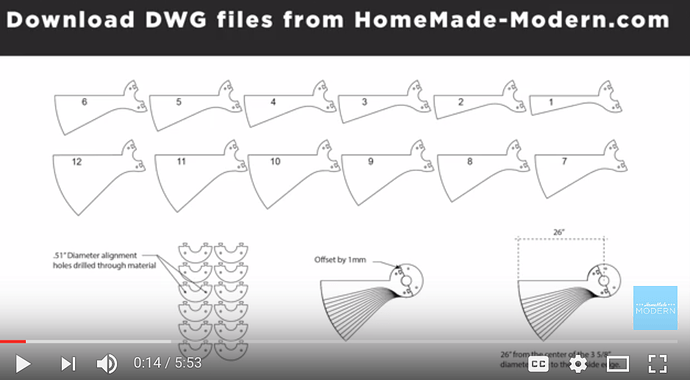 I’m no expert but all the things I build from plywood were insanely heavy. He said 13 sheets of stock for this whole thing, that sounds crazy !

That must be the densest staircase ever made.

A twister could hit the house and all that would remain is that staircase!

1m xcarve can’t feet 4x8 ply so he probably did some trimming of stock to fit it. Glad I’m not the only questioning the hipster construction skills but ill stop hijacking now

Back to the point of this thread - I asked Ben (on his youtube video for the stairs) and he said he like the improvements to the version he was using, specifically the improved rigidity and speed to assemble the machine. I was impressed with the assembly simplification from Shapoko 2 to XCarve, so anything more is a welcomed bonus! Looking forward to the release.

Edited to add: I’d have built that staircase differently!

Yes, but it only took him maybe a week to build that, not an entire year.

It’s actually a beautiful piece of architecture. I would use bamboo for strength and less weight although I’m sure ply was used for cost. The part I don’t understand is why he is granted access to the upgraded system when

Of course Inventables are able to do whatever they please whenever they please, but with that being said It reminds me of the same issue many have with their shipping costs after charging 500% on there other products to start off with. Now at the same time it bodes well for resale value that those of us that got in early and purchased ours and i’m sure keeping all those guys developing future models is costly for the company, but I have to think at some point new possible customers are going to bypass the machine on a cost basis. Just my thoughts, yours?

How about:
a solid x rail steel capped with steel v wheels.
no more belts maybe an integrated gear train?

I doubt such a machine would be in the hobbyist price range.

why? with just a thin steel plate to protect the solid aluminum extrusion from the steel v wheels?

@Zach_Kaplan
Where/how will u let us know when the new rail is in? And will there def be enough stock for all the flying they will do (off the shelves)?