We came out with the new X-Carve and made over 13 upgrades. However there have been a lot of questions lately about the differences. Many of the questions are coming from people watching YouTube videos where people are reviewing the old version. I have talked to a few of you and the confusion is compounded by the fact that the upgrade kit does not have all the upgrades.

Steve Carmichael did a side by side comparison.

We now sell the additional upgrades separately so you can pick and choose what you want. Every person I talk with has a different opinion about what upgrades are important and which ones don’t matter. At this point I don’t think I can look at this objectively because I’m too close to it.

Having built and used both I think there is a big difference. Two questions:

I bought my XC in 2015 and I have not done a single mod other than lock tite on some screws that came loose. I use a Suckit dust boot and a Jtech laser but the frame, Xcontroller and DW611 are all original. Amazing considering all the guitars and crib boards I have made…

The most useful features are the controller and the x-axis being a single extrusion.The others were not really a must on my end.

The Z probe is nice but most dust boots cover the hole.

The side board for an upgrade isn’t needed. Most people upgrading already have their space established and won’t modify it for the side board (I didn’t) and the Xcontroller will just sit wherever the psu/arduino sit now.

What about the motors with permanent pulleys rather than the set screws?

Maybe for some. But me, I like my removable pulleys and I had already replaced the set screws with longer stainless patch screws so not only did I not need loctite, but I could see them visually if they did manage to back out and I could get a large hex key into them to tighten them better.

Also @Zach_Kaplan remember the new motors have the connectors for connecting the steppers to the system. You’d need to include that connector OR wire with the steppers. And if it requires crimping…not everyone has crimpers…

You are correct. That was one of the reasons we didn’t include the new stepper motors in the upgrade kit. You’d really need to include new wires and all new steppers.

Can you explain how you replaced the pulleys? Does the stainless patch screw go through the shaft?

A full upgrade kit might catch those customers that don’t want to have to scrounge around to locate all the different upgrade options.

Instead of that small M3 grub screw that comes with the pulley, I put in a larger M3 socket screw with a nylon patch (acts like loctite). That’s it.

Still stock gen 1 pulley, one screw sitting on the shaft flat. You can see the screw on the pulley in this picture. 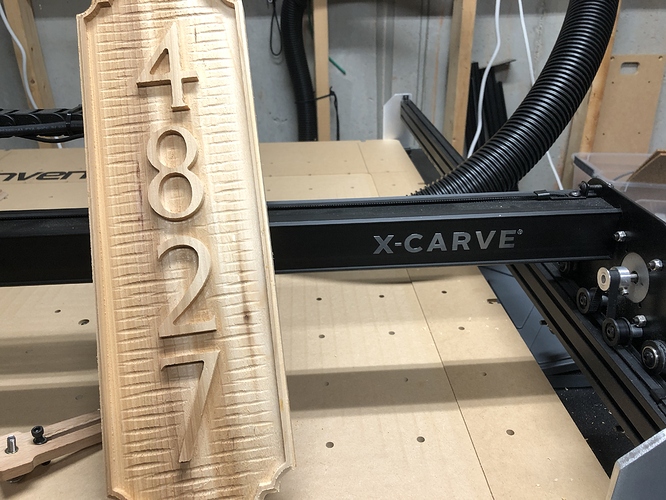 Did you keep the hole the same size?

I did a similar thing in just using a longer set screw so that I could see it was still there.

I did the same thing with longer screws…keeps them visible.

Yea I looked at the picture. For me it was about being able to adjust it with the wrench easily.

Yea X-Controller can handle more but the torque in the stock steppers is the same on both.

This thread is about differences. I can start a new one about the next one.

Understood. Let me adjust the language.

Check it out now @PhilJohnson

I did the drag chain upgrade, eccentric spacers, z probe, and wide X axis upgrades (I had already bought the X-Controller when it was a preview), M3 Socket Head Screws with Nylon patch replaced all M3 grub screws. I had to drill a new hole in the left Y axis motor plate for the drag chain upgrade, but it went smoothly and I think the new drag chain design was worth the effort - the old setup kept sagging and getting caught by the X axis so I really had to watch it. I didn’t care about the new side board because I mount my X-Controller below.