The remaining upgrade I feel the need to do is to stiffen the Y axis, there seems to be too much flex there when doing plunges. If Inventables came out with a kit of brackets and the appropriate screws/hardware I’d take the lazy way out and order that in a second.

Do you mean this? 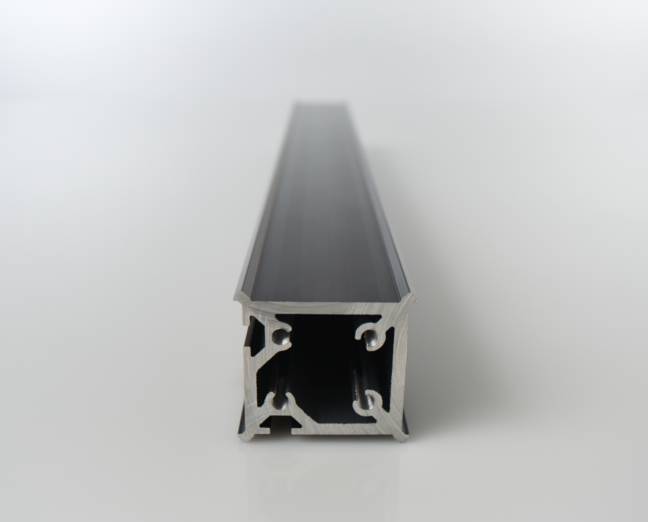 Since we’re talking about upgrades… I would have liked to mount the dust boom arm in the back right instead of the front which would have meant the hole pattern in the bracket would be flipped vertically. I’d be happy if that bracket was available with no predrilled holes to make a custom job easy.

If you had Y plates that supported mounting that, probably.

The Y axis can sag over the 1m span so people brace it. It’s not a current feature of the Xcarve.

Using wide Makerslide for the Y axis is a possibility, but it would require fussing with lots of stuff (longer extrusions for the bed, different design for the Y end plates. I believe others have screwed plastic plates to the Y axis for dust gathering and stiffening. I think others have cobbled together brackets that fastened the Y extrusion to the bed extrusion or even the table the X-Carve was sitting on. Something like that. Connecting the Y axis to the table would be the stiffest, but then the X-Carve couldn’t be moved.

I’m guessing the thickness of the Y plates in the video could be tweaked so no trimming of the waste board is required, but I’d be OK with doing that.

I would cast a vote for the following as things that are helpful upgrades from the 2015 X-Carve.
-Wider Makerslide (night and day difference)
-Eccentric spacer kit. (Eccentric Spacers and longer bolts)
-Belt clips. (I have them, but am waiting for my zip ties to break before converting)
-Z-Probe (I made my own before this was an option, and haven’t actually used the new one, however a Z-Probe is definitely worth having.)

I designed my bench to fit the X-Carve and my controller lives underneath. The sideboard in the upgrade kit does not fit with my setup and the X-Controller lives under the bench where the G-Shield setup used to live. Having it as an option or removed completely would be nice to save on costs.

-The additional stepper motor cable that came with my upgrade kit was not long enough to be useful for me without splicing wires together. It would have worked if I had the X-Controller mounted to the sideboard, and was routed through the shorter drag chain of the current generation X-Carve.

I just recently did some additional upgrades to my 2015 xcarve after doing a couple of upgrades when I bought it (Nema 23’s and Dewalt 611 and shortly after purchase bought the Kent CNC dust boot. It was before the Ineventables dust boot was available).

Still considering a new Linear Z upgrade but not sure I really need it. I don’t do any work with aluminum.