Poll: What is your favorite wire connection method?

We are trying to determine the favorite connection method to steppers and switches for CNC electronics. Please please cast a vote and feel free to add a reply if you something to add. 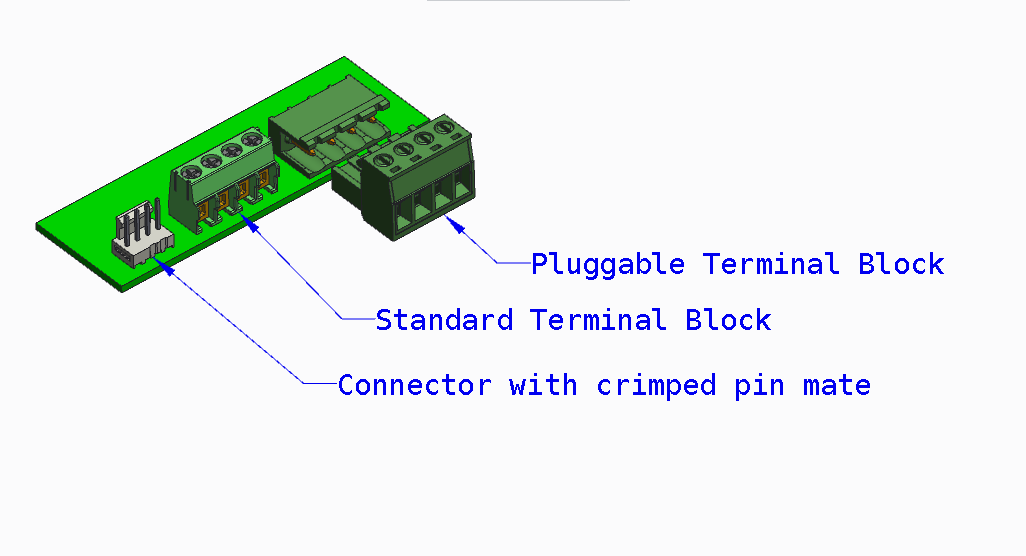 Some people like that they can disconnect and reconnect the terminal block from the board quickly. They are also easy to pass through a panel. The disadvantage is it a little extra cost and some people prefer a more permanent setup. Our new power supply uses them. 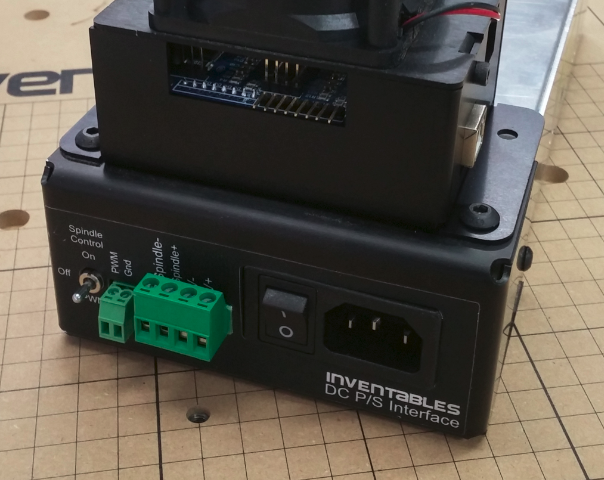 I’m voting “other” just to throw out the thought of “solderless perfboard”. I don’t know if the currents are too high in this application, but I have used them for intercoms, alarm systems, and the like, because they can be moved around and configured fast if you are troubleshooting. All you need are bare wires, and you can quickly change the order of things around if, for some reason you need to. Perhaps it is more difficult in this situation, because if they accidentally get pulled out and they are not labeled/color coated, you couldn’t just plug it back in.

oh, the picture just loaded… I didn’t know you were talking about a power supply… I imagine the currents would be too high.

I wish my gShield had the pluggable terminal blocks—or some other kind of easily removable connector. It would make transporting my machine easier.

Oh that makes a lot of sense @JohnMcwhirter, now I understand the pluggable terminal block.

I plan to use Amphenol style connectors on the machine. I found someone who made covers for the NEMA 23 motors that have a place to install a connector. They are kinda pricy per piece but I feel they are well worth it and make the machine look cleaner. Not to mention, swapping out motors and keeping things clean will be easier.

To me, terminal blocks are more for development and prototyping. They are great when you need to swap out wires, as they are by nature a temporary connection.

Between Pluggable or Standard Terminals, I would go with Pluggable (as long as they are locking) if the wires are all from the same source/cable, Standard if the wires come from different locations.

Connector with Crimped Pin Mate: I try to avoid these wherever possible, especially of they don’t have a locking mechanism. They are prone to disconnect and easy to bend/snap.

For many of my own projects I use Anderson Power Poles as they provide a secure connection, can be locked, and can be grouped (they interlock on the sides) to form custom plugs. The only down side is you need an expensive crimper to work with them.

My wiring goal on the X-Carve is to change out all the cables from the machine to use something along the lines of an ATX 20 pin connector, or a 18 pin socket by pairing the ground wires from the limit switch to reduce the 20 wires at the machine down to 18. This way I can run any length of cable to the machine, ideally a long one for at home so the controller can be on a shelf, and a short one for traveling.

Pluggable, hands down. They’re also known as Phoenix connectors and are used extensively in commercial audio and control systems. I don’t think they’re a temporary solution by any means as I’ve seen them last in places for over 20 years. There are also a couple different sizes of these, I’m betting the stepper motors would need the higher capacity of the larger connectors, which can also have extra plastic to lock them on, and things like the limit switches could use the smaller ones as they’re very commonly used for contact closure.

Pluggable is more dynamic, that’s for sure. If nothing would ever change, a crimped connector set would be the way to go, if everyone had the proper crimpers.

I just got to the last step of the electronics portion of the build, and I really don’t like the crimp connectors that are used for the limit switches and the pwm to the spindle. The crimps didn’t feel secure, and the connector barely stayed on the pins. I ended up removing them and just soldering the wires right to the pins.

That may mean that you did not push the terminals in far enough.

Me? I prefer solder and adhesive shrink tubing whenever possible. I know crimping works fine… there’s just something that feels solid about a good, well-made solder joint! I’ll most likely be soldering spades to the terminal ends of mine for the block joints, or soldering directly where possible.

I agree with solder and shrink tube. All of my connections have the ends soldered and put into the blocks.

I just took the crimp connectors, plugged them into the black plug, and tried placing them on some of the extra pins that I had left over. No matter what I tried, the connector would slide off with a minimum of force. I took a quick video, maybe I’m doing something wrong, or it behaves much differently once you have the wire in place?

Those terminals are no where near pushed in deep enough. The entire terminal should be inside. 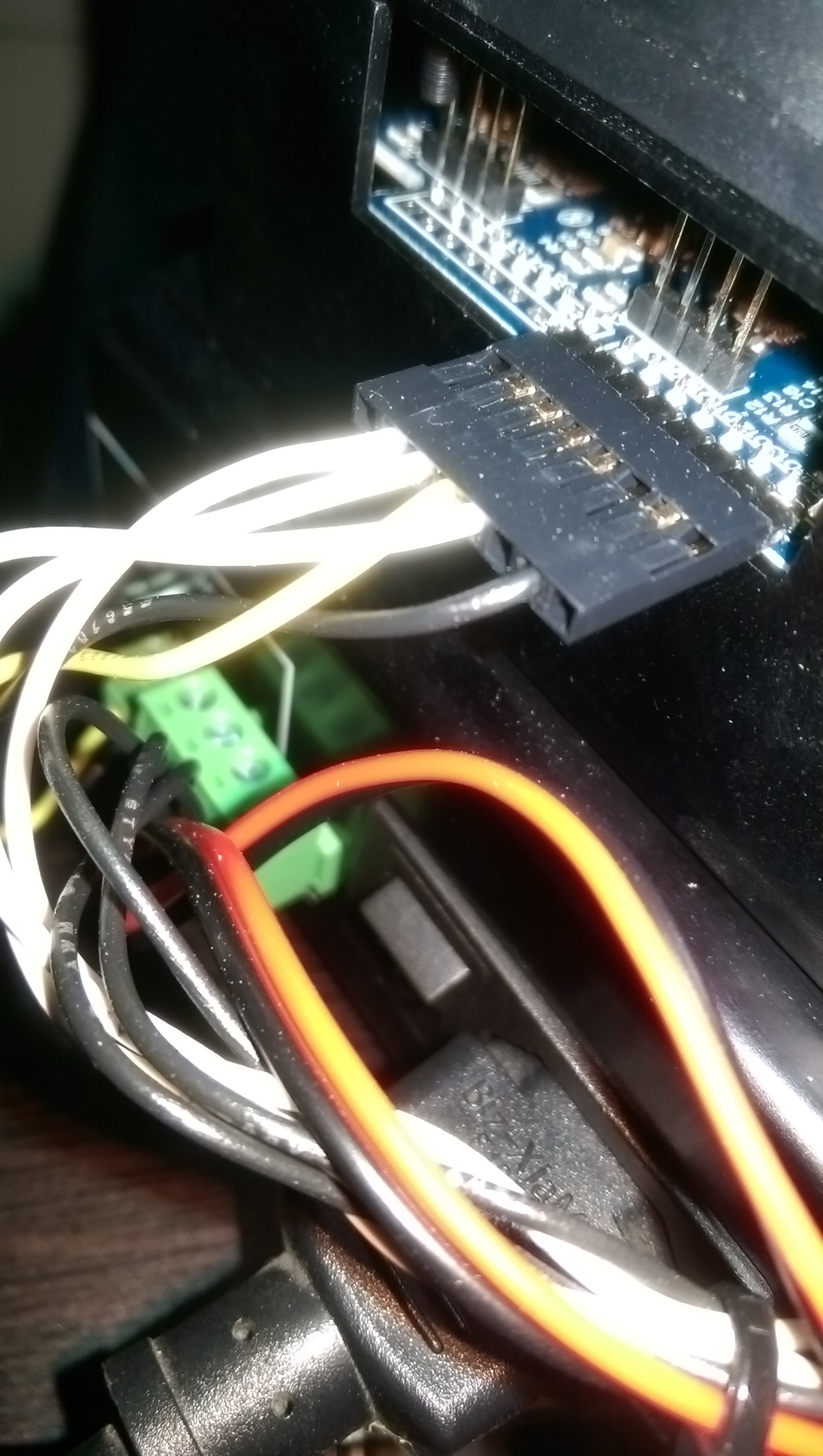 If you guys continue to struggle with this, go to Radio Shack and buy these. They worked great for me. 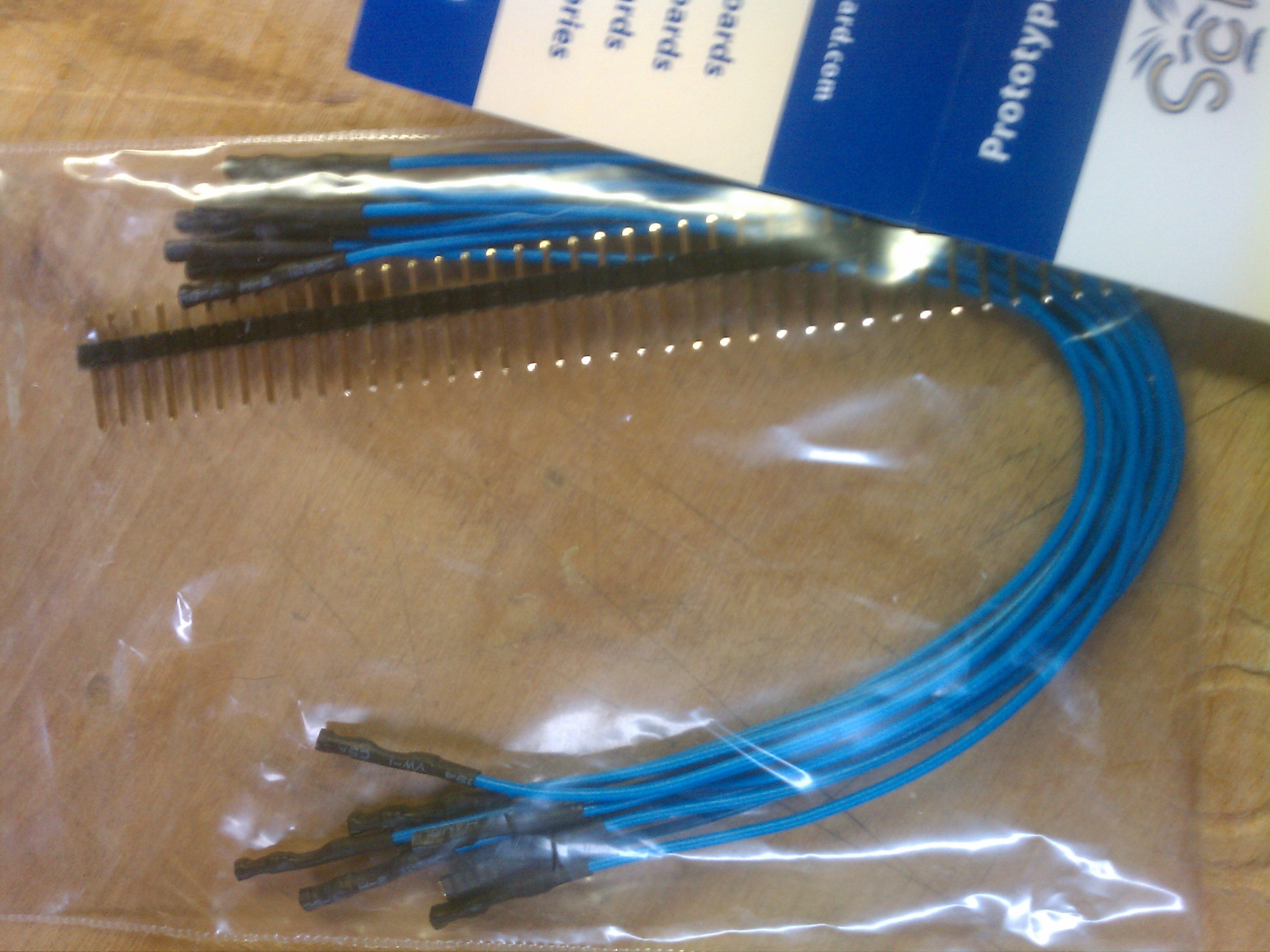