[Resolved] My belt broken many times in 10 days 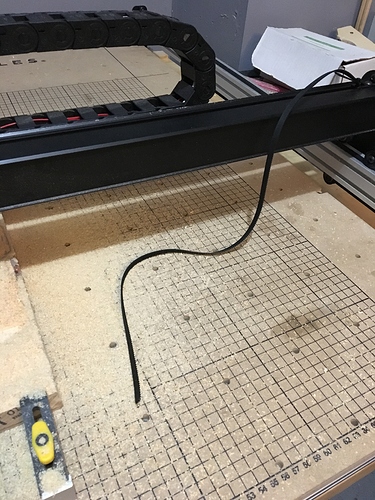 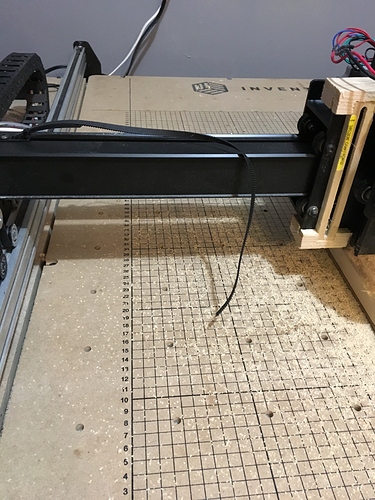 upgrade the belt to 9MM.

Breaks as in straight-up snaps the belt? Or are you talking more like it mashes the teeth flat?

That’s odd. How tight were they? If you email or call Inventables Tuesday they will send you replacements.

Or, something is not aligned. check and recheck that the belts are not rubbing anywhere.

As mentioned, make sure everything is properly aligned and your belts aren’t rubbing on any surfaces.

What are you setting your belts at? You are moving the gantry all the way to the fixed side of the belt before measuring the tension, right?

@BillBlades I’ve been running my machine for years and I have never broken one belt. I wrote the manufacturer who said the belt will get softer if temperature reach and over 60C. The 6mm belt can withstand up to 500N, over that the belt stretch and break.

All this being said clearly his belt is broken so we need to understand what the issue is. It may be a defective section of belt or there may have been misalignment and rubbing.

Yeah, never broken a belt either. Knock on wood. As mentioned, check everything.

Almost 3 years of use and no broken belts either.

The forum has been flooded lately with the broken belt problem. We figured you recently got a new supplier and there was a problem with the product. I too have run the original belts for 11/2 years.

Yea it might be a supplier issue. We need to investigate.

What are you setting your belts at?

This needs to be answered. Even the best belt will break if set improperly.

How grossly misaligned could it possibly be? The kit is designed in such a way as to ensure success IF assembled properly.

That’s a huge assumption to make that it was assembled properly around here.

I found this article relevant:

Thanks @BillBlades for the very detailed drawings. It was really thoughtful of you to help with that.

Thanks @JustinBusby good perspective there too.

I have emailed a few people internally to investigate further with the supplier. I’m also going to check to see if engineering can do some force testing. 500N is quite a bit in tension but as @JustinBusby noted it is weaker with axial loads.

I work on my cnc 500 mm for four years without breaking the belt
After I updated to 1000 mm I have this issue and I check every things, belt tension is not clear and I follow videos but I think it might be some instructions for the belt in 1000 mm
Also is there any changes in gblr

While I hear a number of people in this discussion state they never broke a belt. A quick search will show you many many people breaking belts. I broke many belts, after the last one I and started the upgrade to 9mm belts. By started I mean, I’m still waiting on the 9mm GT3 belts to come from China. The only suppler I could find when I ordered a couple weeks ago. Everything else is ready to go.

are these numbers specific to the 1000mm machine?

Again all assuming a linear 1:1 relationship between downward force and span length.

Are you able to post some pictures of the ends of the set up?