Show us your machine setup

I thought this would be a great place to show your machine set up so others can maybe someone else can get ideas from them. Insert a short video and tell us about it.

Nothing special sitting on 4x8 work bench, I made a video not sure if it will work. 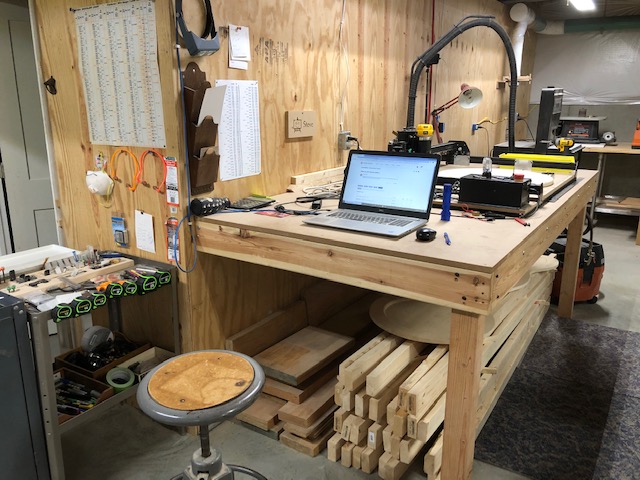 Steve,
If you need a tape measure look to the left of your computer, you have 7 of them.
Looks good
Russell

Looks way better then mine mine is full of sawdust and scraps. 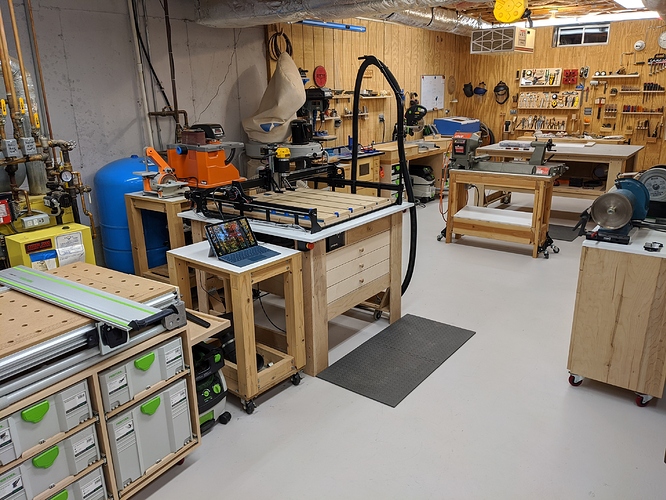 Nice upgrades to your XCarve!!

This was originally a 2015 model X-Carve (pre X-Controller). I’ve upgraded it with X-Controller, when the 2016 model came out I upgraded to the new drag chain setup (major improvement) as well as wide Makerslide for X axis, went through 9mm belt/pulley upgrades then later ditched belts for TBD leadscrew/Z axis/stiffener upgrades. Also went through Suckit and then Inventables dust boots. Most recently upgraded the bed. There are very few original parts left. I’m very close to being able to reassemble the original machine next to this one. 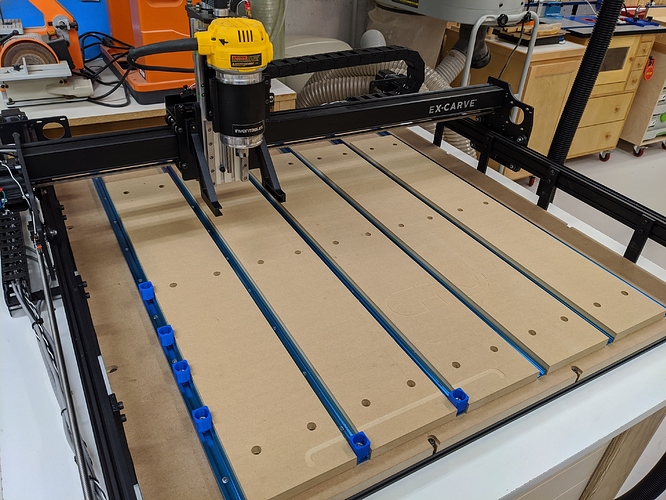 @RussellCrawford dam things are the hide and seek champions of the world, Bigfoot has nothing on them! Lowes had a 4 pack for $9 So I picked up a set.

@WayneHall I have been on a mission to keep it cleaned up. I cant handle the clutter anymore, you should have seen it three weeks ago. Still have more to do after I get through some projects.

Very nice Steve, I have a couple of the Festool tools on my Radar. They are nice but they are pricey.

For the TBD leadscrew/Z axis/stiffener upgrades up grade how do you like it? I have looked at it but cant seem justify it for what I do. My concern was if something goes wrong how bad will it tear itself and the machine up. With the belts at least they just seem to skip the teeth. For me its not if but when it will happen not very often maybe 1 time very three months but sooner or later it will.

I have been wanting to do some upgrades myself, is TBD still in business? I tried CNC 4 Newbies and they never returned any of my emails. I wish Inventables sold upgrades.
Thanks
Russell

So far I haven’t done anything too awful with the leadscrew installed, crunched the dust boot a couple of times. Fortunately the 3D printed adapter that fits the TBD Z axis upgrade is a convenient sacrificial piece that will break first. I ended up modeling it in Fusion and printing some spares. Otherwise the leadscrew has been a great upgrade. I went for the direct drive option which may have a slight issue - I’ve had to slow the max travel speed down a bit from the super fast value I had when I was using 9mm belts. I think this is because the steps/mm with the direct drive leadscrew is so high that it’s exceeding either GRBLs ability to produce steps or the stepper motors ability to keep up with them. I’ve discussed this with Luke and have a theory that switching to small belts/pulleys from direct drive could allow me to adjust the size ratio of the pulleys to lower the steps/mm a bit, but I haven’t been bored enough to experiment with this, the current speed hasn’t bothered me enough. Besides it’s pretty intimidating when the machine zips around that fast.

The leadscrew is nice that aside from rigidity and never having to keep calibrating for belt stretch (which was very annoying), the gantry doesn’t pull out of square when powered off or on startup. I used to pull the gantry forward against reference squares before powering it on to make sure it was square and I don’t do that anymore. BTW, if you were used to slowly moving the gantry by hand when it’s off you’re going to have to get used to always moving the moving under its own power (which you should always have done anyway) - you’re not going to push this thing around on the screws by hand, you have to ask it nicely.

As far as I know TBD is still in business though it sounds like he’s always fighting a backlog.

I have previously said elsewhere that Inventables has used Easel Pro to capture ongoing revenue from X-Carve owners but left money on the table when it comes to obvious physical upgrades.

Ok i am going to do this but keep in mind i build furniture in my shop 7 days a week so it is a mess. Also here in Indiana we eat peanuts and throw the shells on the floor. 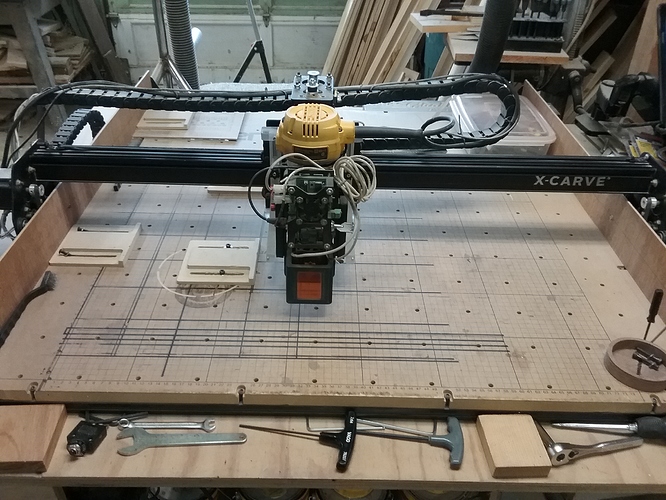 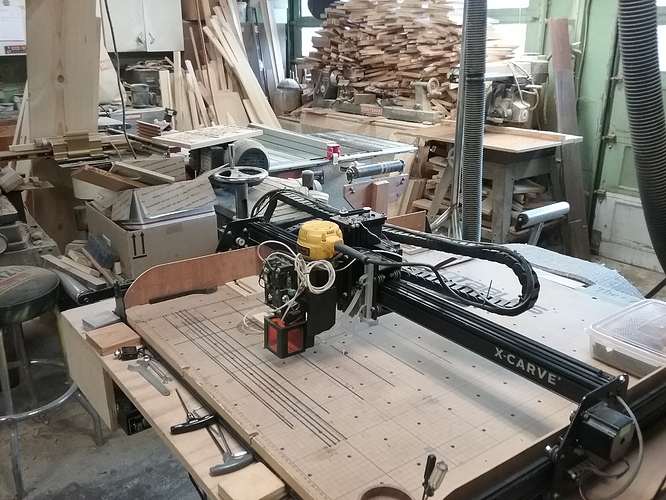 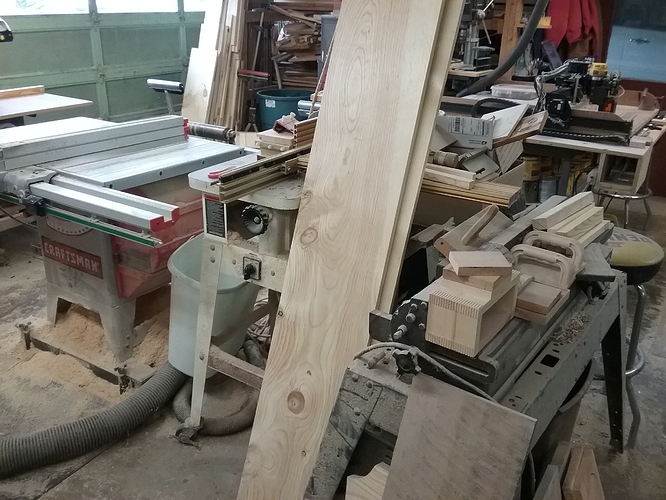 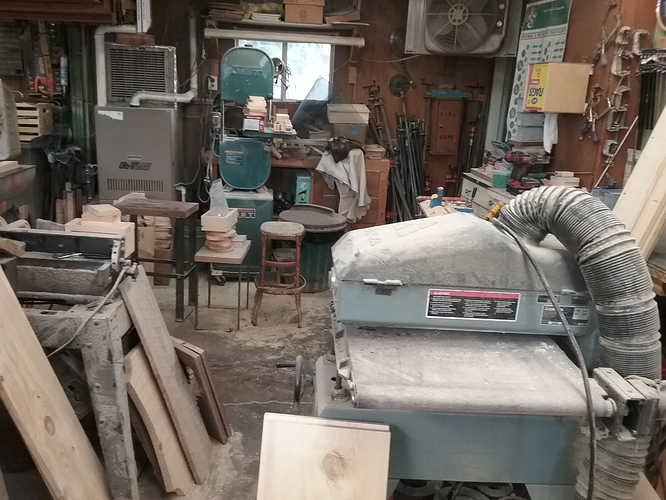 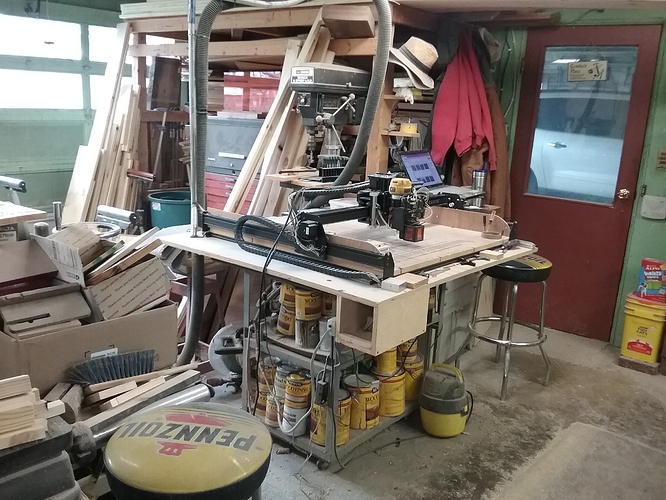 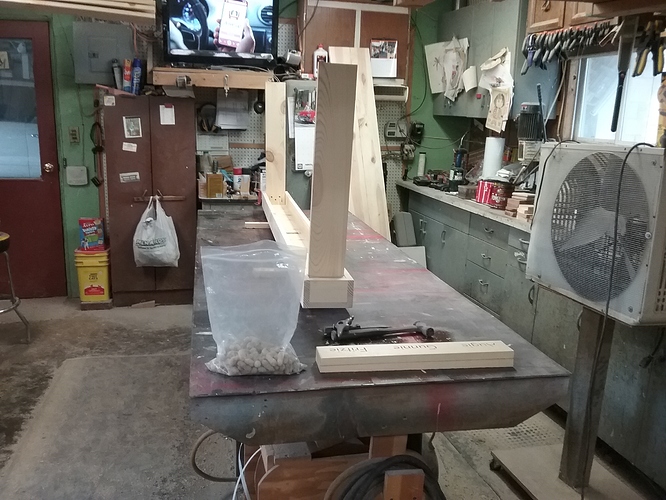 Now this is a real working shop. Awesome

@WayneHall. Would love to see some of the furniture you make