When spindle engraving photos in wood or Corian, there are some image editing involved. The min & max depth settings controls the depths of cuts and is calculated based on shades in the image. When engraving on wood, the darker shades need to cut deeper and the lighter shades cut shallower. With Lithophanes, it’s the opposite and there is a “Lithophane” selection in the “Rotary Spindle” profile in the “Engraving Options” to reversing the depths of cuts based on the shades in the image. With Lithophanes, the light shades need to cut deeper and dark shades need to cut shallower.

We set our 1/32" ball end mill’s zero at the top of our material and in PicEngrave we set our min depth of cut at -.02" to ensure any lighter shades would cut encase the wood was not flat. The max depth was set at -.08" so there would be a total depth of -.06" cut for the engraving.

This was engraved on red oak and the grains really stood out, so it was not the best wood to use. 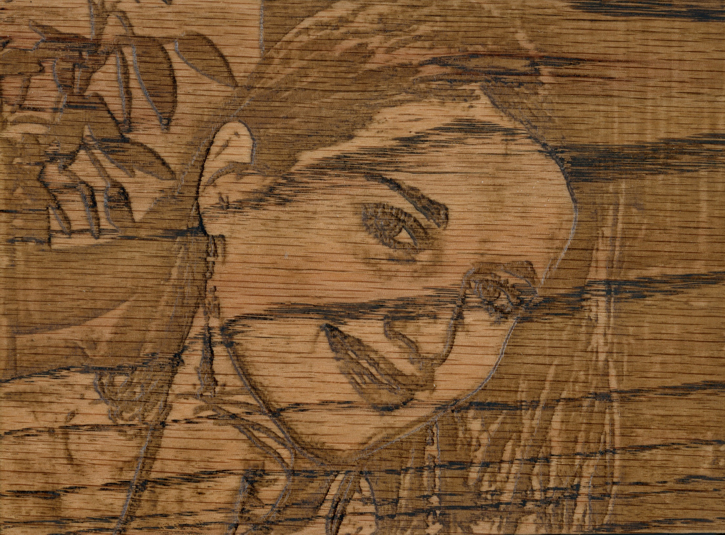 This one was done on Poplar and which came out better. The first picture is the image after editing for generate the gcode in PicEngrave and the second picture is the result. Using a slight Gaussian Blur to the image will smooth out the toolpaths. 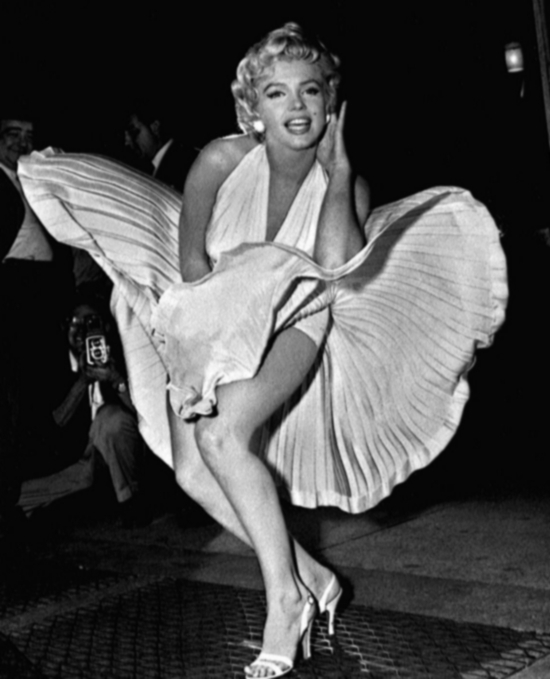 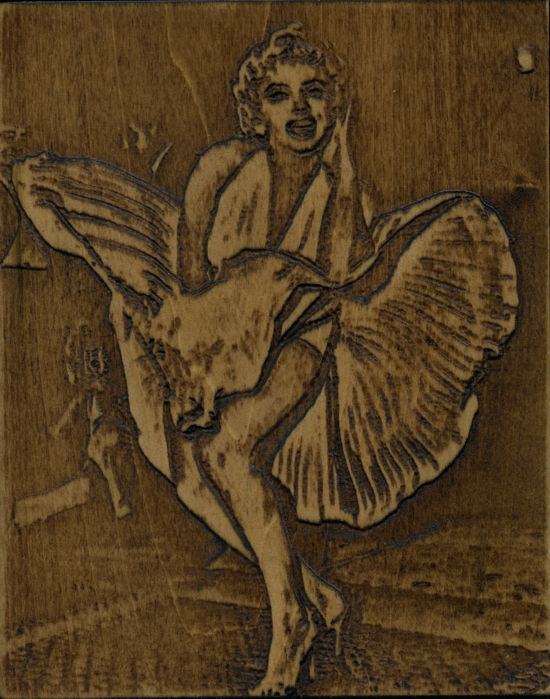 It takes some trial and error with editing the image, settings, staining and sanding afterwards, but spindle engraving photos with PicEngrave Pro 5 is very doable.

This one was done using a depth map image to get more of a 3D effect. I did not stain or sand it, but consider the endless possibilities using PicEngrave Pro 5 to generate your gcode to engrave photos.

You have seen this one before in this thread. 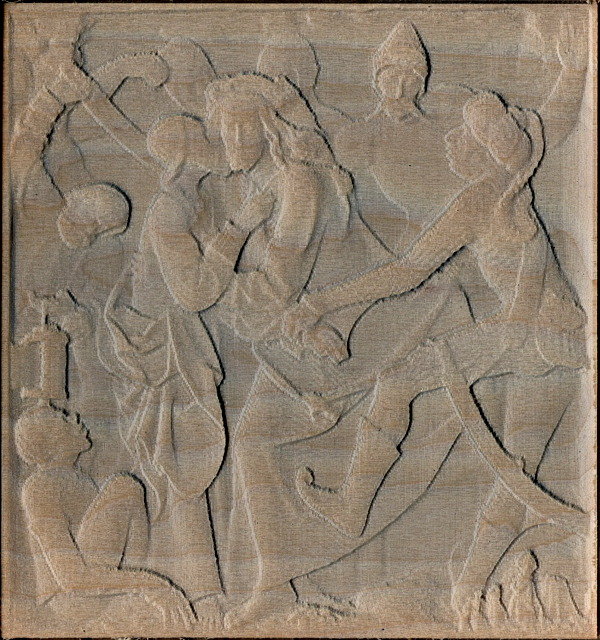 Change my settings to minimum Z-.01 and maximum Z-.04 and getting better results. The sanding takes some Trial & Error to highlight the right areas, but practice makes perfect. 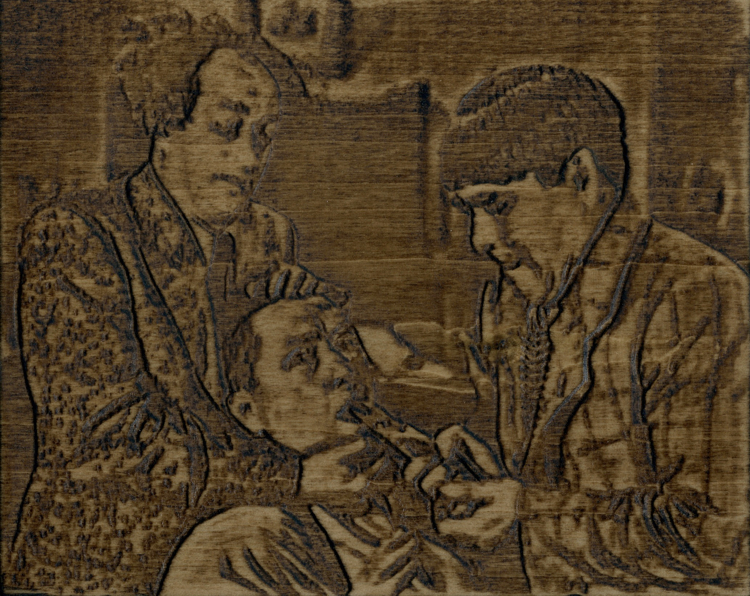 I found an easier way with no sanding after applying the stain. I cut it first, then applied the stain, then I set PicEngrave Pro 5 to generate the gcode slightly different then the first time and cut the stain back off with a second pass for contrast and shading. This is the first time trying this, so improvements to come.

It was engraved with a fine tip 60 Degree V-Bit on Poplar. 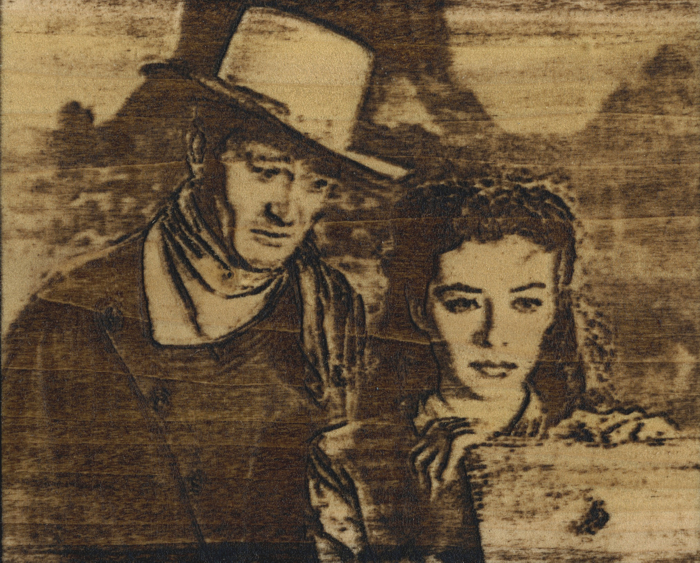 I’m getting the techniques and settings in PicEngrave Pro 5 fine tuned. This is just how it came out of my machine with no seal coat on it. 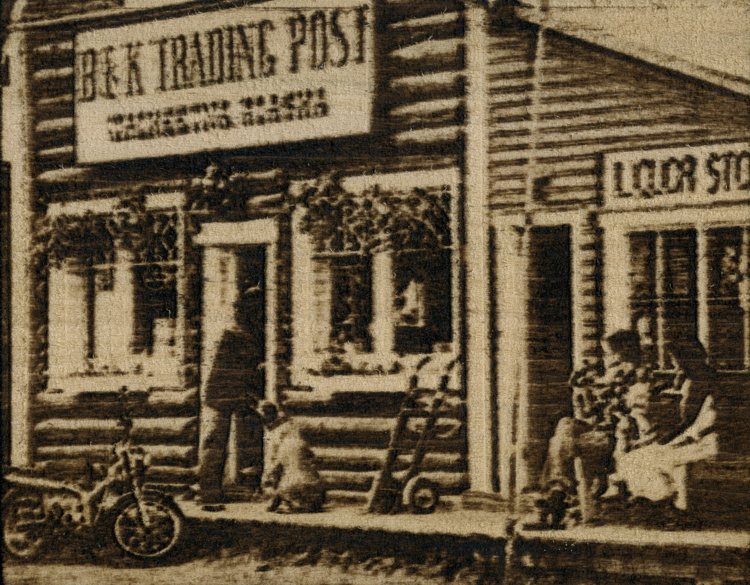 Spindle engraving photos in wood will not have the detail and shading like using a laser diode to engrave them, but this one came out pretty good.

To engrave photos on to wood with a spindle do I need to get Pic Engrave Pro or will the les expensive version work. I think it was called Pic Laser or something like that.

I love the Pic Sender program. Everything else I have tried freezes up on long runs. I use it exclusively. I do have a question about it though. I use a Zeroing plate to zero my X Y and Z axis. To accomplish this I load Universal gcode sender and zero all axis and then move my bit to 0,0,0. After that I shut down UGS and load up Pic Sender to make my cuts. Has to be an easier way. I tried to copy the Gcodes in the UGS macro slots and paste them in the “Do” Command box but that didn’t work out so well. It seems that I could only get one part of the gcode to work but not the entire line which consisted of multiple commands. One to move the spindle down to find the touch plate, one to reset zero and a defined point, and the last to move the bit up slightly. In UGS all this is on one macro line. I have one macro assigned for X one for Y and one for Z. Any suggestions?

You should be able to engrave photos in wood with Aspire like the Lithophanes you were making, except the depths of cuts need to be inverted.

Our PicLaser will generate spindle gcode files for raster engraving photos by setting the Laser Control Command with a Z and Max Laser Value to a negative depth of cut and a Min at 0. Then you add any PreCodes needed like a M03 S12000? to turn on the spindle if PWM on Pin 11 is being used for a relay. When the GRBL engraving profile is selected it will end with a G28 in the file. If the Std. Gcode profile is selected, it will end with a M30 instead.

Our full version PicEngrave Pro 5 has more options to choose from then our PicLaser does, but it depends on your budget which one is best for you. Follow the links to see the differences in the two program’s features.

We are working on adding new features in PicSender. One of them will address the tool setting as you mentioned. There are some other features we are adding also, but we have to make sure everything is working properly/reliably before we release the next update. I will let you know when it’s available for download.

Meanwhile, have you tried adding the tool setting commands to different named text files and Load them one at a time to Send like you would a gcode file?

I engraved this a while back using PicEngrave Pro generated gcode on poplar. I used a 1/8 inch, 30° angle, single-edged, vbit. I don’t recall the other settings, but I believe the maximum depth of cut was probably about 0.040 inches.
John 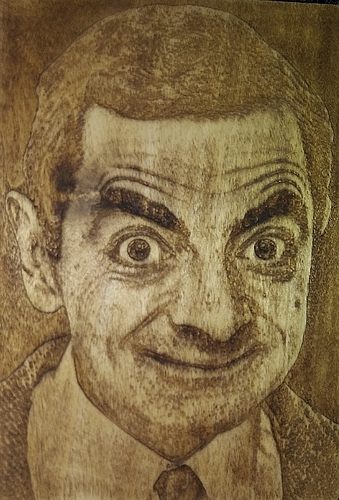 Wow! I’m not sure I’d want this in my bedroom though. Seeing Bean like that, last thing at night would give me nightmares…

How did you finish it? It looks like a laser engraving.

How did you finish it? It looks like a laser engraving.

Just stain and some sandpapering. No sealer applied to avoid glare.