I’ve had good luck with doing simple 2D carving jobs, but it seems like when I do anything complicated I’m watching my Z axis suddenly do a nose dive straight into my project after about an hour or so of carving.

I found Z-axis diving into project that seems very similar to my issue, however I’ve already upgraded my spindle to a Dewalt 611, so I’m not sure if noise could still be the problem.

I’ll take a few pictures of the damage from last night when I get off of work, but I actually got to watch it do this last night. The head should have moved about just a little bit down while doing its next pass, and instead moved down over a 1/4". This got progressively worse over a remarkably short period of time (faster than I was able to stop the process) to the point where my spindle finished by nose diving and cutting through my project, the sacrificial layer I had beneath it and taking a big chunk out of the table.

Usually its not that bad, but its always the z-axis suddenly deciding to make a much deeper cut than it should. I’ve verified that there’s not an error in the G-code with several visualizers. I’m using the Universal G-code sender software when all of these issues have occured.

My issue, which you linked above, seems to have spontaneously resolved. Although I went through and check the system, I haven’t seen the same event. I’m still suspicious of a software issue in Easel. Fortunately, I’ve put on another 20 hours of machine time without recurrence.

OK, it seems that I jinxed myself. Was working on a long project yesterday and had it repeat the error. I’m tired of damaging my waste board…

Had a similar issue yesterday with what I thought was an Easel issue. After cutting out a simple box shape the z axis plunge occurred. I stopped and restarted and noted that the system ran correctly. I was thankful that plunge and speed was not enough to cause damage but was concerned about the plunge issue. I had it happen before but believe I was running the universal gcode sender. Seems like whole lines of code are skipped or something odd like that. 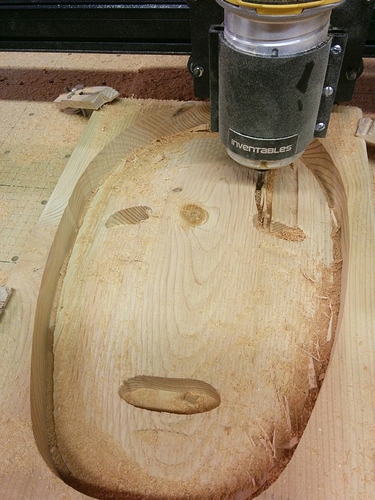 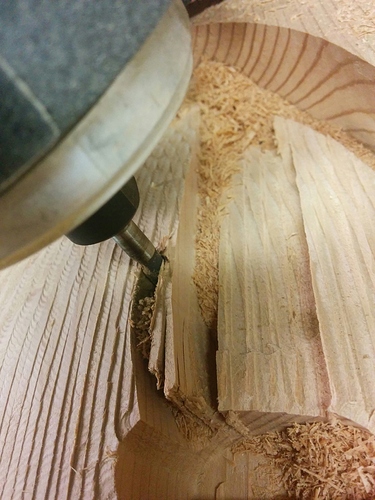 Here’s the images. Sorry for the delay. Jeremy that’s pretty much exactly what I’m seeing. I combed through the gcode checking the commands using two different visualizers and saw no errors. I have yet to have the issue occur while using Easel. So far it’s only happened on the g-code sender.

I have had the same issue. It has happened several times and I’m very frustrated. Could also use some help.

When it happened (four different times) to me, I was using Easel.

I just had the same thing happen to me. Posted a new thread. Also using easel and a dewalt 611. was cutting just fine and it di a rapid to start cutting a wild snaking path though my plywood.

@BenjaminKrygsheld did you resolve your issue? My Z-axis drops as it goes, and I can’t seem to figure out why. Thanks!

I don’t know that I have a specific resolution but I ended up changing my plunge rate to try to help with my similar issue. I was watching the lock nut and belt move up approximately 1/8" on the z-axis until I lowered the plunge rate.