I was sooo careful and patient with this project. Three hours to cut and finish my little two piece box, made three trial cuts for the engraving, dialed everything in and perfectly set up for the moment of truth…engraving the lid. Didn’t notice this pesky path right through my piece. I examined the toolpath in easel, but just didn’t notice it…never had an issue like this before. 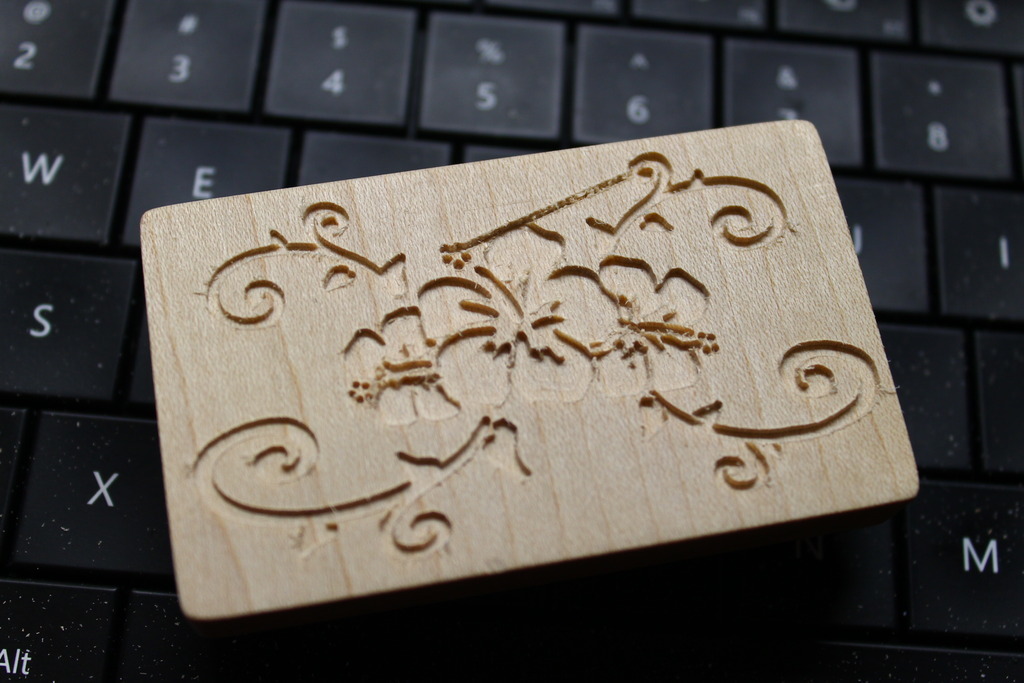 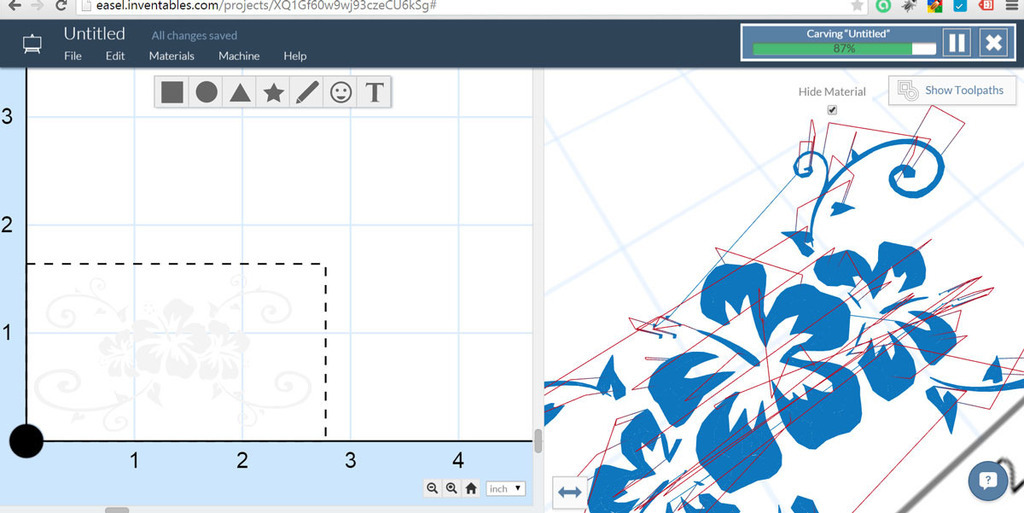 Looking more closely, this actually happened at least 4 times on this toolpath.

@SpencerShepard I think this is a software or firmware bug but I’m not sure where it is coming from. I’m going to copy your project and try to run it to see if I can replicate it.

What kind of bit and material were you using?

You can see the bad toolpath on my screenshot if you look closely. I just opened my project from the link I posted above, hit generate toolpaths, and it did it again, but in different areas. 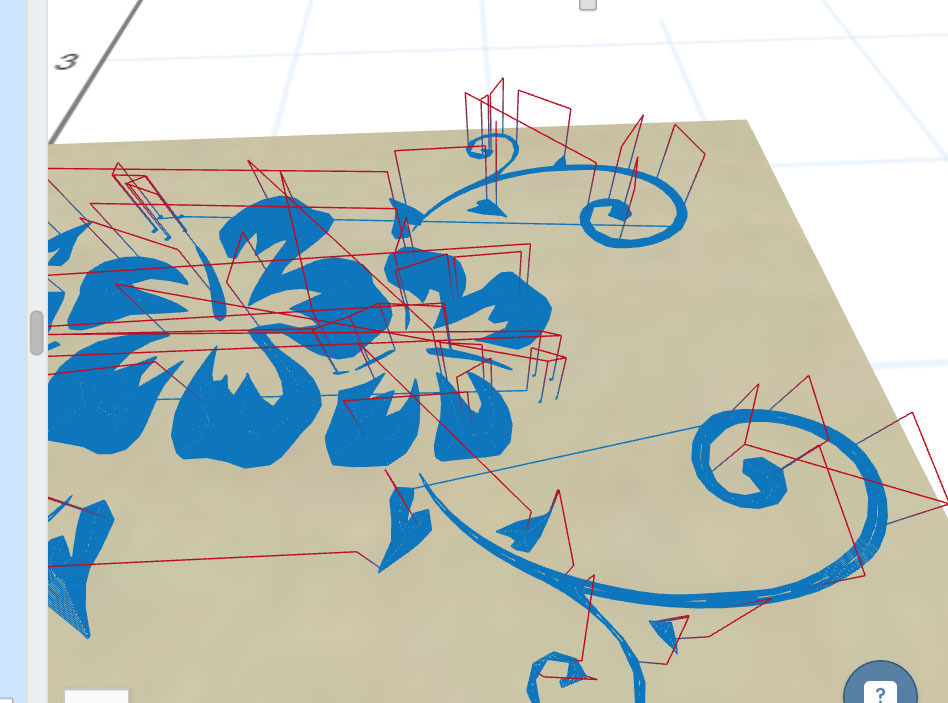 Oh wow! That REALY helps us figure this out. The Easel team will take a look at this in the morning. You just brought in a piece to the puzzle we have not been able to figure out. 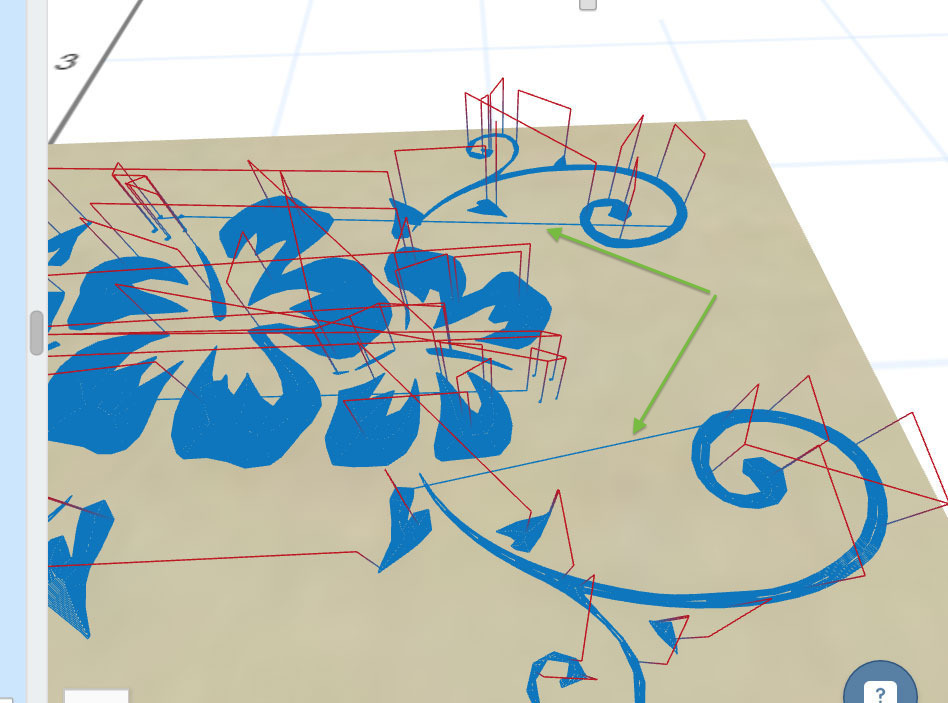 Can you confirm the green arrows are pointing to the problem path?

Correct. There’s a third one between those two as well.

It seems this is related to the depth of the cut, and possibly related to the recent toolpath optimizations. Anything <=0.028 shows these bad paths. If I combine all of the objects, the problem seems to go away completely.

That sounds like the problem I had with the bit not retracting before it relocated. This happened to me before the recent optimizations were released.

@AllenMassey can you open the file you had the problem on, click show toolpaths and see if there is a blue line carving in the material? (instead of a rapid)

@Zach_Kaplan No, I do not see a blue line instead of a red in my toolpath. The yellow is where the gouge occurred, which appears to have nothing to do with the toolpath. 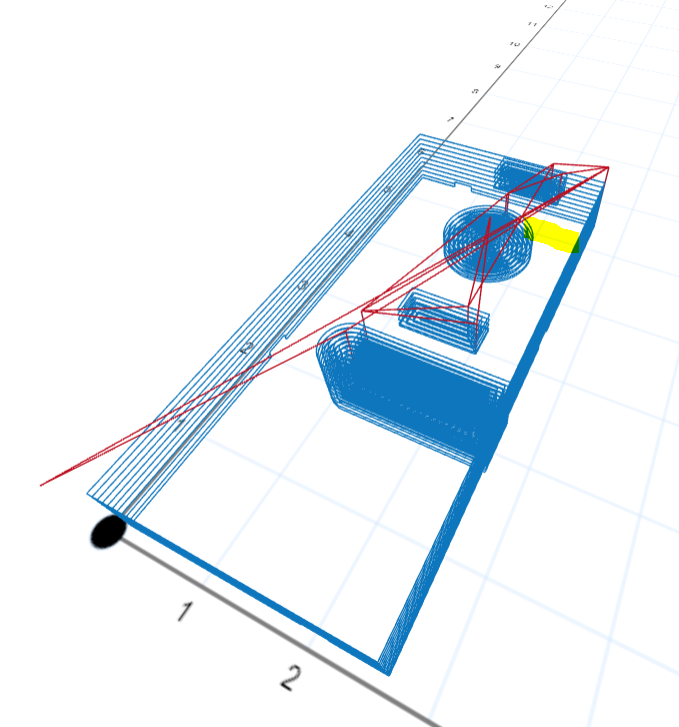 It’s the horizontal line in the center: 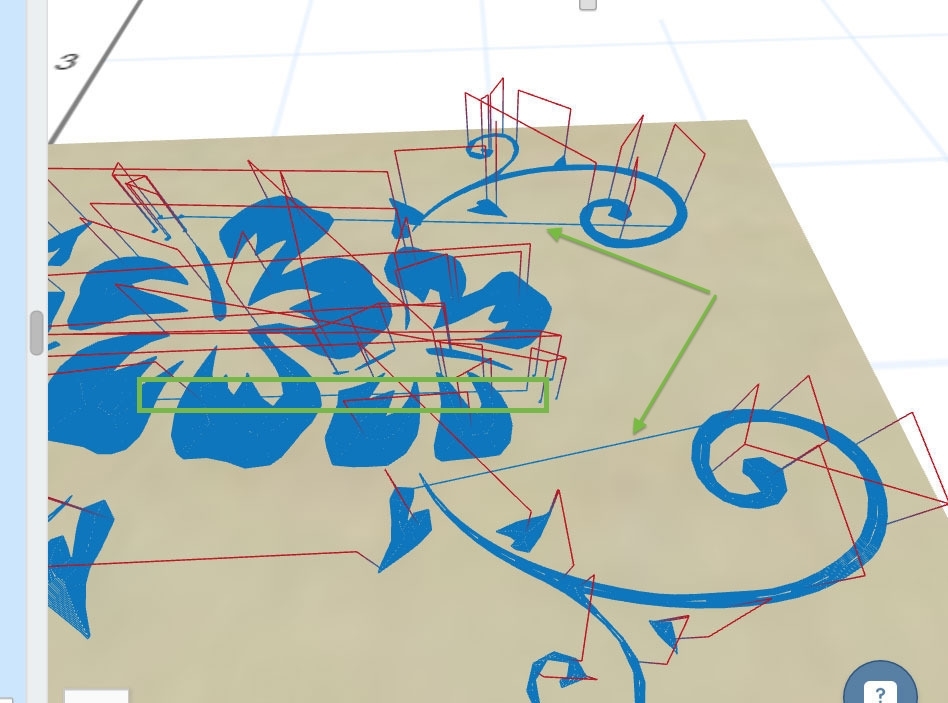 Hi @SpencerShepard,
I’m trying to reproduce the error. I’m wondering whether something have changed after you’ve shared the project. Could you please share the numbers you have used for

Also, in successive “generate toolpaths” clicks, did those erroneous lines change, even without changing anything (e.g. above parameters, or any changes to shapes)?

Thank you for helping us to narrow it down.

Yes I was experimenting with the project and forgot to make the changes on a copy.

To recreate the error, change the depth of cut to anything less than 0.029", and delete the box around the outside. If you leave the box, there are no toolpath errors, despite the shallow depth.

This one seems to have a much higher “breaking point” for the depth of cut producing errors. Again, you can fix the error by drawing an outline box around the objects, or using the Combine command.

The depth per pass, and/or number of passes is also a factor in this. On my second example posted above, if you change the depth per pass to 0.020", the problem goes away.

Thanks @SpencersShepard, this really helps. Now I see those lines.
We are working on a solution now.

@Ruwan did you guys figure it out?

@Zach_Kaplan, @SpencerShepard we have fixed the issue. And the fix is live now.

@SpencerShepard I’ve tested your 2 projects and it works for me now. Could you please have a look?

It looks good to me on those two projects I posted. Are you confident in the fix, or do you need further testing?