Ok, first of all I’m a total newb to cnc so I’m sorry if this is a simple answer that I’m missing.

I just finished building my X-carve and everything seemed to work great, aligned the v wheels and tightened the belts (to the best of my knowledge anyway). Then set out on my first project, clamps.
It was going great until about 90% of the way through when it seems like it shifted everything up the y axis by 2cm. I aborted the program and when the machine returned to home the Z and X axis both were right but the Y way still set back 2cm from where it should have been. I included pictures of when the machine first drifted, the other picture is when the cut was aborted and machine returned to home. Also Ignore the shallow cuts in the first picture, meant to change the design before I cut it but didn’t realize until it was to late.
Until it drifted everything seemed to be going fine, I didn’t notice any struggle from the machine and the only motor that was even warm to the touch was the Z axis so I don’t think it was overheating (Y motors still felt cool).

TLDR; Y axis moved 2cm halfway through a project and I don’t know why. 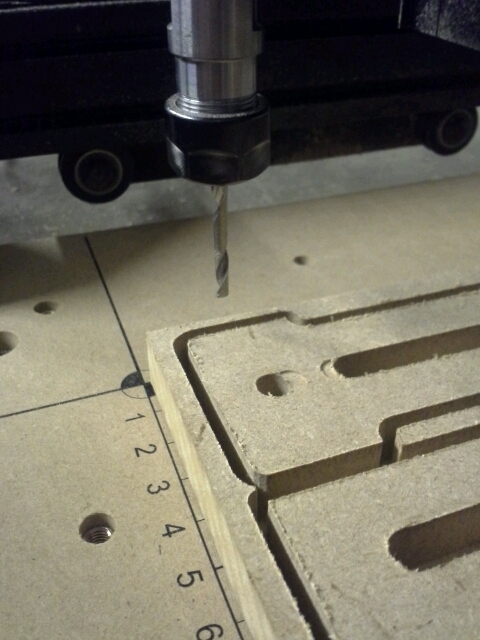 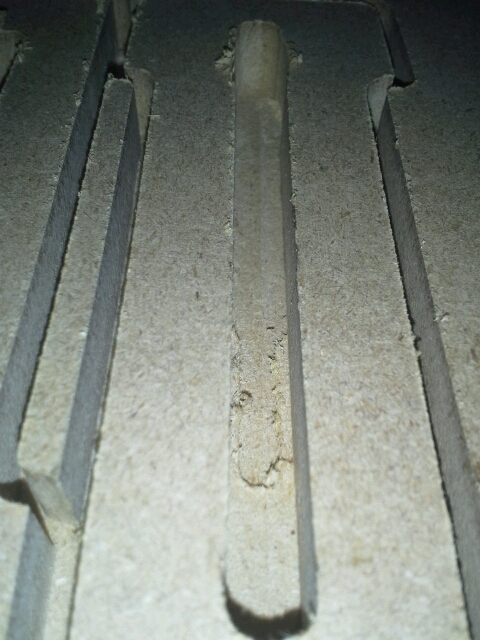 I had similar issues, follow these steps and it should make everything square!

I've had a relatively inconsistent issue with my Y axis. When I set it to move forward or back it will move a few inches and then you can just hear the motors trying to move but nthing is physically moving. I'm sure its a belting issue because I took the belts of and ran the motors and they run together and relatively smooth. I've tried loose, tight and in between with the belts, no consistent results. Not sure if it's relevant but the green light for the Y axis on the g shield dims and goes …