I’ve been experimenting with the new V-Carving for some reverse lettering and noticed a problem with the lines on a test carve in MDF. The vertical sides of the letters seem to have a bulge from where Easel sharpened the corners and I can’t figure out why. Is it possible my V-bit isn’t truly 60 degrees and that might cause it when the code follows up to sharpen places? It’s peculiar because the horizontal letter lines are fine, and all lines are fine around the edges.

If I were thinking about it at the time I would have just run the code again to see if it cleaned things up, but alas I was so excited I took the piece out! 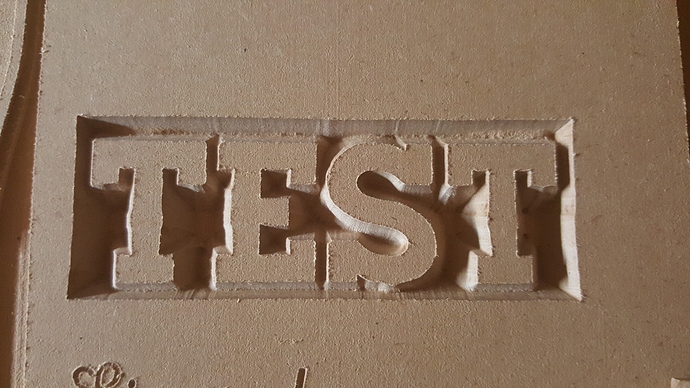 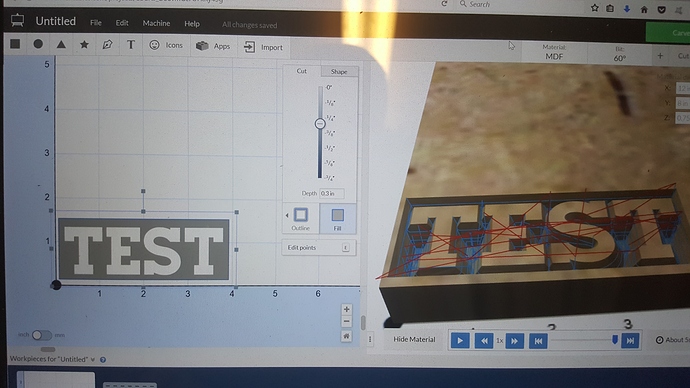 It is very possible the bit is not precise. Check this out:

A few days ago I made some inlay cutting boards as gifts for some friends that turned out really sharp with nice tight inlays, so I think the machine is in pretty good shape. I assume that if something needed tightening that badly I wouldn’t have been able to get these results, and I’ve only gotten weirdness on this V-bit test. 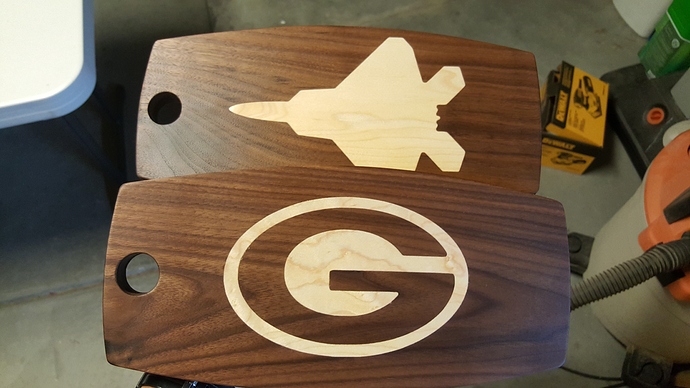 RobertCanning, I think you are right that I could use some tightening (yellow arrows below), but I don’t think the letter bulge (red arrows) are due to calibration. I’m new enough though that I don’t know though! 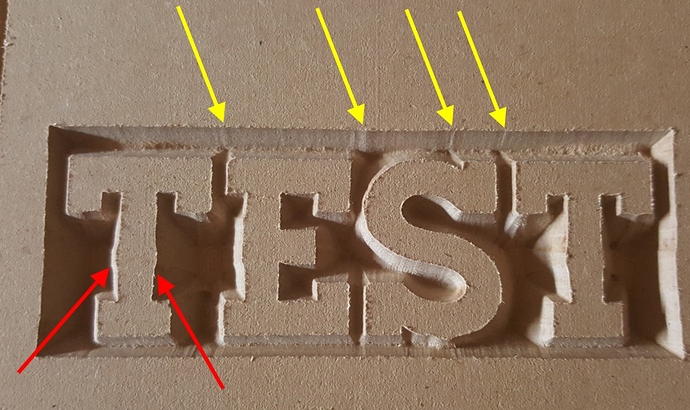 You could also make a test carve with a custom V-bit and set angle to say 59 and 61 (two test runs) and compare.
I would also skim the top surface of your stock in order to make sure its surface is 100% even.

Will be harder to get folks to do that when it starts the clock ticking on their free days.

Hey @Al13, I did a couple of reverse lettering sings with Easel Pro and I got my best results when I roughed it out with either a 1/8 end mill or a 1/4 end mill and then used the 60 degree bit for my detail bit. 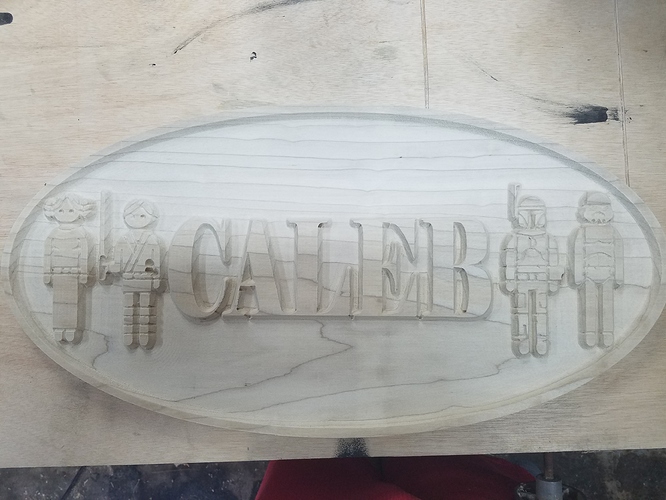 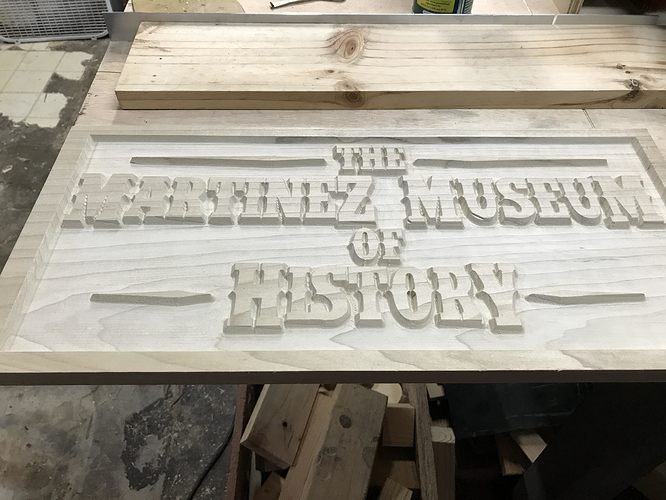 Thanks for the help and advice y’all! Will try carving again and post the file later today or tomorrow. Traveling with cell phone now.

During start of carve, all lines perfectly straight: 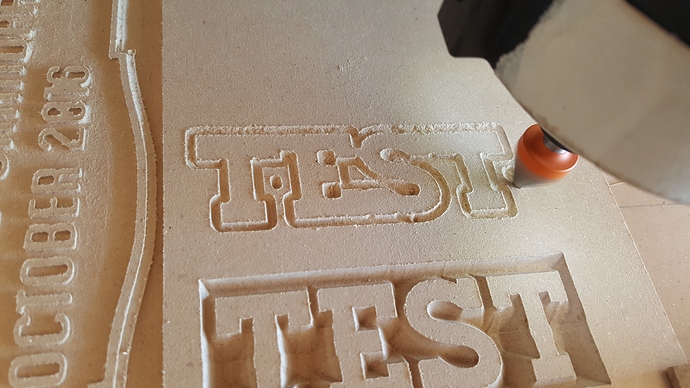 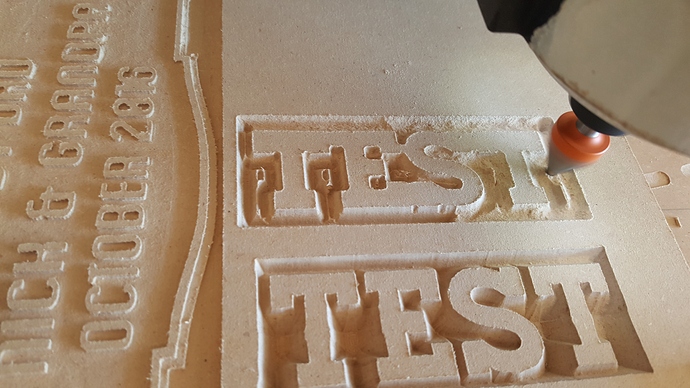 After finishing, the same bulge exists as before. It happened on the very last pass through when Easel tried to sharpen all interior corners. 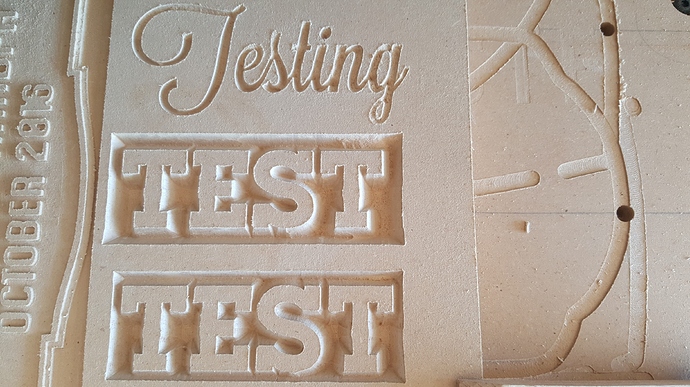 I tried re-running all code on the same piece to see if it would clean things up and it seems to have helped quite a bit, but the bulge is still a little noticeable. 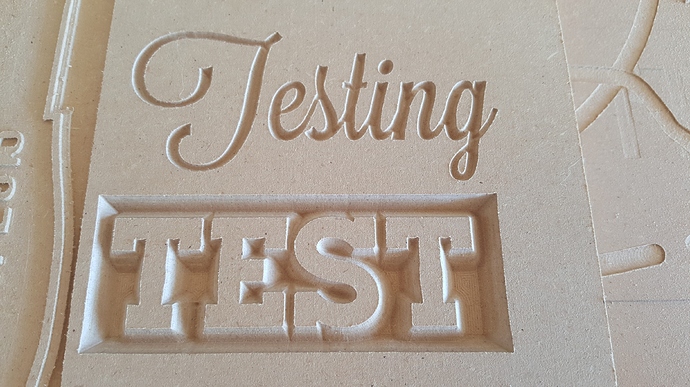 Maybe it really is just looseness in the machine after all?

Looks like it only happens in the deepest parts of the carve, perhaps the software thinks your v bit is wider than it is, try setting the depth a couple of mm less and see what happens.

Have you taken a look at the generated gcode to make sure the paths are straight (Simulate -> Hide Material)? I whipped up a test carve below (Homestead font) and the toolpaths look straight 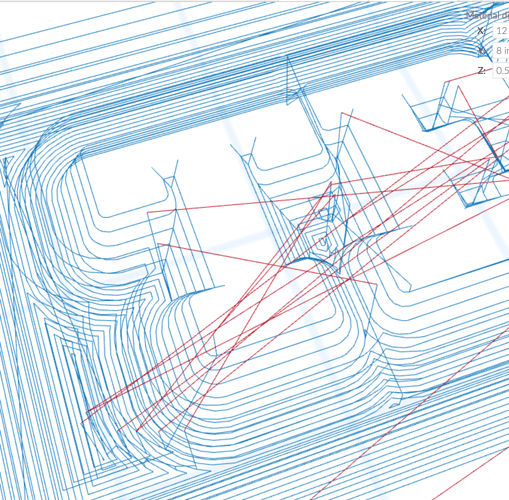 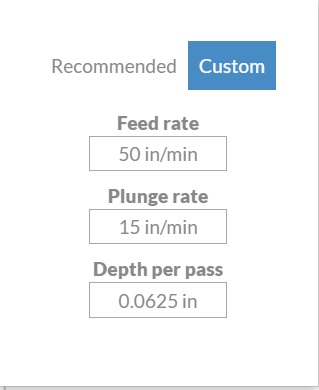 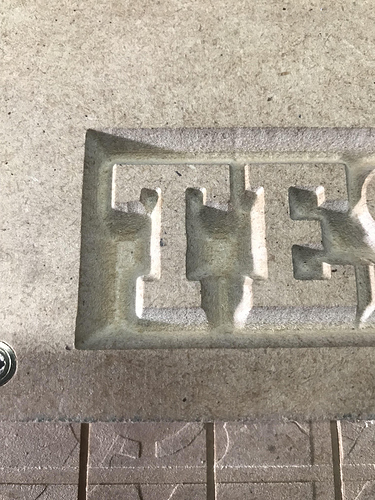 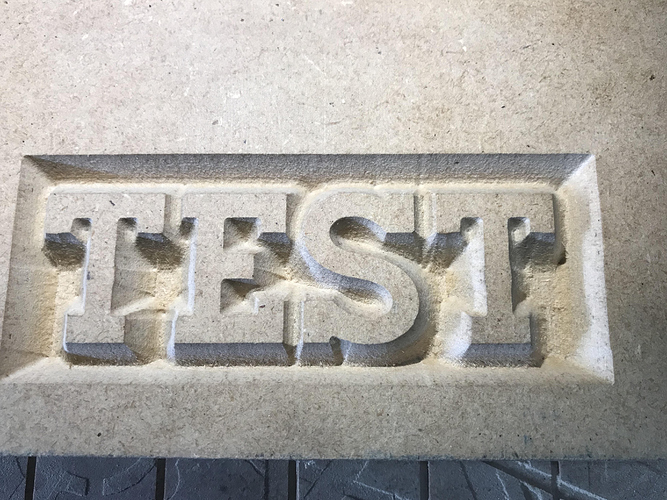 The bulge is still there just not as bad and it does happen when it does its run to clean up the corners. I think it mainly has to do with the small size of the letters and the depth you are going. I will test all that more when I get a little more time I just wanted to test it really quick for you when i got home from work so I could give you some type of an answer.

Ive had this issue. I think easel miscalculates the plunge to clean up the corners. Even in your pic with the yellow arrows it only happens where there is a feature opposite.

Try stretching the text vertically to make it taller and carve it. In my experience if there was a long flat next to a corner it didn’t happen.

This is my issue with easel pro. Easel has been a constant work in progress. Sometimes it works and sometimes it doesn’t. For free software, you can hardy complain. But now with easel pro, they’re charging, and in my opinion too much, for a product that has no guarantee of working.

I reported this over the weekend and this morning the software engineering team started investigating and trying to recreate the issue. From the pictures it looks like there may be a machine related contribution or a different bit or depth used because the two “Test” words look a bit different.

Has anyone tried a shallower depth with the 60 deg bit?

Could it be the bit? I believe Easel uses a true point bit and most vbits have a flat.

Hey @Zach_Kaplan I plain on doing a shallower depth cut and also a cut where I use a 1/8 end-mill for the roughing pass and the 60 degree bit for the detail pass when I get home today if no one else has.

We are still trying to figure out what’s going on here. We exported the gcode generated from this project and imported it into 2 different gcode simulators and they both show the same thing, straight lines where the picture clearly shows bulges.

I’m thinking it’s either a depth issue or something on the machine isn’t tight. I’m having trouble wrapping my head around the bulges but it does seem like if something was loose it might “push” the but to the side causing the bulge.