I am interested in the tip/trick for how to make the background around the letters/words. I can easily set up the cuts for the background words. I can also easily set up the sentence for the laser. What I am challenged by is how to use V-carve to set up the area under the sentence so that the carve doesn’t cut it out? In the case of the photo provided the area under “Makes this house a home” is nicely outlined so as to not be cut when the word ‘family’ is carved out. Any thoughts on this would be appreciated. Thanks.
V/R 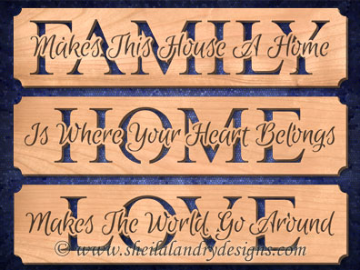 You can put Text on Text, then;
Convert Objects to Curve,
Click N key for vectors,
You can insert and cut points around second text on top of first one,
You can close sectors with line.

Maybe someone have easier way to do it. This is what I can think of.

I did very basic modification for Foreground letter e . I think takes forever. 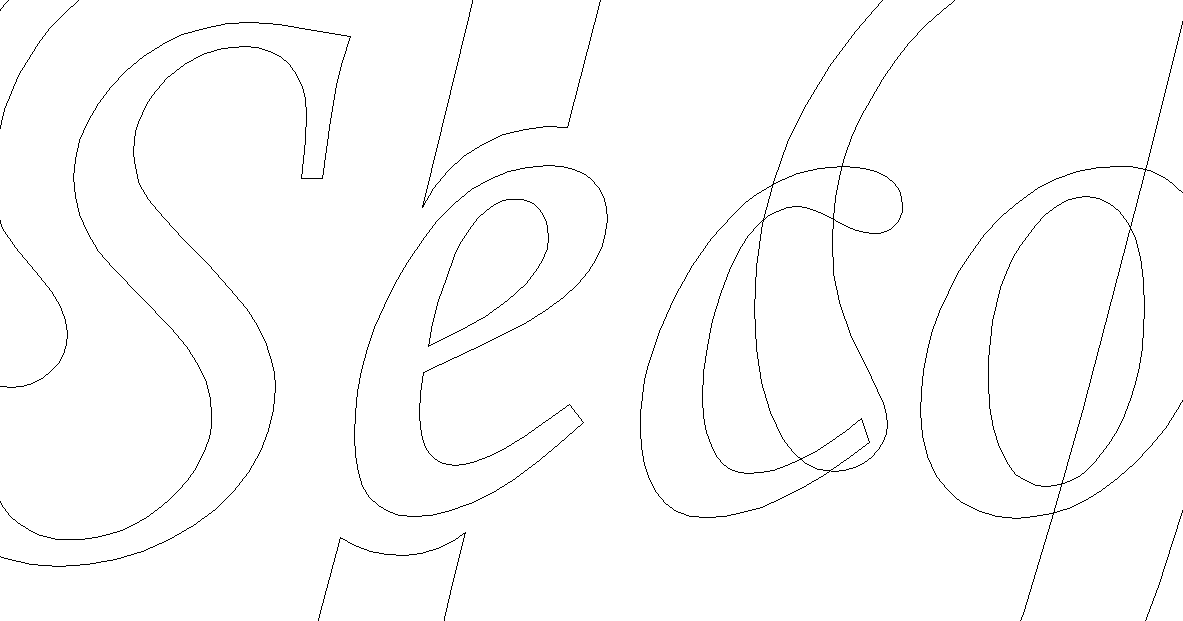 Do the text for the sentence next. Create a copy of the sentence and move one to a new hidden layer to get it out of the way for now.

Convert one copy to curves then group them all together… create a new boundary vector which encloses the selected vectors…adjust the offset so you get what you want.

unhide your layer with the actual sentence…

Pocket the remainder of the big background word and v-carve the sentence.

You are on the right track here, I don’t foresee a way to do this without modifying vectors some to make it work. A good first step would be identifying a font where you do not have any closed circles. There are a few that are close, such as Great Vibes but it will still require some manual vector editing.

Another alternative would be to purchase the template, I recognize the name as a scroll saw artist and then do a vector trace (assuming she doesn’t sell her designs as vectors). But that’s not as much fun…since you are stuck with what she wants it to say!

I like the idea, ill keep playing with it to see what I can come up with. 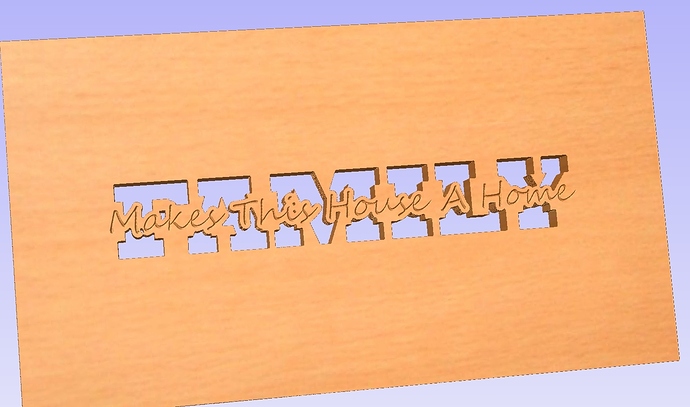 I like this idea…similar style but eliminates the complexity of finding the 2nd font without enclosed areas.

Just to confirm your response is from V-carve and not Aspire? It has been a huge tease to work with some projects only to find it is from Aspire and not v-carve. I am not ready for a $1400 upgrade yet. Maybe if I can get the two level text working…ha! That would require me to sell something versus gifting my products though. Thanks for the feedback. Now I will see if I can translate what you wrote into an actual file.

Another way, you can draw arcs just crossing letter lines and trim one by one. That’s much easier.

Did you try it

Everything I did is in V-Carve…

I know it looks like quite a few steps, but it really only took about a minute to get the results…with no manual editing of any vectors.

I found this PDF on the Vectric forums, although I haven’t really read it yet, or tried to apply it in Aspire.

I tried the same technique as above with different fonts…

Thanks again for the help. Practice with the software is key obviously.

I was challenged with the cutting path for the way I was going. Your feedback helps. 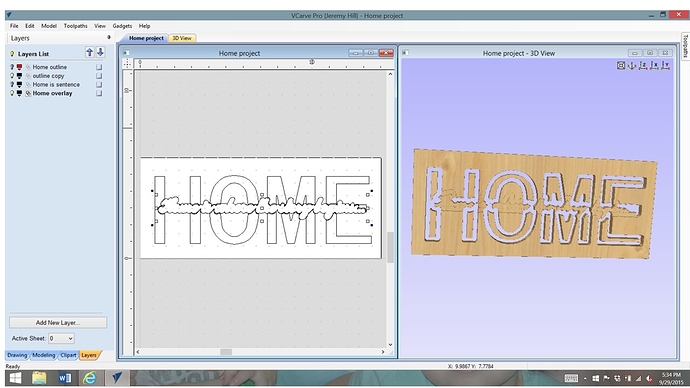 The background lettering I did as a pocket, instead of an inside the line cut…

In the preview cut window, double click on the waste material (the stuff that will fall out and not be part of the design) and it disappears.

Inside the line is fine for this, might want to bump up the offset for the boundary vector of the sentence.

When you get it set up and cut, I would love to see the finished project.

I think Erik has it nailed. Except, when you convert the sentence to curves, it might be better to select each indvidual letter and set a boundary vector. Then you could edit those indvidual boundary vectors with the node editing tool. THEN, Create a boundary vector of that boundary vector and use that to use scissors to cut your big letters. Then delete the big boundary layer… it sounds complicated, but just keep in mind you can:

This will give you more precise and pleasing results… but obviously will take more time.