So, I did my first carve on my x-carve, and for some reason the pocket was not finished on my project. It seemed to get about 60% of the way through, and then move onto the next tool path. I checked the tool paths in vcarve, and it shows a completed pocket, no abnormalities. I thought maybe something happened with the paths during the design process, so I deleted all my toolpaths and generated new ones, and I got a similar - but not exact - situation. I was able to save the project by texturing the bottom of the pocket, but it still didn’t work as it was supposed to.

look at the simulation in v-carve, does it look correct? Is the bit too large to cut the pocket?

The pockets are only 60% of their supposed depth? Or a 10cm diameter circle pocket would end up 6cm? If the former, could it be a problem with the Z-axis belts wheels?

Maybe I didn’t explain it well, it’s essentially quitting in the middle of the tool path, so when it was about 60% of the way through the pocket it just stopped mid cut, and moved onto another section. It isn’t belts or the calibration, it works fine when cutting from easel. The rest of the tool paths were fine.

Nope, the bit size was fine. It looks great in vcarve. It just decides to quit on the tool path and move on to the next for some reason.

can you send me the file to look at? PM it to me if you want

One of the weird things I noticed was when I tried to just salvage the project by adding a texture tool path. My thought was I could texture the pocket and effectively cover up the incomplete area. On the pocket toolpath it quit about halfway through again, then went into texturing. The odd thing was it textured the incomplete areas at different depths, like it was aware the tool path wasn’t completed and calculated the next tool path with that in mind. Weird. That’s what made me wonder if it was the gcode.

Sure! I would really appreciate it. The vcarve file or the exported gcode?

This is the original run that messed up, not the one with the texture toolpath.

Here is a photo of the actual finished project. I textured the pocket to cover it up, but if you look closely you can see spot the incomplete pocket. 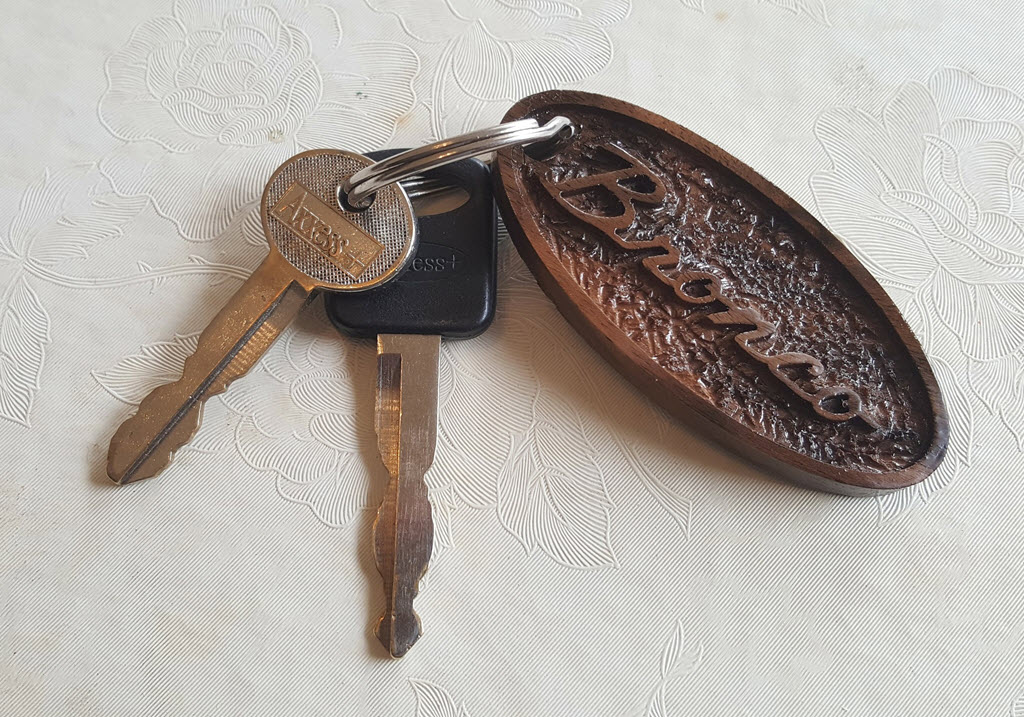 Both files look fine, so it is either Easel or a mechanical issue…probably mechanical…pics of the failed cut if you can… 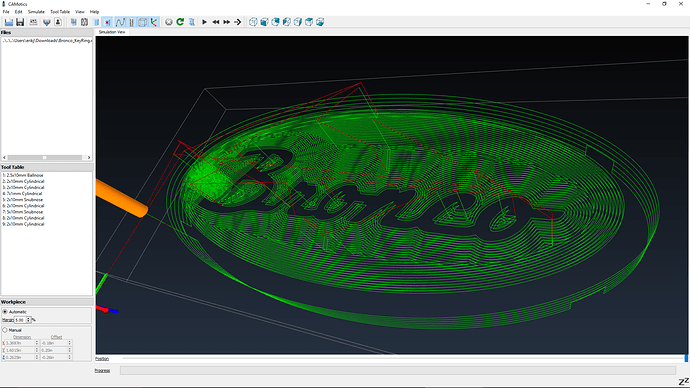 I can throw in another piece of walnut and make another one just to see.

can you take a picture of the first one?

that is the first one, I just textured it. I can just re-run the same gcode as the first one. It only takes about 10 minutes to cut. I’m going to have a bunch of half-assed bronco keychains, lol. But, it’s worth it to figure out what happened.

Here I’ll upload it to my server:

So let me ask you, what mechanical issue would cause the machine to just arbitrarily end a toolpath but then correctly finish the next two tool paths in order?

ok, I would guess you lost steps in the z-axis…check your set screws, see if there is play in the z-axis…is it possible the bit slipped? Do you have the X-Controller…if not check z-axis potentiometer/stepper motor power

I doubt it stopped the toolpath and moved to the next ones, it probably finished, but just didn’t go deep enough on the second pass

I don’t think the bit slipped as it immediately stopped the toolpath mid sequence and moved onto the cut-out portion and completed seven passes perfectly. I’m running the latest x-carve available with the x-controller.