ive seen 2 ways to stiffen up the x axis rail on the X-carve specifically the 1000mm version. its rather you stick a piece of metal (aluminum/steel t-rod/ I-rod, or using a piece of 4mm steel sheet with low profile nuts and bolts) or replacing the whole x axis rails with a single piece of 40mmx40mm aluminum extrusion with some open rail from openbuildspartstore.com ( this idea is from Eliaspolitis, please check out his forum post, its a very well and thought out design, this man is a genius for replacing the x axis with a single aluminum extrusion… any way my question is from those who have done either of the 2 mods, is which is better?

i feel like the single aluminum extrusion would be obvious but also thinking about it. 2 aluminum v rails with a piece of 4mm thick piece of metal wedged in (say steel I-Beam) would be just as strong or maybe stronger then just a single piece of aluminum.

i am trying to do one of the 2 mods by the end of this week, but want to pick the better mod,

Yet another list of mods for the X-Carve. A big thanks to this forum for the inspiration. hand tapped all extrusions and used flanged button head cap screws (ISO7380F) to connect extrusions to plates (shown bellow next to an original self tapping screw) [image] expanded the X-axis slots on the Y side plates (marked purple bellow) by 3mm horizontally towards their neighboring holes [image] and used 3mm alu spacers for the X axis carriage V-wheels in order to use [image] a piece of 40x40 V-S…

I- Beam mod by Marius Hornberger

I’m just theorizing here, but you can see him flexing the Y rails up and down, which is the direction where they are 40mm in thickness.

So I think a 40x40mm profile would probably be prone to flex, at least more so than the steel sheet method.

But as i said,thats a theory.

I just finished the 40x40 Mod. So far it’s a Rock. I have yet to do the Y Mod(tomorrow’s task) but it already seems like a different machine. I also did the belts pullys and the eccentric spacers. Works beautifully. I also used blue lock tight to keep it together. I tapped the 40x40 deep so I could use 20MM bolts to secure it. While I have no experience with the steel bar method. Either seem like a major improvement. I guess the most obvious difference is the price. A $7 price of steel and a couple bucks in nuts and bolts vs around $50 I think it was for the X Mod. To do the belts , pullys and everything else was around $200 total. The increased feed rate alone is worth whatever the cost. Went from 25-30 ipm to 60. And wished I had went faster.

do you mind posting pictures of your setup? because for me the x rail replacement would be $100 (shipped) plus the belting and eccentric spacers… i already did an all stainless steel fasteners upgrade that was around 40 bucks but i purchased more screws then i actually needed to have spares so i spent 70 bucks (298 screws, 400 lock nuts, 300 spacers, all stainless steel)

As you can see its almost a complete tear down so I moved the Maker Rail with the logo down to the Y Rail. Just didn’t seem like an X-Carve with out it LOL. 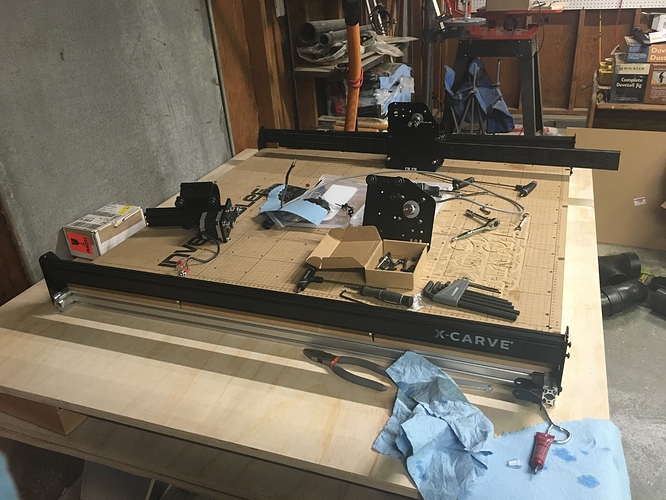 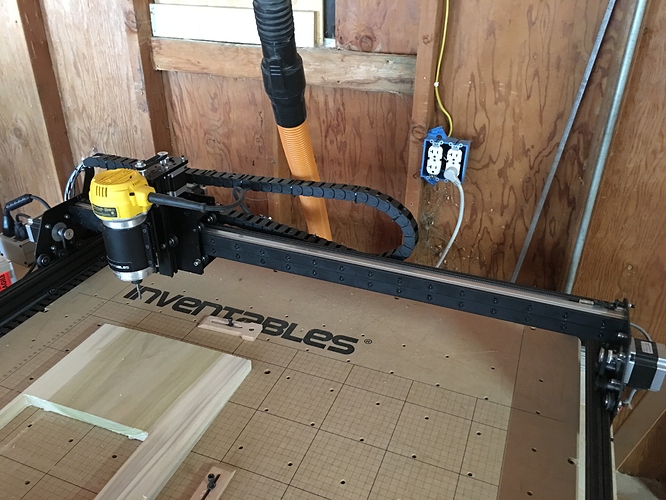 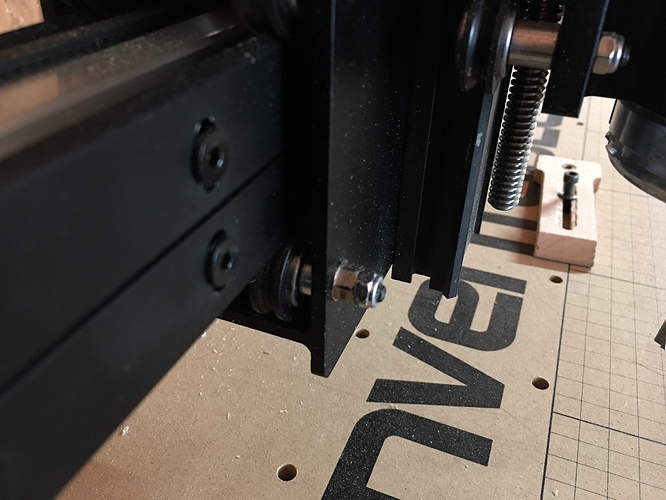 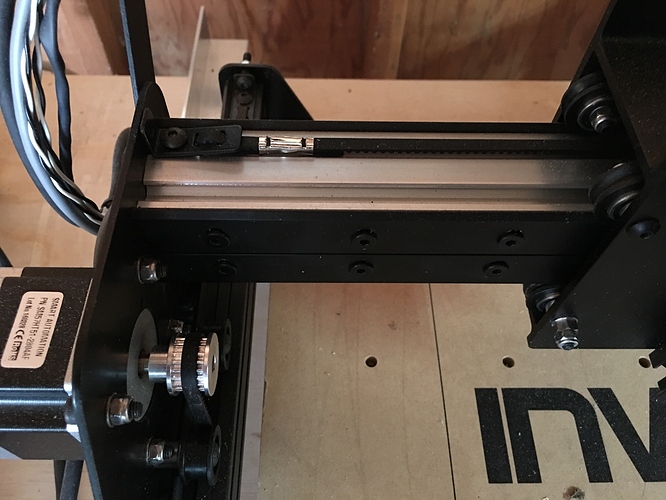 This is a complete (steal) from X-Carve mod pack 1
Usually I like to do my own thing but it was such a detailed post ( and seemed like a very good idea to me) I just ran with it.
You don’t even need to source it. Just follow the link and buy.

now my question is did you buy the eccentric spacers from inventables? or from openbuildspartstore.com?
and was it difficult to widen the holes on the side plates for the new rail? mine were rusting out so i sanded them and repainted them, i shouldve just opened the hols first then painted them. but i already started.

I got them from openbuilds. The are a bit bigger than the one from Inventables. And the holes were no big deal. I used my drill press to do it. They were a bit off so I used a round file to open it enough for the screw to fit. But you could use a router table a round file or anything you have really. If you mess it up you can get a new one for under $20 I think it is. But it wasn’t difficult.

If you change the belts and pulleys to the gt3 from Openbuilds. Remember to calibrate your steps.

do you think it would be a problem to replace the low profile socket screws for just standard button head screws? i prefer all my hardware to be stainless as where i live everything rusts… leave freshly sanded piece of metal outside for 5 mins and you can watch the rust form…

You could give it a shot. It looks like it will be tight though. You would absolutely have to change the mounting of the X Axis cable chain.