you have to put it on when it’s in the mount, it can’t fit through the mount when it’s on. use a small stub screw driver

OK, I was thinking I may need to remove the mount (with the 611 still in it) , install the diverter and then reattach the entire mount assembly.

you can’t remove the two screws that attach the mount to the delrin nut as the spindle covers the location.

Yeah, I just tossed an apex bit into a small socket and that helped.

I just picked up a pack of #8-32 X 3/4 inch and they do not fit the thread in the 611. When I look at the thread on the screw that came out it appears to have a much coarser thread than the 8-32 machine screw.

Are you sure you used the #8 machine screw with 32 Thread per inch? I would really hate to force a screw in and ruin my 611.

8-32 x 3/4" the screw is just going into the plastic around the button. the holes in the aluminum housing are not threaded.

Ohh, thanks for the help,

I have it installed! 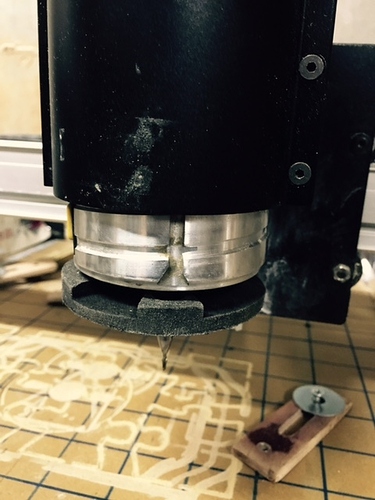 I did a little re-work of @MathesonHarris 3D model (who re-did yours). I made mine so that you can re-use the screws that come on the DeWalt by countersinking the holes. I also made the LED holes larger so that it has more light showing and finally I cut the back off so that it was easier to get to the Lock button.

You can also modify it if you want by going to https://www.onshape.com/ and signing up for a free account. Do a search for the “DeWalt 611 Air Diffuser” 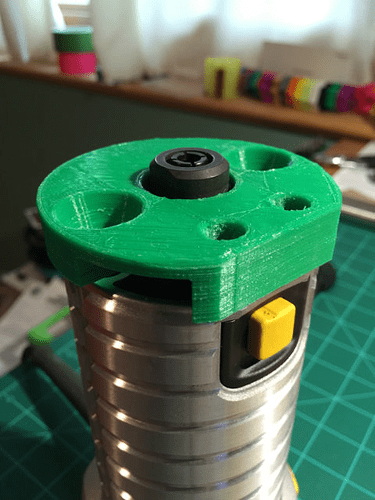 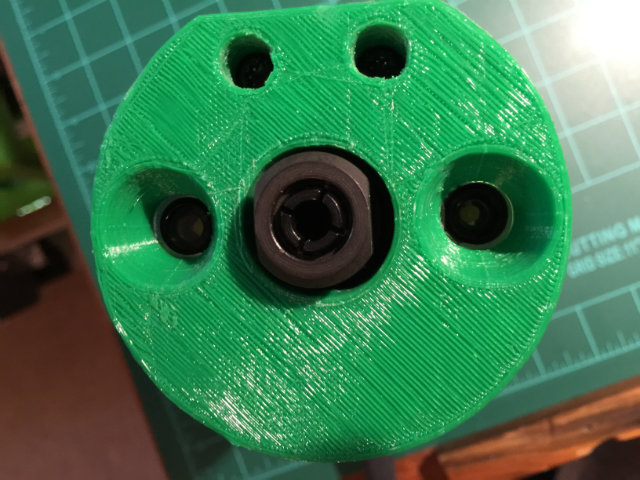 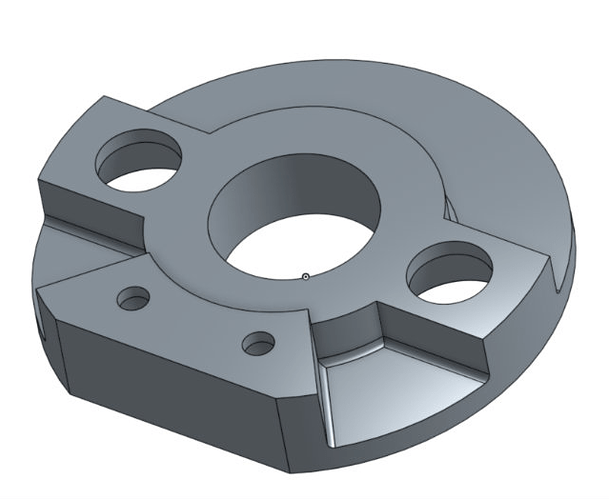 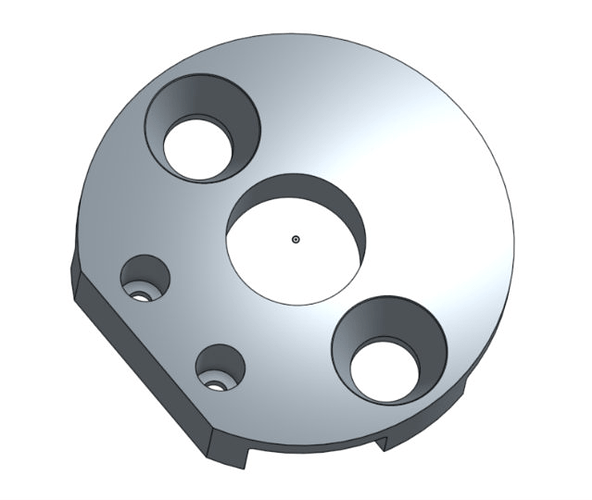 @MartyEnerson That looks great! Question as I am not a 3D printer and send my files out to get printed, do you foresee any melting issues when using PLA filament? I would think the router would provide enough cooling with the amount of air its chucking but not sure.

As long as the PLA or ABS is not touching any moving parts, it stays cool. You can grab onto the aluminum housing and it stays cool even after running for awhile.

If you want, I could print one out and send it to you… (you cover the cost of mailing)

I just had one of these printed by a local printer (3Dhubs.com) - I look forward to installing it, just the next step in the battle with dust. I will provide feedback as to it’s effectiveness once installed.

Thanks for sharing the file!

I designed several of these from scratch although they all look fairly similar, of course. I specifically wanted open ended slots for the LEDs to maximize the light out and I printed them in white to reflect light.

The smallest is 66mm in diameter, the same as the router, so that it will fit through the 611 router mount without being removed. 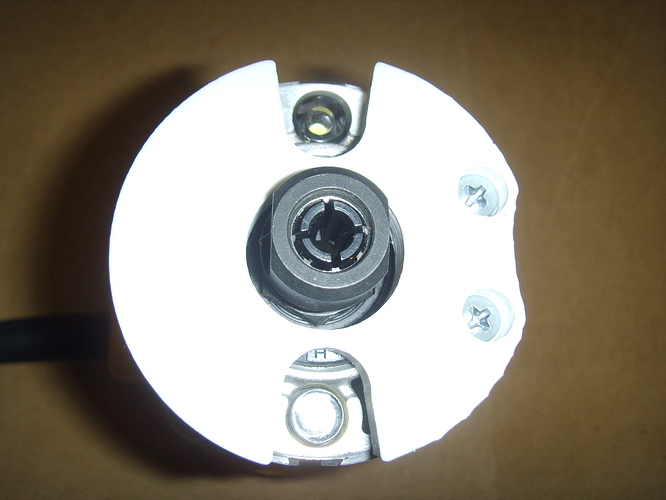 Then I designed one that is 90mm in diameter so that it would maximize the area to divert the air. Maybe not an absolute necessity but useful for those people that are never going to remove the router. 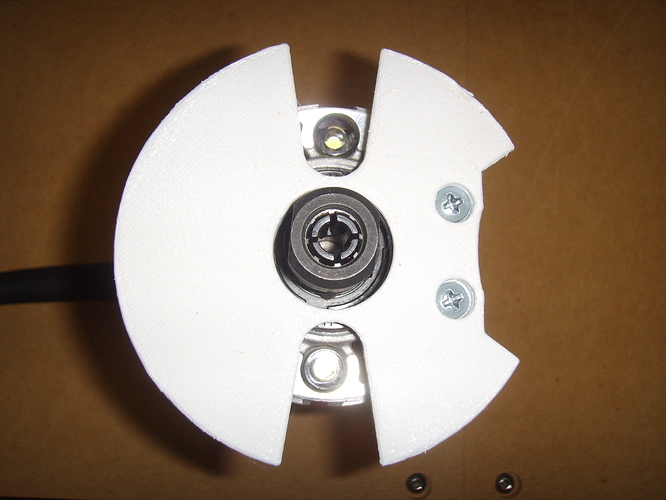 Then I designed one to hold a SuperEyes microscope to use for spotting and centering, also mostly 90mm in diameter. 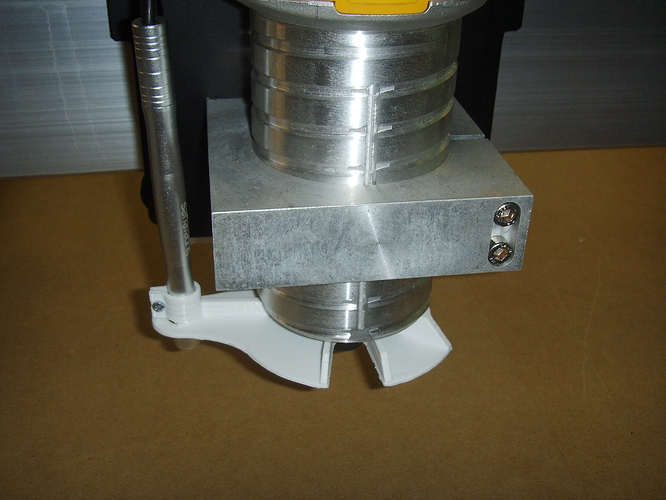 I’m planning on putting these in an online store as soon as I figure out how to use Weebly and if that doesn’t work, then I’ll change to Shopify. It is going a little slowly as I’m an engineer, not an online sales and marketing guru.

I updated my diffuser with fins. You download the .stl here. http://www.thingiverse.com/thing:996689 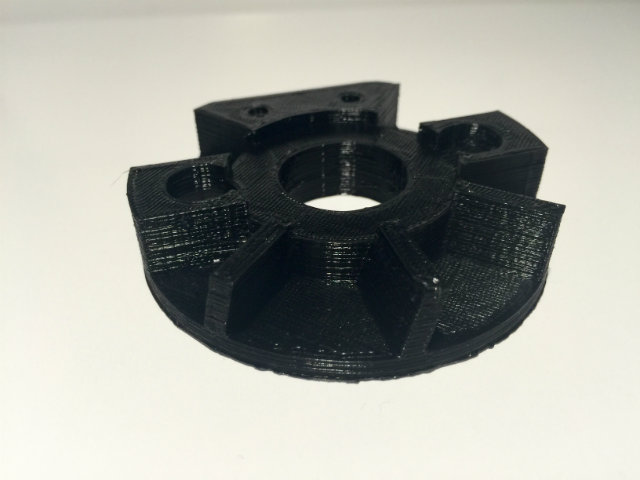 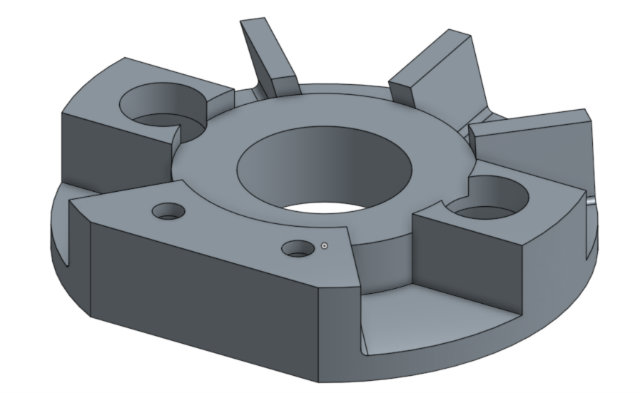 What advantage do the fins add? I printed your V1

If you look at the bottom of the DeWalt, you will see that there are fins in the metal casing to direct air. I assume that DeWalt is doing this for a reason so I just added it to mine. They probably have smarter people engineering things than me.

All in all, it probably will have zero effect on anything compared to my V1.

One thing I did on V2 is I raised up the two side pieces where the LEDs shine through. Now they are touching the case which helps with the light bleeding out. Maybe I will update my V1 to have this also.

If anyone wants one of my version 1’s, I have a green PLA one that you can have… just pay for shipping.

Id like to try it out, message me to set it up. Toledo, Ohio shipping. Thanks#