Hey everyone. I was just wondering if anyone else has seen this issue and know of a solution. My problem is, just recently, i can’t get the tool origin point to stay where i put it.
for example, my normal flow is, create project, go to cam, set tool position to lower left corner, select all bodies and all that, generate tool paths, post prosses, and use easle to set the machine to the lower left corner of my stock, then carve. However, just recently, after the tool paths are generated, the tool orientation moves to above where the tool path starts. So it’s no longer on the lower left corner where i set it too. I tried running the code through easel to the machine using my normal routine just to see what would happen, and instead of moving the tool to first tool path, it just went straight down and started carving. 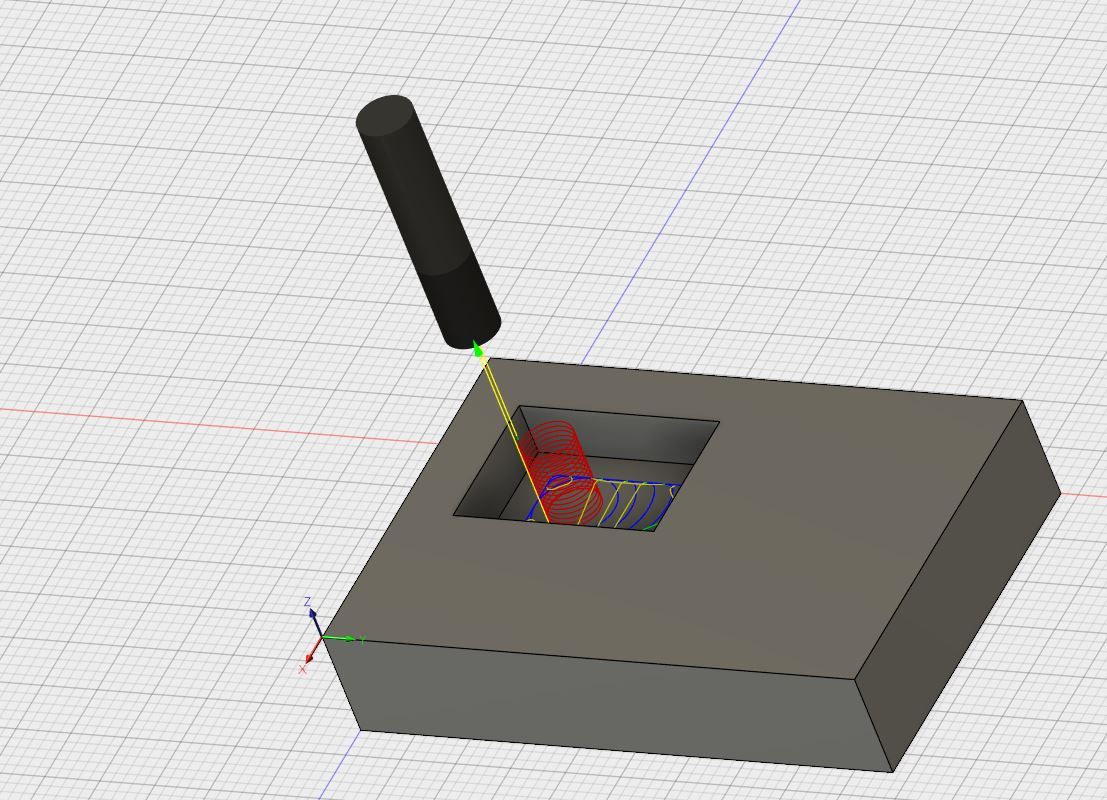 1.JPG1107×800 134 KB
Here is a picture of what i’m talking about. You can see that i have set to origin point in the lower left corner, but the tool begins at the start of the cut instead.
Any help that anyone can provide would be greatly helpfull.
EmilianoMolina May 8, 2016, 11:15pm #2

I don’t understand the problem Dennis! what exactly is going wrong?

Not very proficient with Fusion but try clicking on the X orientation arrow so that it is in the direction of your stock. Don’t know if this has anything to do with it or not but worth a try?

The problem is if you look at the tool, it’s not at the corner. it’s above the pocket. I need it to be at the corner, or “home” position. from there, the tool should move the to pocket, make the cut, then return to the corner.

It’s confusing to me because this just started about a week or so ago. I’ve only had my machine and been working with modeling and machining for a few months, but this is how i’ve done it since i got the machine, and suddenly it changed

I still don’t understand, why does it matter where the tool is drawn? You home the machine to the corner and when you run the program the tool moves above the cut and starts working right?

Here’s an example. This a g-code imported to easel before this started. 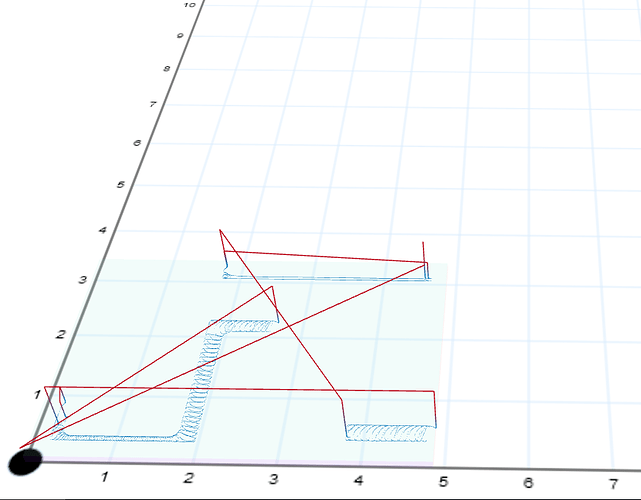 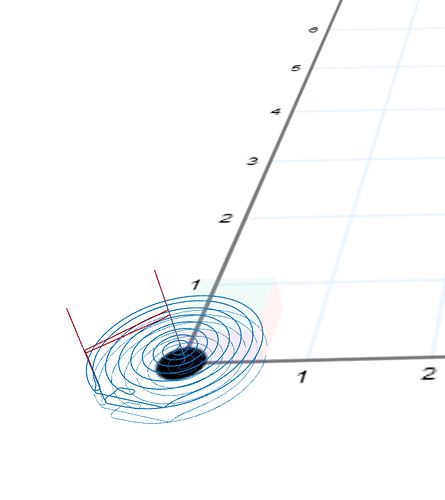 2.PNG619×695 40.1 KB
And here is g-code imported after this started happening. You can see that the tool path begins at the home position. 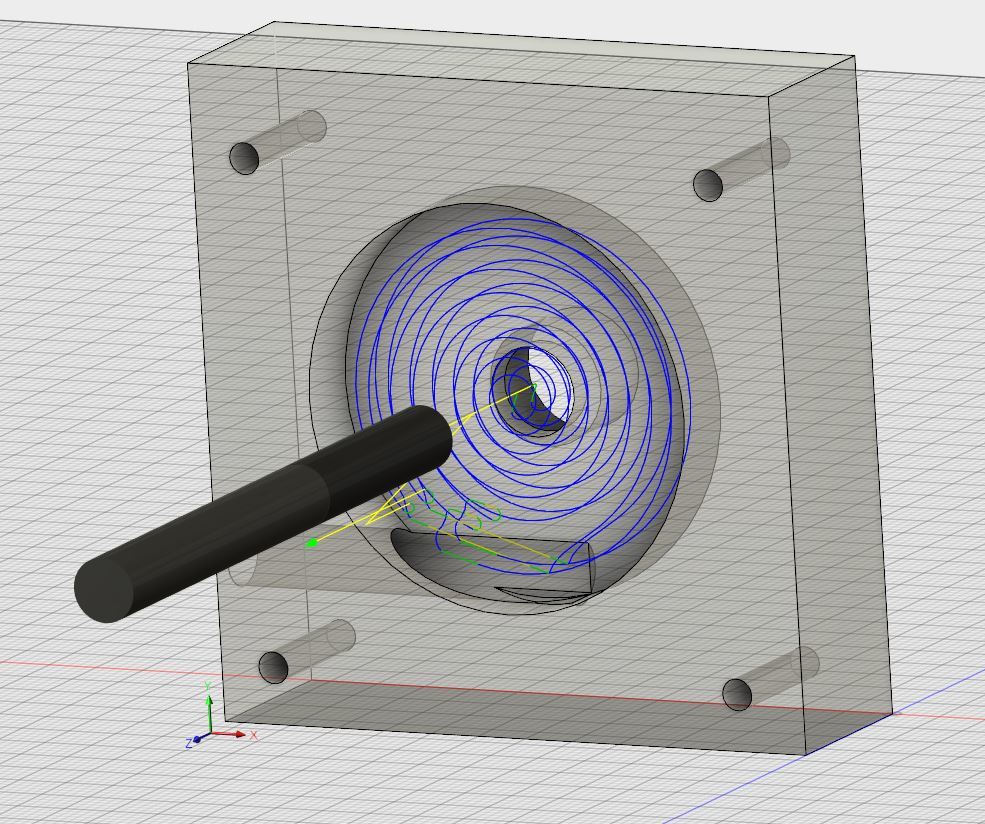 The g-code is supposed to tell the machine where to go, so if there is no home position in the g-code, then it’s just gonna start cutting where ever it is at the time.

Ok, I think I may know what’s happening. Each setup in F360 has it’s own ‘home position’, called the WCS origin.

You can find its settings under the setup options for your operation. Can you let me know what your settings are?

For what you want I think they should be ‘Selected Point’ and then you need to click on the bottom, left corner of your model. 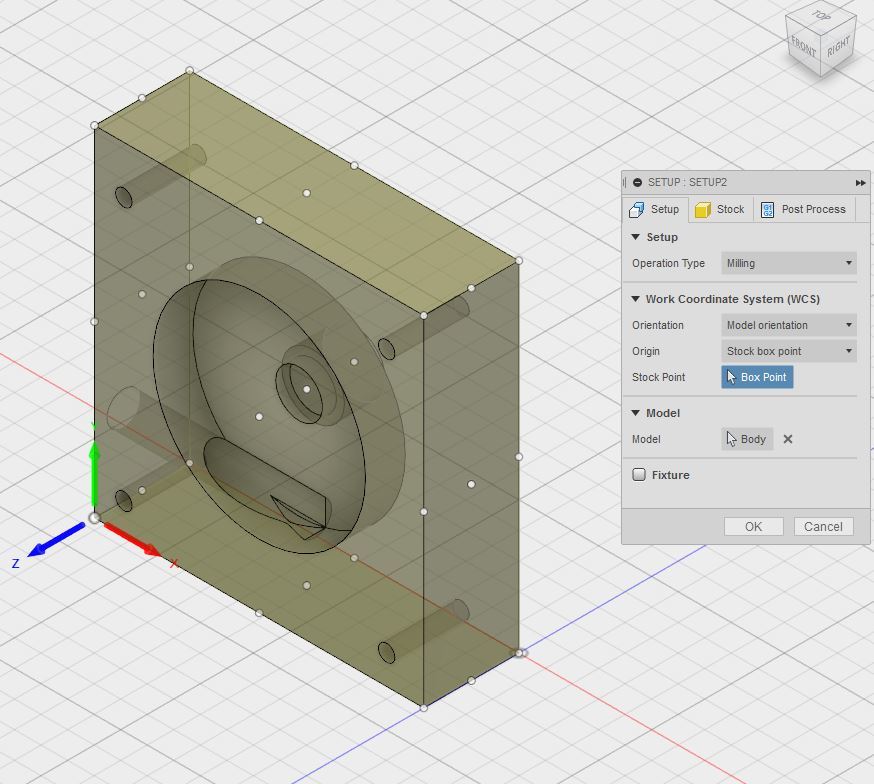 If you clicked on the bottom, left corner to make the origin arrows go there then yes! Did you? …

yep. did that. the tool still moves to tool path starting point.

If you’re interested you can pm me and I’ll send you my email so if it’s possible you can let me have a look at the project from F360. I’m not an expert on it but I can bring fresh eyes to it if the project isn’t sensitive.

That would be awsome!! now, how do i pm on here. lol

Does it look right during the simulation in F360?

I think you click on my username then press the little envelope button. Hang on I’ll try it.

Nope. simulating it just shows it as it is. no home position

@DennisSchell I use a sketch point to define my WCS origin (home). That way, you’re not limited to points on the model or stock.

Is this only happening in the simulation or does this also happening during carving?
I have never seen my fusion have showed a toolpath that starts from Zero position.

The Zero position is just a reference for the coordinates, and is the point on where you zero your bit.
The bit can be anywhere when you start your job, and it will move it to the first X-Y coorinate when you start the cut.
The first move in the G-Code may look like this: G0 X87.46 Y89.683
This is the start position showed in the simulation. And wherever your spindle is, it will first be moved to this position in relation the the zero point.

And when the job finishes it lifts the bit to the clearence hight and stops. G-Code senders may have an option to move to Home, or other position when is finishes the job.

Another thing is that I think you are mixing Home and Zero(WCS Origin).
Fusion have no idea where Home is, this is a position that controlled from the CNC controller.
Fusion only cares where Zero is, and it uses this as a reference in the g-code.