Works with the original Arduino setup and with the X-controller.

With so many different upper level programs to choose from it becomes difficult to troubleshoot a problem that occurs when using your machine. Is the problem in the CAD or CAM program? Maybe it is a firmware problem (grbl).

How do you know where to start looking for the problem?

For some problems, the place to start is obvious. For others it may be all but impossible to guess a starting point. For these types of problems I find it to be best to start at the lowest level to determine were the problem shows up. If the basic functionality can be shown to work, then you can move upward in the process to locate the failure point.

My starting point is to check out grbl to see if the firmware and hardware are both working at the lowest level.

My preferred software interface for doing this is the Arduino IDE Serial Monitor.

Early offerings from Inventables used the installation of the IDE as the preferred method of installing the Arduino device drivers. For those systems, no additional installation procedures need to be done to use the serial monitor. If you want to use the Serial Monitor and you don’t have the IDE installed, then you would have to install the IDE.

First go to the Device Manager and verify that the system recognizes the device. 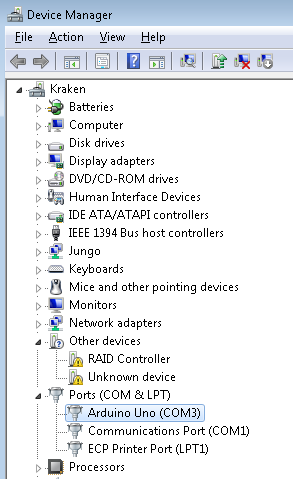 Then start the Arduino IDE 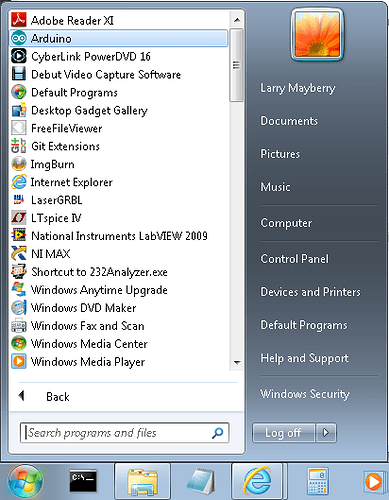 A screen will come up with some project loaded, you can ignore the project as you are only going to use the Serial Monitor. Using the tools menu select the board type and port number. 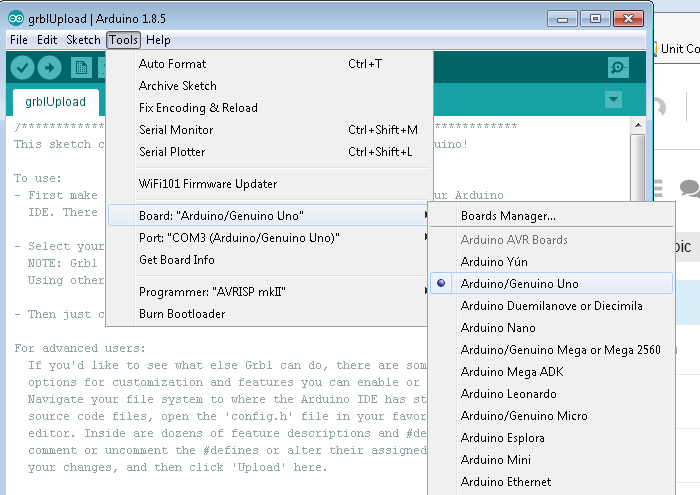 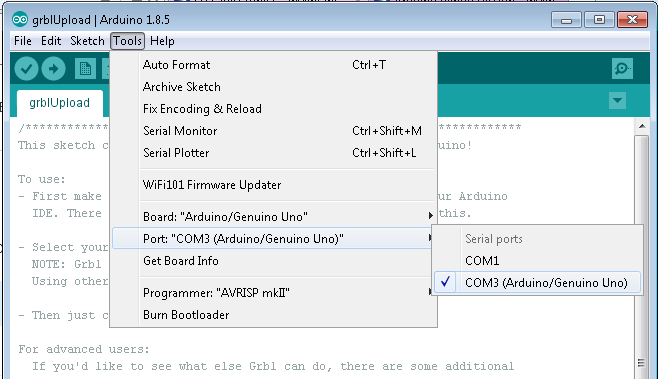 Click on the hour glass icon at the upper right portion of the screen. This starts the serial monitor.

Make sure that the serial monitor is configured as the screen shot below. 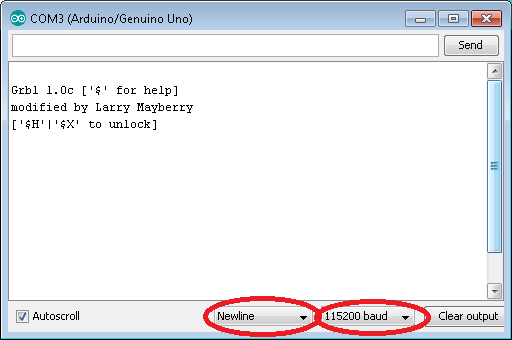 At this point you should be able to issue G-code commands to grbl to do low level testing of inputs/outputs motor control as well as any of the grbl specific commands such as status (?).

Here is an example of the grbl parameters using the $$ command. 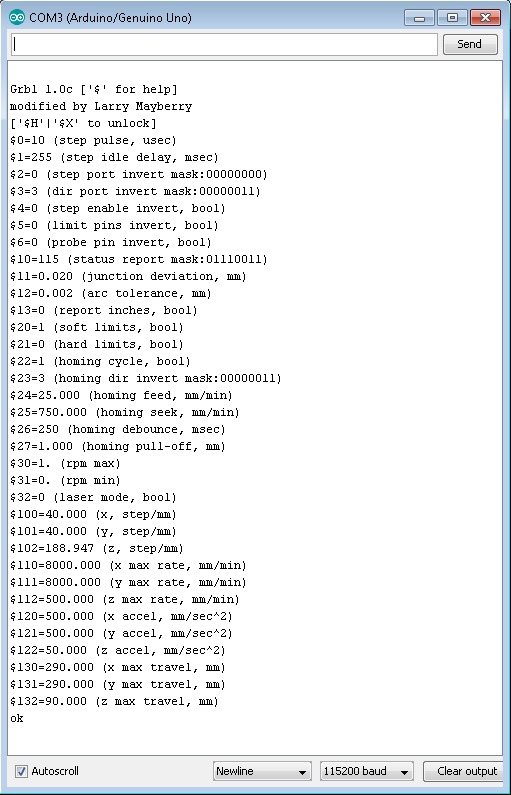 Parameter_Output511×795 15 KB
6 Likes
Picsender wont connect to grbl
I still can't set up my X carve
Limit switch not recognised and Z has mind of own
How could Grlb change when the machine and computer is off?
X-Controller with Openbuilds NEMA 23s - moves each one step and stops