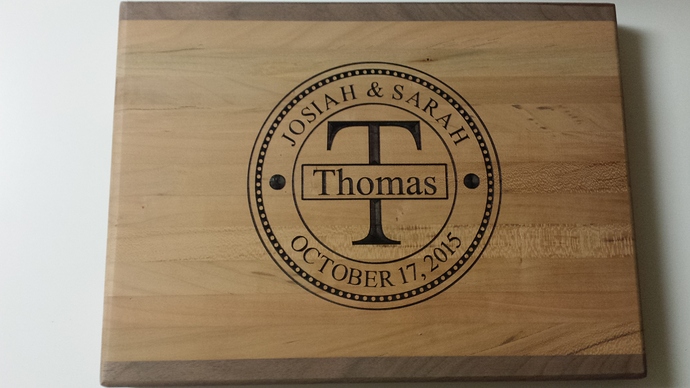 Here is my custom laser mount 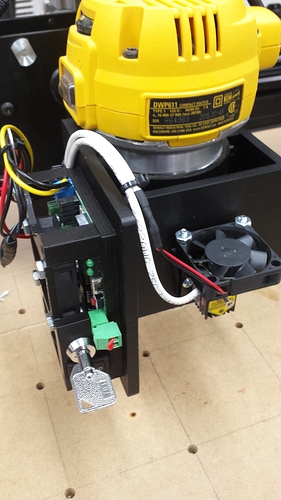 @ToddLumpkin - that is awesome. Did the laser actually etch down into the wood, or does it just look that way from the pic?

Can you provide a bit more detail on the JTech laser addon? I’m most likely going to pull the trigger on that this month and I’m wondering if there’s anything else I need to add or think about when I do? Looks like you mounted to the side of the 611 holder, did you need to mod that at all? And as far as wiring, do you have the XController or stock GRBL shield? I’m curious about the best way to wire it.

Hey Darryl, it did etch into the wood. As a matter of fact I ran it through my drum sander to clean it up a little.

I bought the mount J Tech offered for the X-carve but didn’t like the fact it wasn’t easily removable. I based my mount design on Shane Bell’s.

I can install or remove the mount in seconds. I use GRBL and GRBL shield. I do not have an x-controller. I really like the J Tech product.

I made a video showing how I mounted the Jtech laser to my X-Carve. You can watch it here. I also added a three way switch to be able to pick if I wanted the router or laser to come on.

Because I can mount and unmount the laser and driver so quickly I just turn my router off when I laser. When I am using the router the laser is not mounted. Then I don’t have to worry about dirtying up the lens.

Hi Todd, that looks great. It is so satisfyingly neat I just had to comment. Keep up the good work

This thread contains more pictures of the mount.

That came out darn nicely, looks as good as the engraving I’d get out of my Epilog!

Interesting to see how much more the low-power laser darkens the wood by comparison. I might have to turn the Epi way down and try a really slow speed… Cool stuff!

out of curiosity, how thick of say, birch plywood will the laser cut? i know absolutely nothing about them, but may want to upgrade as i progress

Hi Robert, I don’t know about cutting because I don’t plan to do any with it but with the feed rate and power I used it etched deep enough into the cherry that I am able to send it through the drum sander with 180 grit at least a couple of times. I goofed up on another carve and multiple passes engraved about 3/32" down in the cherry.

Not that thick, Robert. I can cut 1/4" as a functional maximum with my 30W epilog, using air assist. Theoretically, a better air-assist setup would help it cut BETTER, but it’s still going to be about maximum. I get a lot of charring from the speeds required. 1/8" cuts nicely with 30W. It’d probably just take multiple passes with 6W?

good to know. i found dxf files for a cool planetary gear wine rack, its designed to be laser cut from 6 and 10 mm birch ply. im having a heck of a time rendering it in fusion and getting tool paths that would work

Well that’s cool as blazes, man! But yeah, that’s well outside the capability of even my dedicated 30W CO2 unit. I’d be tempted to try something like a 1/8th mill for the initial profiling, then a 1/16th very, very gently in repeated passes for the clean-up?

yeah, its gonna take a bit of figuring out. there are slots where screwheads go and the tool paths just dont seem to render. that and i have to go and redraw some things because it wont extrude into 3d and my knowledge is limited

so i saved an image from the internet and downloaded the demo for pic laser…how do i go about taking that image and converting it into a .BMP and then what do i have to use to send it to the Arduino on my X-Carve. I tried it through easel and it didnt like that so much it gave me an error and said something along the lines of needed a post processor to import external gcode.

The image editor that is included with PicLaser will convert the format to a .bmp. You will need a gcode streamer other then Easel to run the file on your X-Carve. It’s not required, but is recommended to use our PicSender program. 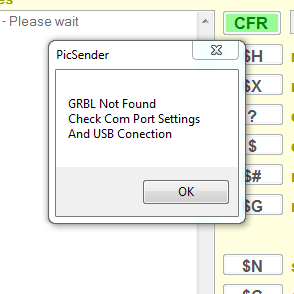 what does this mean?