I’ve seen a few threads showing LED lightning by means of an additional power supply/unit that is supplied with the LED strip.

However, I was curious if it was possible to tie in an LED strip to the latest X-Controller.
Ideally be able to have it wired in so that any time the X-controller is powered on the lights are running & vice versa.
My intent is to run a small LED strip on the inside of my enclosure for the X-Carve for some additional light.
I did a little bit of homework, but in the end I’m not confident sticking wires any ol’ place.

I’m not very saavy of electriconics, but I can follow instructions

It’s a pretty easy upgrade, all you need is either 24v leds to hook directly to the 24v power supply in the xcontroller or the more available and cheaper 12v led strip with a DC step down regulator like this.

So wire directly into here accordingly; 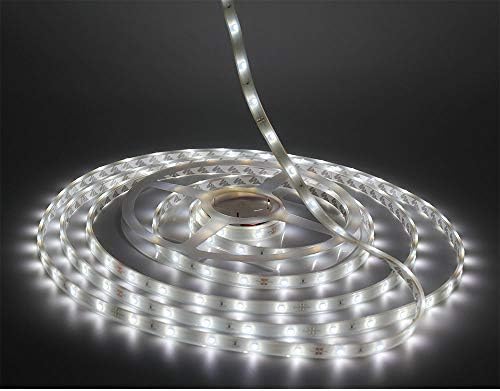 Is there any considerations to be concerned with?
I’d hate to exceed what the supply is intended for or rob any of the other components of power.

I would use a separate supply. You don’t want any electrical noise from the step down converter or the LEDS themselves to bleed into the power rails of the same supply that powers the brains of your Xcarve.

Aha! This is the part where I go

Is there any way to remove or minimize noise that would work in such an instance (shielding the cables/ferrite/etc)?

I’d be willing to take a gamble with a best case LED strip implementation so long as the risk is a runaway toolpath at worst.
General consensus?

Here a how mine is all wired up works great

At one point a few weeks back I was asked to make a diagram of the wiring for my machine control box that I built for my X-carve, it uses the Solid State Relay from Inventables and parts from Home Depot, I use the X-controller to actuate the relay and control my spindle and "Small" shop vac automatically with the X-controller. My cabinet can be disabled with a single Mains switch. I also have a circuit for lighting using a standard 12v AC/DC adapter that I removed from its casing and hard wired …

any considerations to be concerned with?

How many LEDs are you going to use for your lighting? The entire 5 meters, or something shorter?

Depending on what I can get away with safely.
At the very least 3 feet along the top front face of my enclosure, but at most I’d guess around 9 feet.

Thanks @FatKatOne, I’ll look into that thread in detail when I get home. Seems like add-ons at a glance, I’d like to keep everything tucked away in the X-controller if possible.

You have the 17 Amp version which should give you plenty of power.

The power supply is protected for over current conditions and should shutdown if you draw too much current.

I doubt that you would have any EMI issues as the LED strip above is just on/off for the LEDs, it doesn’t have any fancy controller embedded for multicolor/multifunction situations.

[Edit] - you might want a switch to turn the LEDs on/off for those clandestine projects.

That’s what I would do.

I wouldn’t worry about any noise, you’re using small leds and the power supply in the controller is more than strong enough

I’d recommend keeping it as separate as possible from the x-carve. We’re not talking a lot of watts here, and power supplies are cheap. 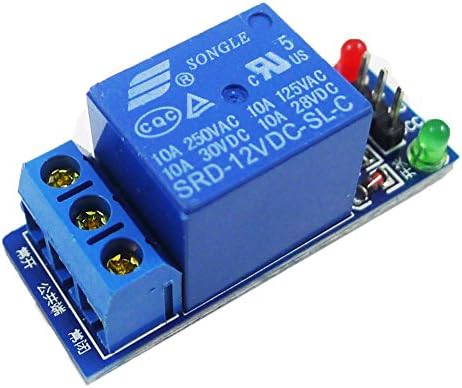 I use one (in part, it drives a bigger relay) to control my dust collector. M8 to turn it on, M9 to turn it off.

I’d recommend keeping it as separate as possible from the x-carve.

It is always interesting to hear what different people think. I would encourage you to give the reason that you would do as you suggest so that the OP can decide if your reasons are applicable to his situation.

I’m pulling the trigger on that specific LED strip linked above here shortly.
Looking forward to any last input before making a final decision.

Stuff breaks. Maybe the led’s adhesive allows the leds to fall, then they end up getting carved and making a short and damaging the power supply in the xcarve.

Maybe under very specific circumstances, the power draw of the leds causes an under current to the steppers, causing missed steps.

Granted those are 2 far out there examples, mostly my recommendation for separation is for the million other unknown items that you can’t say with absolute certainty will never happen.

You guys are the best

Followed @LarryM advice with a small section (shy3 feet) of LEDs and it lit up.
I have it just below the front top extrusion so that it wont shine towards me.

Used the stock adhesive to position it, but I will be replacing it will some quality 3M tape. I’ll also print out a couple small tabs as a fail safe (3 in total evenly spaced) and bolt down the strip to the existing extrusion.

Couple photos of the end result 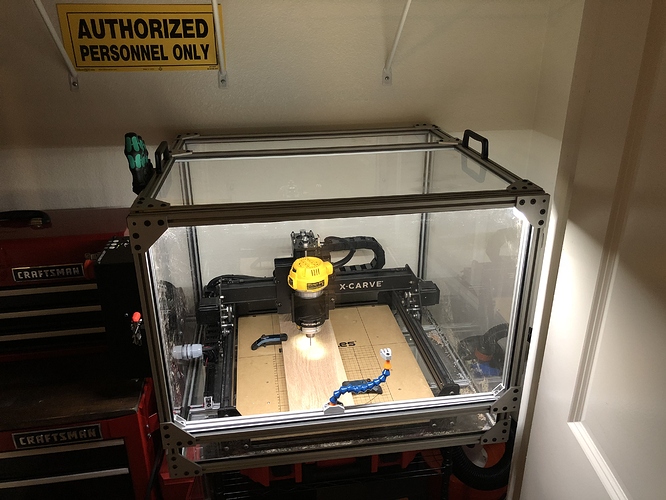 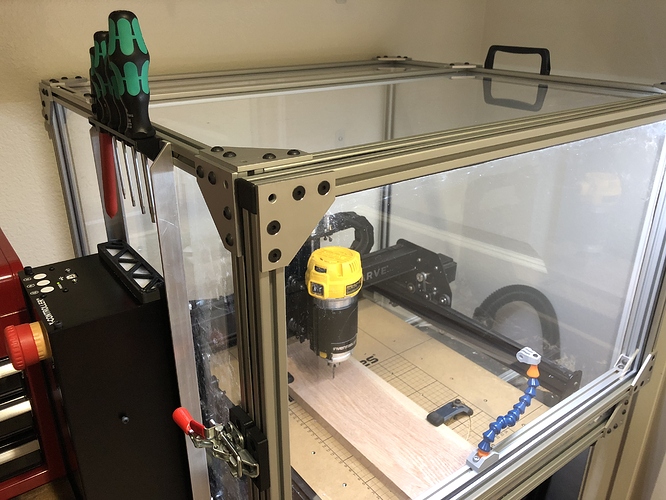 Looking at this thread has me thinking of doing a LED light conversion to my machine as well however I am running the quiet cut spindle with a 48 volt power supply would
I just get a converter to change it from 48 volt to 12 or 24 to feed the LEDs?

I always keep three rolls of different widths of 3m brand body molding tape in the shop that you would get at an autobody supply store. Nothing falls off.

That’s actually a good idea, why didn’t I think about it before?

This post was flagged by the community and is temporarily hidden.