Continuing the discussion from Carvey update:

I’m right in there with @AngusMcleod and @Ebr.

I currently have a 3D printer that is doing an adequate job for me as I have gotten used to its quirks over the last year or so. I’m constantly looking for an upgrade, but what I would like to have is just not out there. There are lots of choices for the hardware, but I want open standards with a great company to back it up.

An open standards 3D Printer from Inventables would certainly get my attention, and most likely my dollars.

I purchased a cheap XYZ 3D printer at Christmas time on sale. Now I’m hooked. But the model that I have is very limited when it comes to add ons and extra features. With that said, one of my next projects will be a DIY 3D printer. Since I already have the Xcarve, then I would definitely be interested if they made this option available.

All that’s missing is some smooth rods, heat bead, ramps 1.4 board and some type of hot-end.

The trick would be to build something BETTER then your standard i3 Prusa (google ‘Folger Tech 2020 i3’ to see an i3 built using Aluminum Extrusion as the frame).

IMHO… It would be a very hard market to enter. Printrbot, Ultimaker & Lulzbot (Aleph Objects) already create award winning open hardware printers with amazing support ($1k - $3k). You’d also have to compete with the do-it-yourself-for-cheap companies like Folger Tech (under $300), or the never ending i3 clones coming out of China (Geeetech, Monoprice… etc @ $350).

I purchased this unit and so did a few other people from the Shapeoko forum awhile back.
Sunhokey Acrylic Reprap Prusa i3 DIY Kit 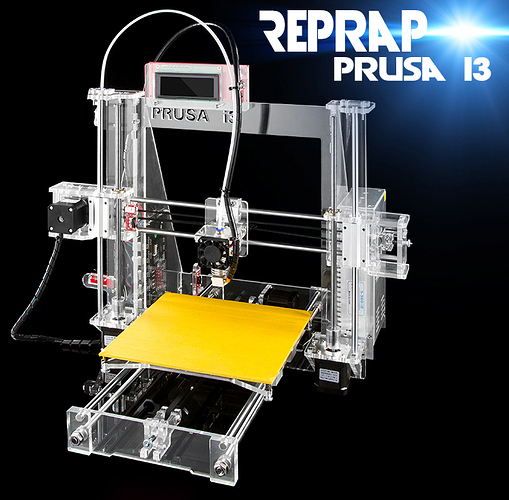 It has held up well, has a lot of support with mods on Thingiverse, and a mature forum presence.

Trying to compete with this is extremely hard. It is the same reason we purchased the Shapeoko/X-Carve is the price point.

No love for Bart Dring’s Ordbot?

uses MakerSlide instead of smooth rods, and they function as the frame.

No love for Bart Dring’s Ordbot?

I think the the most deciding factor is price on an entry level printer. There are superior printer designs but the cost is usually the bottom line.

But where is the “mature forum presence” you speak of?

Just one of many.

Also a lot of good YouTube videos on building and reviews.

If only to find out what else I’d need to buy,

I was able to start printing after it was assembled. It included a roll of PLA and ABS plastic.
No calibration done just curious if it would work. Here was my very first print. 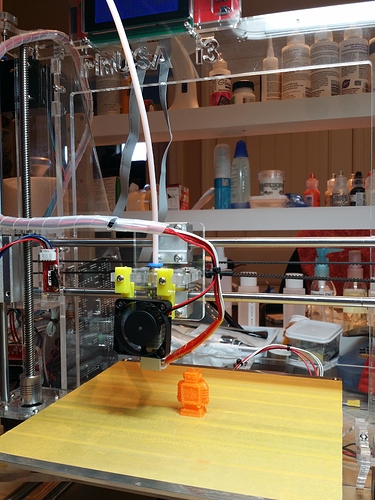 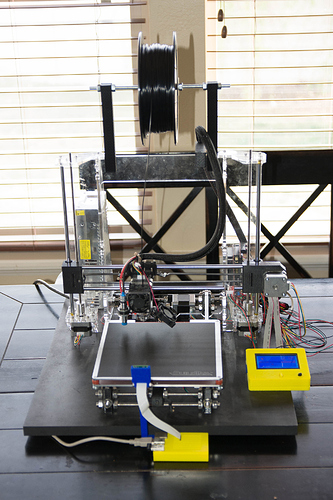 Shipping within 4-6 weeks from order date   Folger Tech Prusa i3 3D Printer (Full Kit)** Assembly required ** As we receive customer feedback we do make small alterations to the kit if we feel they improve the kits...

Why do you think so? Have been thinking about building an alum frame printer.

Why do you think so? Have been thinking about building an alum frame printer.

It depends on how you build it. The stronger the frame, the less vibrations and the cleaner the prints you get.

Most i3 kits that use Acrylic frames have sides attached to the front of the frame to improve rigidity. Acrylic also doesn’t warp/bend like the wood frame i3’s (MakerFarm). 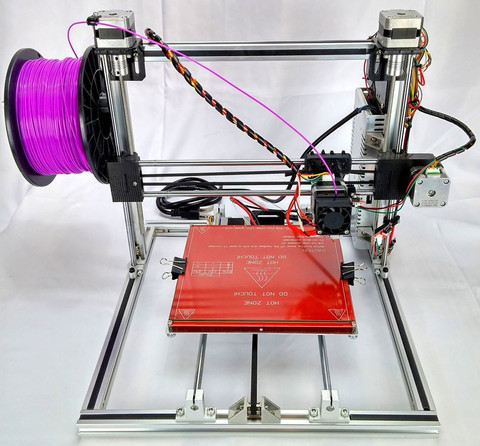 The one i played with didn’t have enough support to stop the print head movement from affecting the print quality. 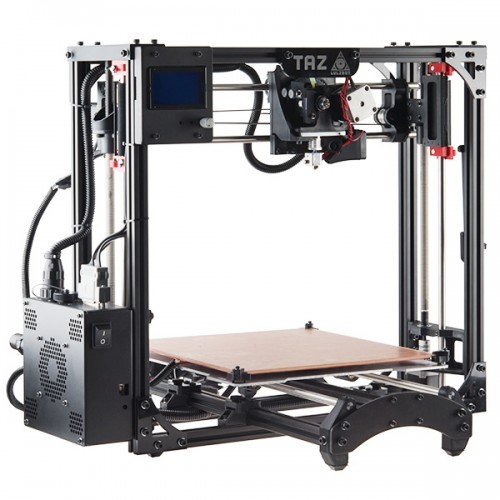 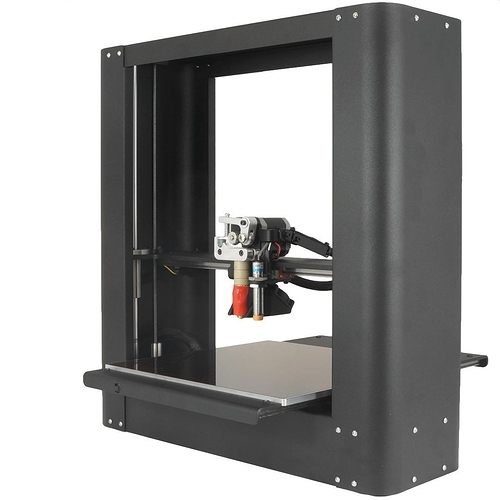 The stronger the frame… the better the print.

Thanks! Answers a lot of questions about build rigidity which will factor into a larger print area.