These are still the prototype pictures. 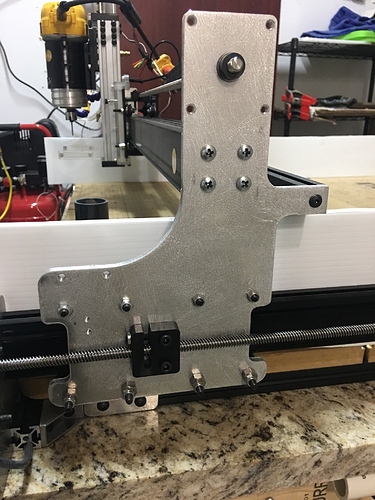 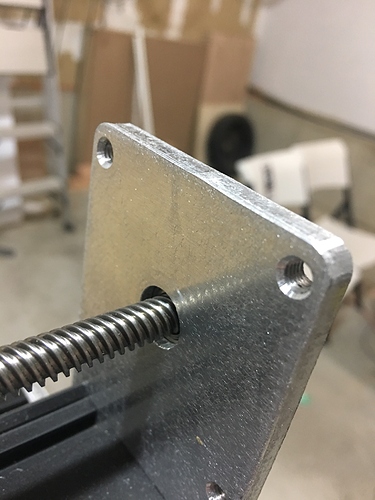 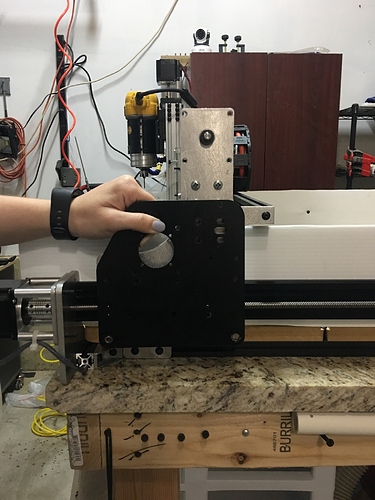 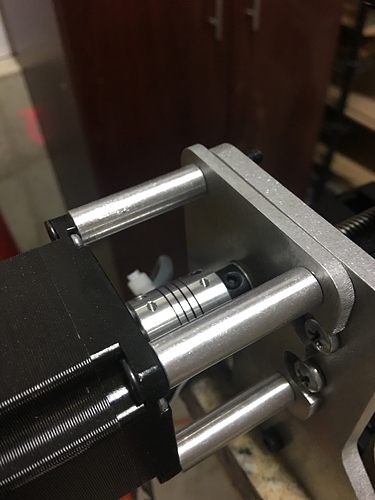 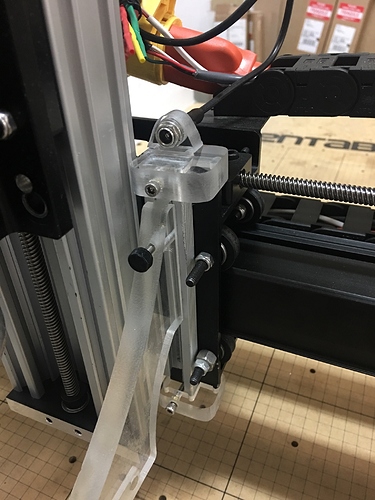 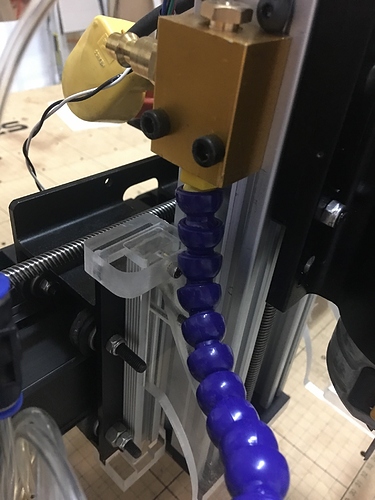 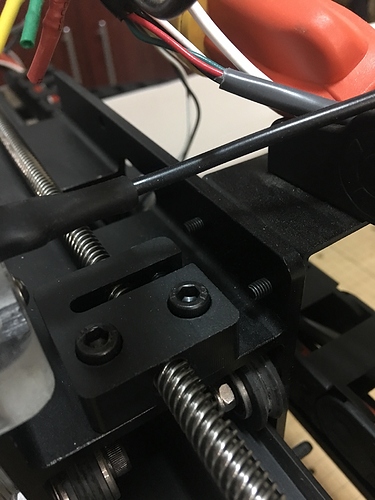 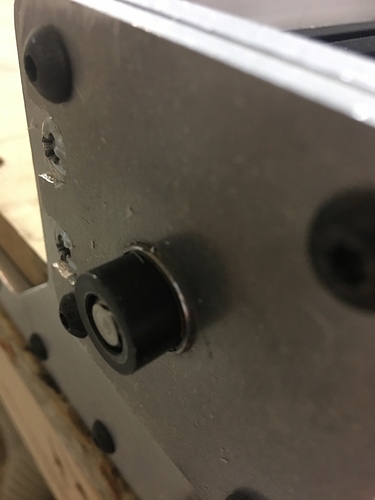 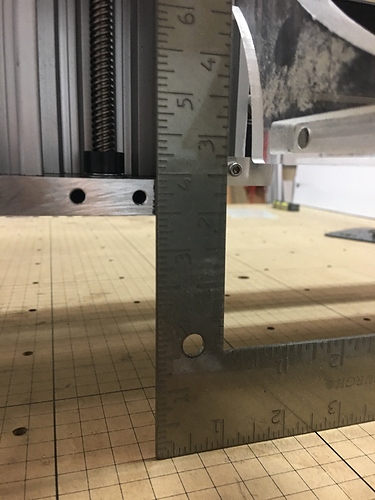 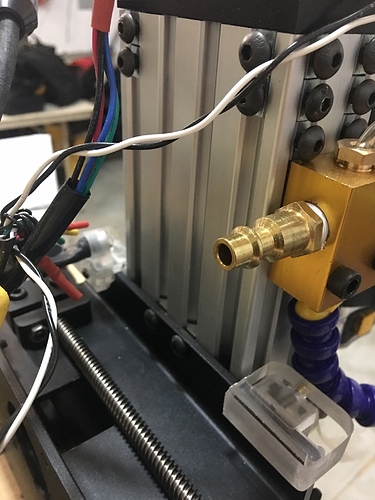 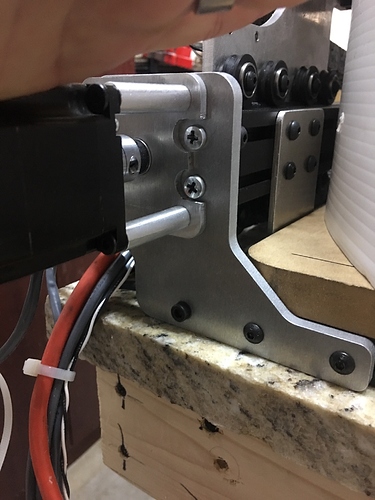 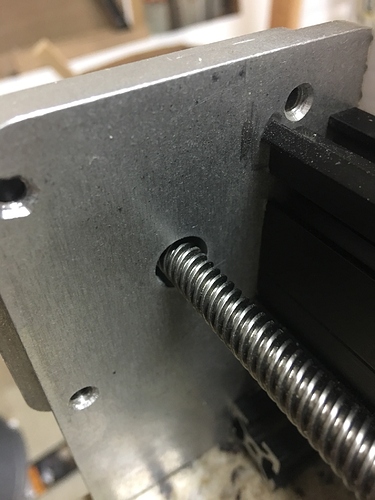 Kit will be released for sale soon.
It plans to replace the y end plates and gantry plates and convert to screw drive.
Custom orders (and heights/hole requests) will be accepted.
However since I’m sourcing materials and parts, for now I’m only placing orders in large batches to keep costs down for everyone. The larger the group purchase the cheaper the price can potentially be! ($50 Difference!)
First batch will be slightly limited to the first 30 people interested. If its still worth it i will make more as i go.

Since prototyping is still underway and testing must continue, release is not guaranteed for a little bit of time.
Inquiries will be accepted however money will not until i am sure its perfect.

This thread is to gather intel on what people prefer in an upgrade kit and potential pricing points!!!

Do people prefer a simple easy upgrade path?
Or would people like just plug and play?
How many holes to measure, mark and drill is too many?
How do you feel about drilling any holes at all?
At what price is it worth it?
Is it preferred to purchase a full kit or parts separately?
Would it be better to have plates attached to other plates for mounting or one single solid plate but at a slightly higher cost
Would people prefer to purchase the files and cut their own plates?

I KNOW! I posted this in for sale section. But here on this page i want to discuss ideas on how to achieve this for as low cost/price as possible.

Original topic can be found in the for sale section here

looks like small diameter acme to me, for that travel length I mean.

Right off the bat, I’d be worried about warp.

I intend to do this very thing in the future, but I think I’m going with ballscrews

Would people prefer to purchase the files and cut their own plates?

The X-Carve is an open source design. All modifications should be published using the same open source license.

That’s y I am testing this out fully before even considering putting it out to mess anyone up.

We do not stipulate “non commercial” in the license. The designer can sell the upgrades, they just need to also publish the source files under the same license.

I hear you completely and that’s why I’m asking these questions. But do consider I’m not any form of machinist or engineer and I took months of time designing, modeling, machining and planning and testing. I wasted/spent a lot of money on aluminum, bits and machine time all out of pocket before I tucked away my pride and asked a special someone for some help!
(You know who u are and thanks a ton!!!)
I would like to earn back my work and spendings if I can. And I also know people want this on their machine. Therefore I am asking how they want it best.
I’m just one small hobbyist with a little dream and a budget deficit.

Can u hear my side?

We do not stipulate “non commercial” in the license. The designer can sell the upgrades, they just need to also publish the source files under the same license.

What does that mean exactly?

“Non commercial” means you restrict other people from making money on this. We are not doing that. That means…Yes you can sell X-Carve related parts!

Yes and no.
When I changed emails it confused things and sometimes I get logged into one account vs the other. But @Phantomm is still me.

I am not looking to restrict but I do want to make money from my hard work.
If it upsets people that I want to sell the plans to my “idea”. Then I won’t. And I will just sell parts. I’m not here for drama! I want to make a few dollars. I want to help people and enjoy this community!

Here’s a link to the public repository for X-Carve which includes the license you can read.

Too much legalese.
What’s it mean in English?
My eyes crossed 2 lines in.

Based on what I read in the license, you can sell a product without any issue in the license. However, you can’t sell drawings/plans to a product that is considered to be “Adapted Material” which this would be considered. If the plans are to be published (which I don’t necessarily think they have to be published but I’m not sure of that), they have to be released under the same license as the source that the “Adapted Material” was created from.

It’d be a challenging fight to say that this whole concept is not considered adapter material considering the amount of part re-use there is. He’s literally adapting the Xcarve to use a different linear motion system.

Essentially, tangible objects are okay to sell, plans/drawings are not based on the license.

Disclaimer: This is just my interpretation of the situation and I am not a lawyer.

If that’s accurate then i am ok with just supplying physical parts.
Done deal!

I’m just trying to say how the license reads to me. It’d be on Inventables as to whether they would pursue infringement or not.

My opinion is that since it’s not just new plates but modification and use of existing licensed products, then the license applies. One could also argue that the plate is not an original design just a modified design therefore the original license still applies (the Vwheels holes still have the same pattern, presumably the home switch holes, the single piece X extrusion holes). The kit also includes modifying the Xcarriage as shown in his pictures.

I’m really not trying to argue one way or the other, I’m trying to offer up a potential explanation based on the license and the point of contention that Bart originally quoted which solely revolved around the plans.

Inventables has shown to let modifying products be sold without issue so I don’t think it’s the parts that bother them but the selling of plans.

Again just my interpretation and opinion.

This is the case.

I recently discussed a vacu-form machine project with Bart. It will be built on 20mm extrusions, maker slide and v-wheels. The same thing will apply.

It is technically my design, but the mechanism and hardware that will bring the frame from the heating elements to the vacuum platen is all open source hardware. I’ve not really “designed” anything new.

If i understand what @JustinBusby has said in his first post in this thread, it would mean that @Phantomm can sell his parts but cannot “sell” the plans or drawings. He can keep them to himself but if he should choose to share them with the world, he would have to do so freely without any profit from the sale of the plans/drawings.

Or am I misinterpreting something?

That’s my interpretation but I’m not a copyright lawyer, just had some course work about copyright law back in college.

But, I’m going to just go have lunch outside. It’s a pretty day here and I don’t want to spoil it.

I would value ur opinion.