So I’m having some probe noise and I’m not sure how to fix it. In the probe status under the Machine Inspector I see random connections (circle turning green) so I’m guessing that’s noise. I had to put capacitors in place for my limit switches so I figured that might be the easy solution. But when I wired it the same way as my limits, it stopped showing a connection at all when I manually touch the probe. Any ideas about fixing this? Thanks.

Which controller do you have?

You can see my whole setup here:

So lately I’ve been working on a huge upgrade of my X-Carve. It was a 500x500 2015 machine that used the gShield and all original parts. The machine worked fine but I really wanted to upgrade the size. Well that’s where it started until I read @PhilJohnson walkthrough of his new controller and I though “Challenge Accepted!” Now I thought it would be nice to write up a full post on what I did and what parts I used so anyone who is looking at doing any or all of these upgrades can see how I did i…

The label “probe input” is A5 on the Arduino.

Component values are as you posted.

The wire that you attach to the mill/bit would go to Arduino ground.

Would the 10000pF capacitor in this set work? RadioShack has closed down around here so a large quantity over Amazon is my only options. 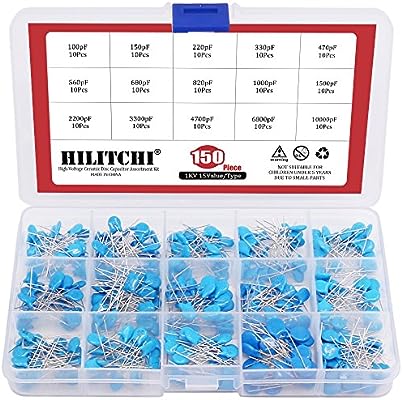 Or could I use a 0.1uf because those seam easier to find?

The smallest I have on hand is a .47uf. Could I make that work? Would I use a different capacitor? Thanks.

You could try the 0.47uF capcitor. If you do, don’t use the resistor.

The last one I had that did that we replaced the leads that go to the touch plate and ground with a shielded cable. Problem solved. I’ve seen it happen that way only 3 times. Twice on an X carve and once on Mach3. A shielded cable solved all three issues.

Thanks Charley. On my new setup there’s only one section that’s not shielded. I might try to replace that one section and see if that fixes it.

I have a friend that is moving his shop in with mine. He uses Mach 3. There is a Diagnostic tab in Mach 3 that shows all the input and output ports and their status. The Digitize port is the probe port and it has a light that comes on when the probe makes contact, much like the one in Easel. His would flash on and off randomly and when trying to zero it would stop at random places just as though it had touched. We switched out the wiring for some shielded stepper motor wire and that solved his problem instantly. It is a simple fix and will likely solve your issue as well. You can probably get a short length from Lowes or Home Depot for a low enough price. Just about any type of shielded wire will work. I would bet that if you have a piece of shielded Cat5/6 ethernet cable you could even use that. The gauge of the wire will be much smaller but the voltage being carried is very low so it should work just fine. Last resort, let me know and I will send you some wire.

I use unshielded wire which is the same wire I send out with all my touch plate sales. I use it on my X Carve and My Milling Machine and don’t have any problems at all.

I’ve been dealing with probe noise my machine which uses Grbl and a Phil style driver board using TB6600s. A 100nF capacitor across the probe leads seems to have fixed things for now. Do I need the resistor for a proper filter as well?

Would a pull up resistor on A5 work for Arduino analog inputs?