Using the process documented by @CharleyThomas and my video, I finally made a project on stiffening the X-axis using a 3/16" thick steel plate. I noted in the project that it can be done with aluminum plate as well. 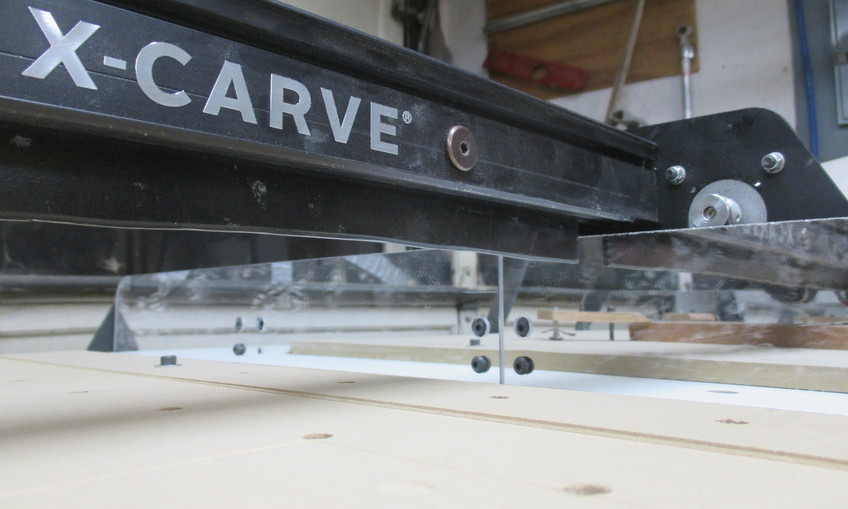 Using a 3/16 inch piece of steel, you can easily stiffen the X-axis. This modification reduces chatter and allows you to cut harder materials (such as metals) easier.

Thanks for the detailed post and video. Had that piece of steel in my hand at Home Depot this morning. Just could not convince myself today was the day for working through that project. Great to have the visual to help the mental prep before tackling a project like this. Nice job on the cabinet too.

Troy - i was in the same boat and couldn’t decide on which mod.
I went in the end with the 6-bolts with washers down the length of the rail (top to bottom rather than through) that others have done and it’s worked a treat - noticeable difference in stiffness on the x-axis.
No drilling of the x-carve needed and no extra weight.

I would say however that i’m running both a quiet-spindle and a Bosch trim-router, both of which are much lighter than the typical dewalts or above that you may want to run in future.

Hope that helps on the decision…

@TroyGrela It’s not a difficult modification to make, but it’s definitely something you want to have time for. I made the video before someone came up with the idea that @PhillipSykes mentioned, I’d be interested to know just how the two compare. I think the steel bar is going to make it a lot stiffer, but I don’t know if it’s overkill for the hobby machine or not.

Where’s a link to the no-drilling mod?

I’ve been off-forum with real job stuff for a while, and the only ones I remembered seeing were very much taking the X off and putting holes in it, which terrifies me.

One great link for the no-drilling mod is A 30 minute x-axis mod to reduce chatter. I believe it’s also discussed some in the original X-Axis stiffening thread, but this one has directions to do it.

Since I’m going to home depot later…might get the parts I need for that while I finish the laser build.

This is how I modded mine. Works pretty good. I used seven #8 machine screws, each with a pair of washers on top and a larger fender washer underneath. Now I am noticing some excessive play where the Acme z axis screw runs through the Delrin nut. 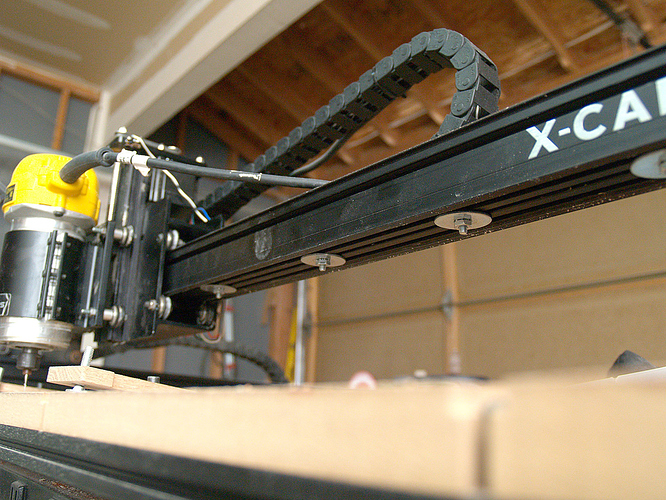 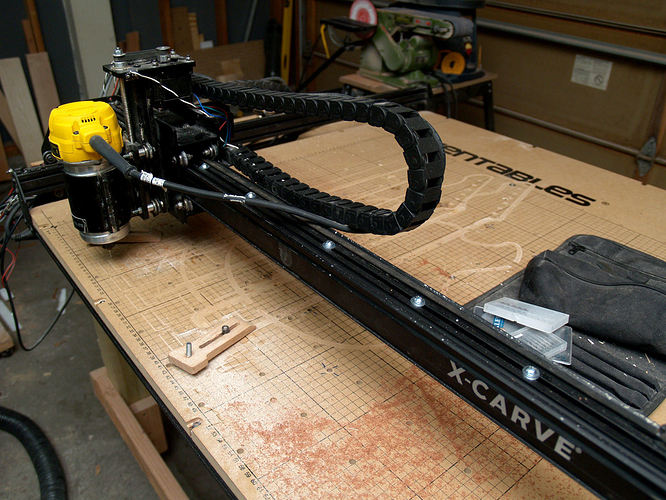 Easy to spend hours exploring ways to calibrate this machine. I went with (6) #8 2" screws on my machine and added 8" strips of .2" acrylic to sure up the tops. Had to take a little off the screw head to miss the X belt pulley. Same washers as you on the bottom. Nice and tight. Easy change up if ever needed. 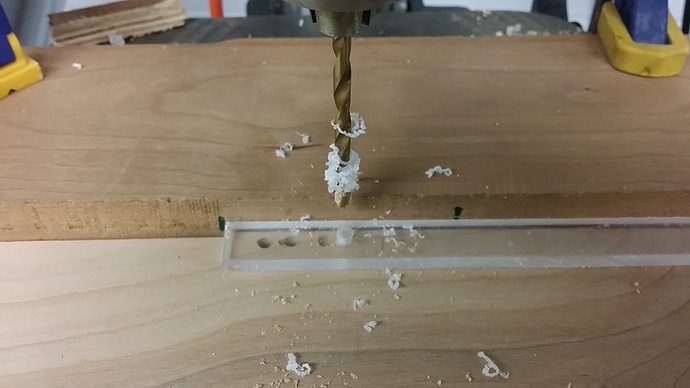 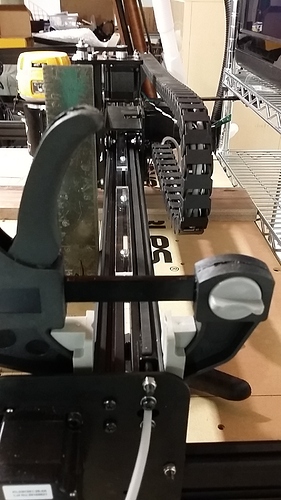 Great idea Troy. I think I’ll do the same thing you did, but I may use steel strips as I have some handy. I also plan to explore this idea X carriage stiffening mod if there’s enough clearance between the threaded connector and the screw heads.

After trying just bolts and washers, I ended up going with aluminum strips (see A 60 minute x-axis stiffening mod to reduce chatter) . Made a huge difference and it was very quick and easy to do. I’m not sure steel would buy you much more, and you are adding a lot of weight to the picture. 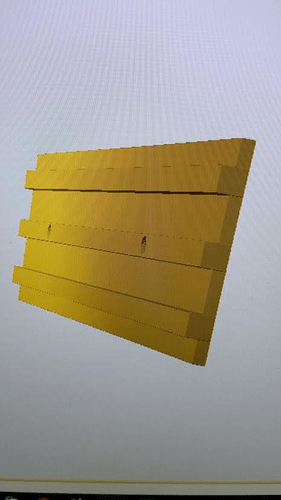 Has anyone tried machining a plate to try the makerslide together?

I would have bought that if someone made them. Or if there was a easel project for it.