I have had the same issues as

When I home machine, it seems to be be going to location fine, but the seems to keep clicking at the Y1 at the end, like it it wants to keep going. Then just won’t stop until I click stop

and XCP doesn't finish homing; shakes like it's stuck
But since the Inventables team is on break and I had half-a-day ahead of me during which I could not carve as planned, I started exploring/debugging.

It turns out that the issue is that the x-limit switch works but is not engaged during homing. Instead, the metal plate on which it lies hits the outer ring at the back of the spindle (not sure what it’s called).

Here is a picture: 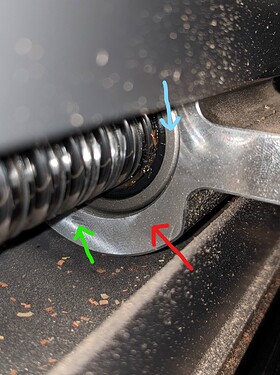 You can also see that over time this line has been moving up.
So I assume that the issue is that the metal plate has been bending upwards slowly, until the switch no longer hit the outer ring. And since the switch is shorter than the depth difference between the two rings, it never hits the inner ring.

Here is another picture showing that: 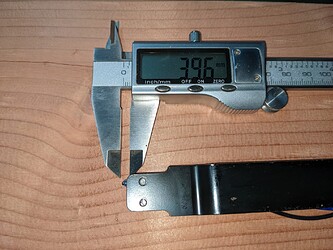 4mm is the depth difference I measured between the outer ring and the inner one. This pic shows that the x-axis switch only protrudes away from its holding plate by a tiny bit less than same 4mm!

Note that the latter could also be answered by an Inventables person who knows the actual design! (I just don’t see them much in the forums, so my hopes are low)

I agree it would be nice to know the intended design.