Dinosaur and other animal skeletons!

@ErikJenkins has been kind enough to share his collection of skeleton sculptures with us.

I am in the process of putting them together as projects that you can load up in Easel and carve away.

Check them out here: 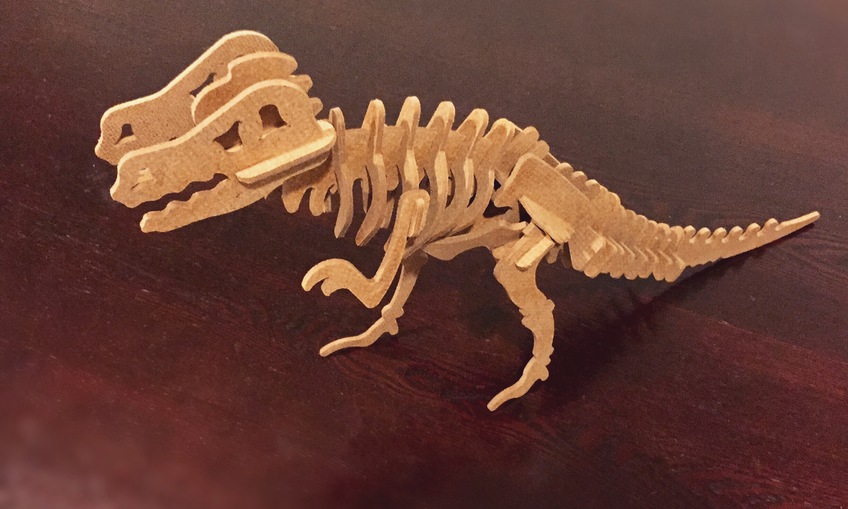 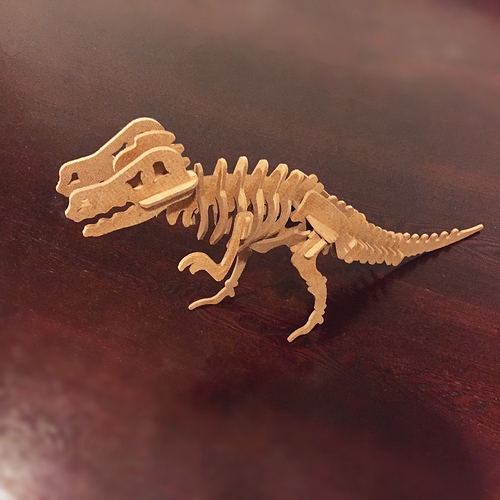 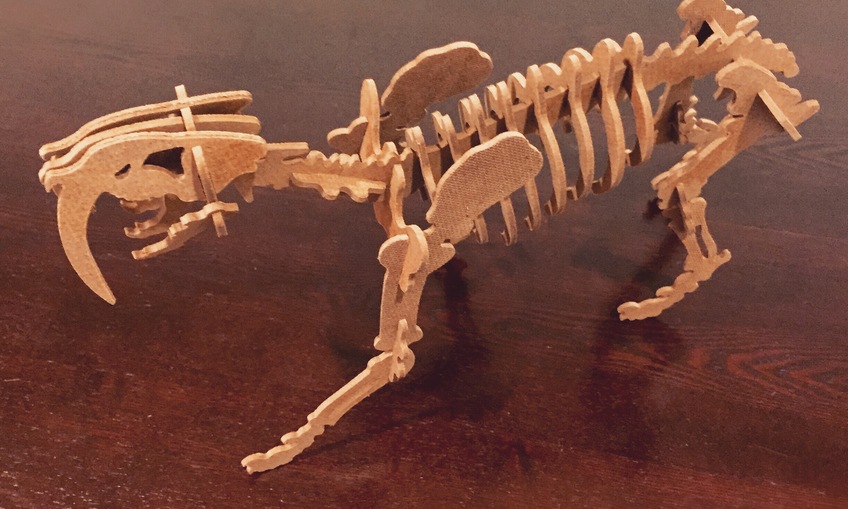 Cut your teeth on this great cat's skeleton... you know, for the kids! 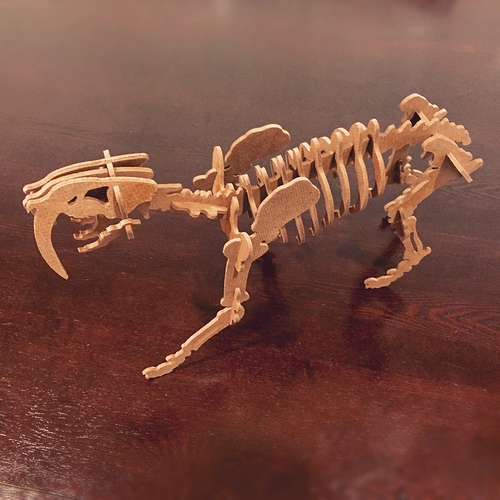 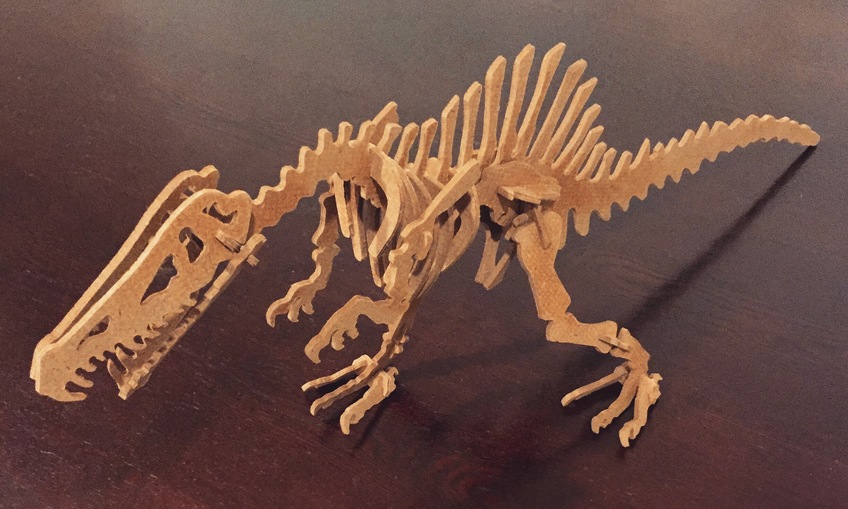 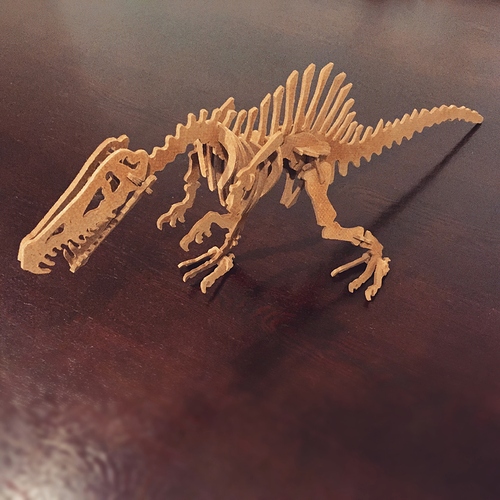 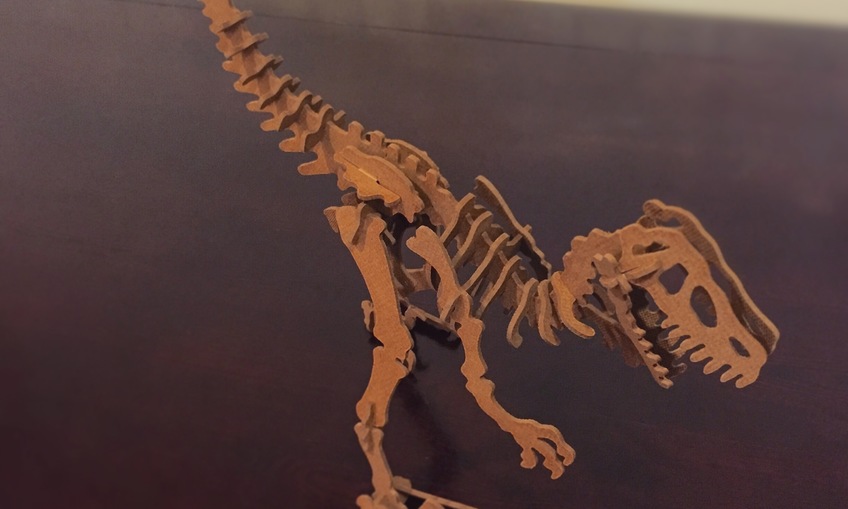 A great dinosaur skeleton to carve and assemble. 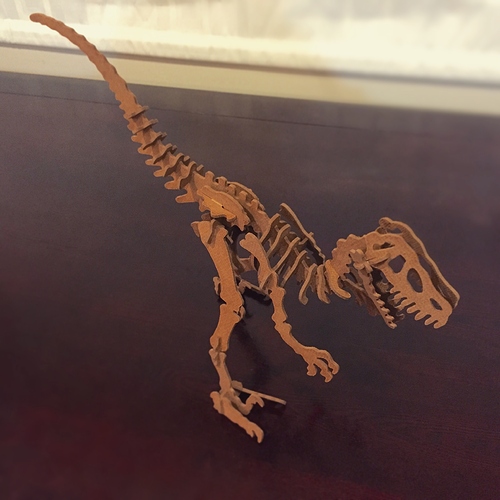 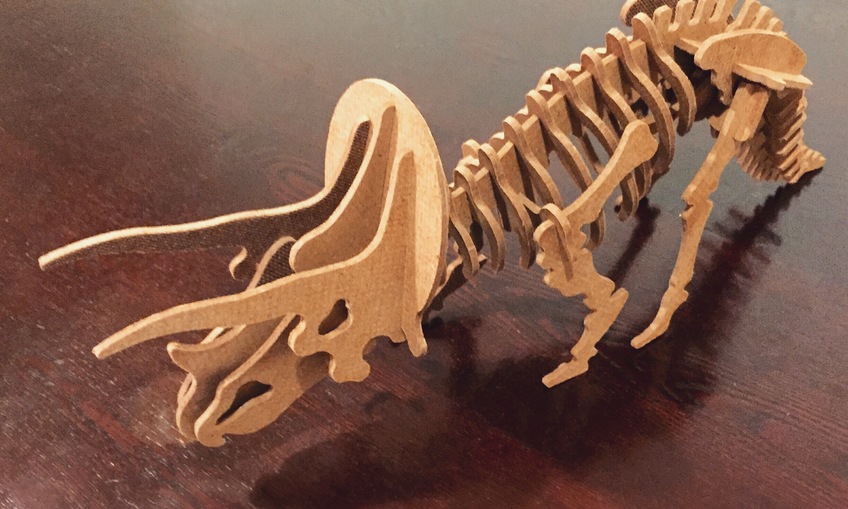 Start your own paleontology exercise with this great dinosaur skeleton. 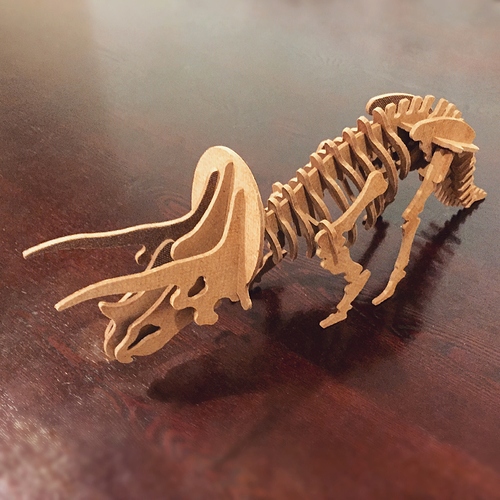 Wow… I was just thinking about making one of these. Great timing.

Excellent idea to load these into Easel!

They are a great projects for people just getting started and wanting to make something great (so they can answer that “what can you do with it?” question).

I made a few and gave them to my daughter, now she is getting interested in designing things to make.

I am attaching a powerpoint file with some of the assembly instructions for the dinosaurs. Included in this file are: Tyrannosaurus Rex, Stegosaurus, Pteranodon and Sabre Tooth Tiger. There are 4 more pages/slides included in this powerpoint to show the next ones I will be adding and they are: Velociraptor, Plesiosaur, Brachiosaurus and Dilophosaurus (These are blank slides for now, placeholders for me as I clean up the files and get them ready to cut)

I’ll also be breaking these out into individual sheets to go on each individual Easel project (much like I did on the T-Rex one) to help cut down the confusion for the less initiated person just coming straight to the Projects section.

You guys are amazing. I had one of these when I was a kid, but it broke. Now I can make and break as many as I want.

My kid already broke a few parts and it is super nice to just pop over to the X-Carve and make a few replacements.

Velociraptor - I don’t like how the tail is in two pieces…I will redo this and join them. It has to be assembled nice and tight to balance on the 2 back feet. 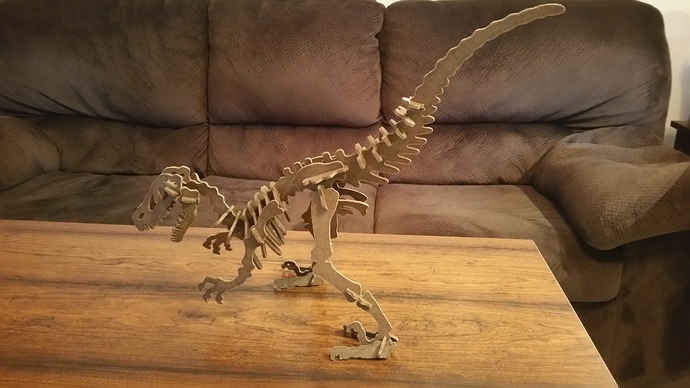 After Saber Tooth this one is definitely up next.

Here are the first five all cut…from left to right - Velociraptor, Tyrannosaurus Rex, Stegosaurus, Sabre Tooth Tiger and Pteranodon. They are all cut from 1/8" (0.125") tempered hardboard, smooth on both sides, (about $9 for a 4’ x 8’ sheet at Lowes). The Sabre Tooth Tiger is cut from the same thing (just an old piece, different color). I was using a smaller bit (1.4 mm) to cut them out, but I switched to a 1/8" downcut endmill and that made smoother cuts and kept the thin material from trying to climb up the bit. I also screwed down the material to a sacrificial waste board in multiple places (6-10 screws), with as tight as these pieces are arranged there is not much left of the background on some of the Dinos and it just fell apart as I removed it from the wasteboard. I am working on more of the Jurassic zoo to clean up the files, so more to follow. Enjoy!

@sketch42 - Do you have all the files for these five to put them in Easel? I will PM you later today with more files. 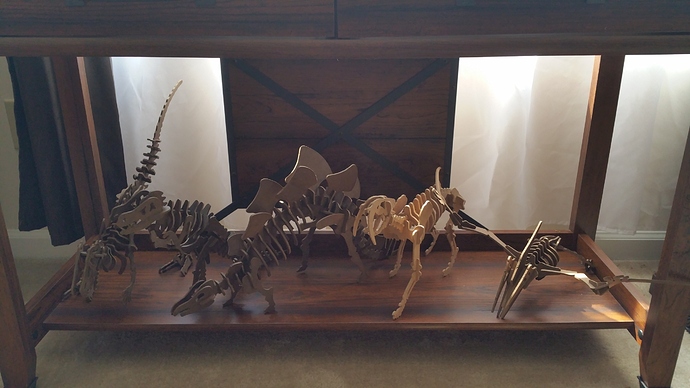 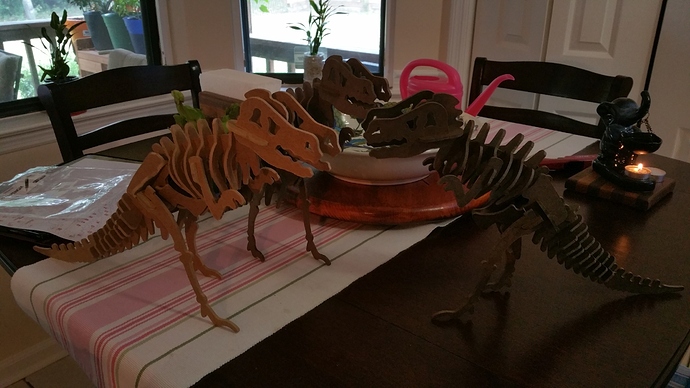 When you’re cutting, are you cutting on or outside ?

I’m not very much Easel user, but I will give it a shot on that DXF file you just posted. I can make one kid happy. Thanks.

What program do you use? I did these with V-Carve.

I use V-Carve pro Erik.

Here is the Velociraptor. Had to compress as it was almost 10mb. Is this the one you want? or more?

Thank you so much.

Others are posted in crv files on this thread, I think they start at this link, just scroll down: