I’m not sure if this is normal or not, and it doesn’t affect the machine at all, but I’ve noticed when moving the x/y/z axis with my hands, I can feel a slight indent or bumping as it were when the wheels move across the makerslide. Does anyone else notice this on their machine? Ive checked to see if it was the wheels running over some debris but i cant see any, and there appear to be no flat spots in the v-grooves or on the linear rails, so maybe its the bearings? Like I said, it has no affect on the cut quality or accuracy, but I’m just wondering if anyone else has experienced this. Thanks!

I am having the same issue. Like a road with elongated speed bumps?

Please check this previous posts, most problems has been discussed earlier.

Great…just got it together and now gotta take it back apart. This isnt cool. Thank you for the link.

Interesting, I wonder if is actually a problem though? it doesn’t affect accuracy and the steppers don’t care, so maybe its just normal. Hopefully Inventables will chime in on this.

Also, I read that other thread, but the problem in that thread seemed to be the v-wheels were moving on the bearings causing issues with accuracy and making noise, my issue is different, the v-wheels don’t move at all on the bearings, and its all really tight with no side to side play like that thread describes, but when I roll it, its like what scottw said, like wheels on speed bumps.

Did you put flat washer between bearings. It won’t turn if you didn’t.

I made extra sure everything was in the right places, and all the wheels turn freely when in the open position. It just feels like there is a flat spot in the wheel when it slides on the makerslides. It’s very subtle, and doesn’t affect machining, and thus I’m not particularly worried about it, just curious. Also, I didn’t assemble the v-wheels, my kit came with assembled v-wheels.

here is last post from David, he says 20th wheel has a flat ( I think he makes new ones with better angle)

V-wheels the same as the Smooth Idlers? X-Carve

Forgive me if this has been covered... started the assembly of my x carriage today, and when opening the package of v-wheels I noticed they were not v-wheels, they were actually the exact same part as the smooth idlers. Is this something that's been changed since the video was made?

You can feel this when you move an axis back and forth with the power off and the drive belts tight.
Try something for me. With the power off release the tension on the belt(s) and take the stepper motor or motors off the machine.
Now with no belts or steppers in play move the axis back and forth. Do you have the same thing happening. Can you feel what seems like flat spots.
If you can then there is a good chance that you have one or more bearings with brinelling. This is where the bearing has been subjected to enough force to cause the balls in the bearing to make little dimples in the outer race.
If you can not feel the same thing you did with the belts and steppers in place then what you could be feeling is the cogging of the stepper motors. This is normal and if you turn one of the stepper motors when it is off the machine you will feel it. This cogging is the reason why stepper motors step and don’t just turn like an electric motor.

One other thing that can play into this is if the wheels have an over size center rib and an under sized spacer washer when the wheel is tightened on the 5mm bolt then the inter races of the 2 bearings are squeezed and the outer races are held by the center rib. This puts the bearings into a thrust condition that they are not designed for. This will cause the bearing to wear out quickly and may cause the effect you are feeling.

I am having the same issue, Went to see how smooth the X Carriage moved (No belts installed yet) and its like going down rail road ties on a bike in some places. I cannot find any imperfections on the rails that would cause this. I thought maybe it was because the lower V-Wheels were not adjusted yet but adjusting them made no difference, in fact most the time they do not spin. I added my 0.8kW spindle thinking maybe with a little weight it would fix it but that didn’t work, running the carriage down with my hand under the spindle I can feel it moving up and down as the carriage hits the bumps.

Skimmed the threads linked above, but not seeing the tie of those to this problem, One seems to be the wheels slipping off and the other seems to be receiving the wrong items… I can go buy the washers if that will fix the problem, was wanting to figure this out before I preform the steal plate mod this weekend as to not introduce any other variables.

@EmilyMaxey @ScottW You gotten any advice on anything to try to fix this yet? Do you have the spindle mount install yet?

I did some more testing last night and noticed its not too noticeable on just the X Carriage but shows up on the spindle mount as a rolling up and down motion in the spindle mount as it goes across the X axis. I also noticed that the back slider rail has some minor movement in it but not sure if thats what is causing the bumps or just an affect of it. This is with no spindle yet, Wondering if I should try to add the steal bar and see if that fixes it but I would expect you could get a smooth slide on the stock unit with no spindle installed.

Do not want to go much further in the build until I can figure this out so its just less I have to disassemble, worried that if I can see the up and down motion of the spindle mount its going to cause major problems in my work.

I’m thinking it may be the bearing brinelling like @DavidSohlstrom mentioned. I tested it and it is definitely independent of the motors. I know that stepper motors have that cogging feeling, and that’s a very regular, constant feeling. whereas, my issue almost feels like bike tires on a speed bump, and it only happens in certain places when the bearings turn. I’m however baffled as I haven’t done anything that would have caused undue pressure on the bearing surfaces. Just normal milling/engraving.

@EmilyMaxey When you see these bumps, is it more noticeable on the Spindle and mount or are you seeing it more on the X carriage? I have not gotten my machine finished yet, Its been way to hot, so on no use I am seeing about the same issue.

@DavidSohlstrom Do you know what size washer should be there in place of the ones included from Inventables?

I have only noticed it on the x-carriage and to a lesser extent, the y axis. The spindle has been fine, other than I had to increase the stepper motor current to get it to travel all the way.

No resolve yet over here. However, I did find that any debris(mdf), on the rails or wheels will amplify the effect. There is also a very slightly discernable ripple in the material being cut in that particular area of the “speed bumps”.

The thickness of the center washer can vary by how much the center rib on the V wheels is out of spec. Look here for what I found when I measured all the wheels that came with my machine…

several of the V wheels on my machine have what i would call side to side play. basically the outer delrin wheel part moves side to side on the bearings. on my z axis if i pull back and forth on the spindle you can see the bearings move back and forth inside the delrin wheels. this causes some concern as it doesnt appear to be all wheels that do that but probably half the ones on my machine have this issue. taking a problem vwheel off the machine, i can easily duplicate the problem with my fi…

Most users of X-Carve machines will not have the measuring tools or metal lathe to take measurement of each wheel and determine the exact thickness of the spacer washer. That being the case the use of a fiber washer that has a little give to it is a good choice for replacing the metal washers in wheels that have movement.

@DavidSohlstrom So I am just trying to understand the problem I need to fix… Is it that the washers are too small and the bearings are only sitting on the top ring of the wheel or that the washers are too large and the bearings are not touching at the top ring of the wheels? I think you are saying its the later, but I cannot move the wheel back and forth so I am not sure if the bumps I am expecting are caused by faulty washers yet. I suppose I will have to take everything apart and see if there is play in them as it does not feel like it while on the rails.

David
There are 2 conditions that happen here. There is also 1 ideal condition. First the ridge in the center of the wheel is to thick 1mm+ and the washer is thinner that the ridge. Here is what happens when you bolt up a wheel to the machine. The thick ridge causes the outer races of the bearing to be held to far apart and when the bolt is tightened the inter races of the bearings are squeezed and put into a thrust condition. The bearings they are using are not made to be in a thrust condition. This causes the balls in the bearing to ride on the outside of the outer race and on the inside of the inter race.
Next condition is where the ridge in the center of the wheel is to thin and the spacer washers are to think. This means that when the wheels are bolted to the machine the wheel can slide back and forth on the bearings. This is not good because the machine does not track correctly and you will see this in the parts you make.

The third condition is the one we are looking for. this is where the ridge in the center of the wheel is at spec of 1mm and the spacer washer is at spec at 1mm. This does not squeeze the bearing as in the first case and does not let the wheel slide back and forth on the bearings in the second condition.

Hope all of this helps

This is the washer fits perfectly. Keep it simple. 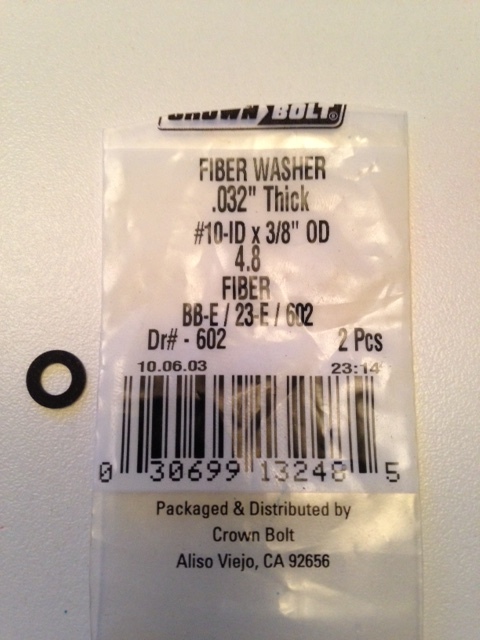