Any interest in a Makita RT0701 spindle mount for X-Carve

I’m considering a small run of a Makita RT0701 spindle mount and wondering if there is others who might be interested. The design is not complete yet but as soon as it is, I’ll get a quote for machining and have a better idea on price. These would be made from 1/2" aluminum tool plate and very strong. I have no idea on costs but I’m hoping to keep them around $40. But until I know more, that’s just a SWAG.

Using Makita Compact Router with 611 Mounting
Using an upgrade spindle in Europe
Makita resources, some help needed
What spindle would I need for the united kingdom
European spindles: D26200 or Kress 1050?
Anyone using the Makita RT0701C router?
VFD and Air cooled spindle
NZ 240 volt AC power
X-Carve in Australia
The Elusive Makita - Canada
What do i need
TonyNo July 17, 2015, 1:39am #2

Assuming that this is the one that is lighter than the DeWalt, I’m in.

I was going to go with the Makita, but I was told they don’t make a 1/8th inch collet for it. Has anyone found one?

Assuming that this is the one that is lighter than the DeWalt, I’m in.

It is indeed lighter. If you look at this page, you can see that the DWP611 weighs in at a whopping 4.6 lbs! That a lot for an unmodified machine to lift.

The Makita RT0701c, as listed on this page under “net weight”, weighs in at a slightly slimmer 3.9 lbs… Thats a .7 lbs difference which is a lot for a small machine like the X-Carve.

1/8th inch collet for it. Has anyone found one?

Yep, the ones most people use, myself included, are the ones from Elair Corp. They come highly recommended and have VERY low runout. Not exactly cheap but they are nice.

Hi John, did you have any luck getting it made i was going to pick one up this weekend i was thinking about making it out of HDPE maybe

I replied to your page about a Makita mount with no reply. Are you still making these?

I believe he is. But it maybe a small test run. I am sure he will reply shortly.

Thanks Yves. I havn’t been on the forums in a while. @DennisMartin @WarrenDownes, I have a test run at the machine shop right now. The initial test was for 3, of which two are spoken for, provided they work ;-). I could have an additional one added to the run, which should be enough for everyone. I can always have more made if I need. I won’t know what the actual costs will be until until sometime next week. I’ll let you know as soon as I know.

Hey, I filled out your form, but I’m super interested in a mount. Any updated.

I picked up 4 of the spindle mounts yesterday and they came out great. I’ll post pictures here tomorrow. Two are spoken for I have two left, and 5 more on the way. It will be another week for the next batch. 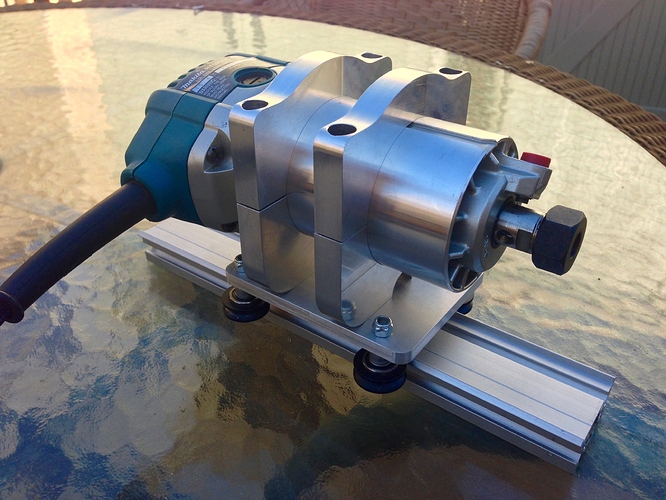 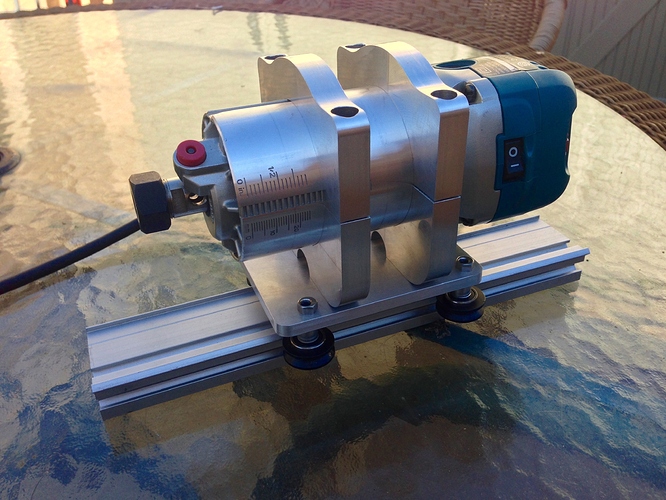 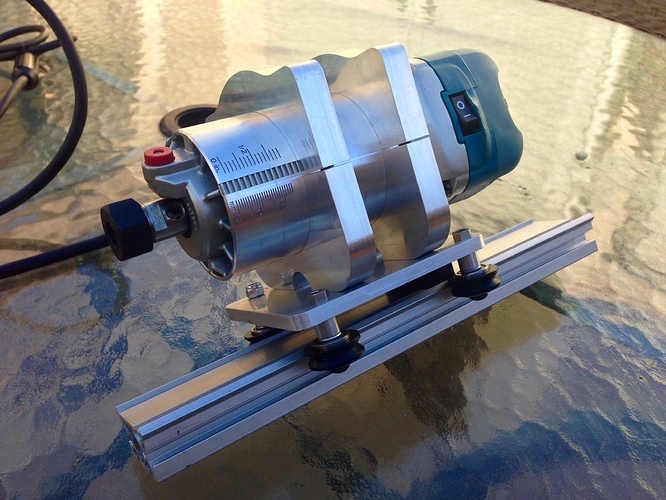 Hi John , would you consider either shipping to the UK or making the design files available?

Not to undercut John’s desire to help out the X-carve community, I’m planning to use this Makita router and found a 3D printed mount for it on ThingIverse. Look for “Makita Spindle Adapter for Shapeoko 2 Spindle” by odie_wan. It uses the “general purpose” spindle mounting plate.

It printed out very nicely. I haven’t used it yet as I am still piddling around with the wiring. I would have some concerns about the stability of an ABS mount but I would also have some concerns about the added weight of John’s design. I see from other online chatter that there are some who are concerned about flexing of the X axis and have actually bolted the two pieces of Makerslide together (with the appropriate spacers).

I also see that some are using the Dewalt adapter for the Makita, the 611, I think, with shims. I guess it all depends upon whether you’re making a replacement part for your Rolex or a piece of railroad track!

I guess it depends if your trying to build a toy or a tool.

I’m not opposed to shipping to UK, but the design files are available as well. let me know

It is my opinion that if your adding a router like the 3.8 lb - Makita 701c or the 4.6 lb - Dewalt 611, it would be wise to take steps to reinforce things. My router is ANYTHING but stock and has been reinforced in every way I can. 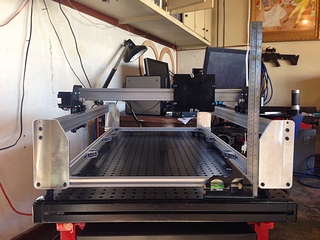 I personally wouldn’t put a 1.25hp router on a stock x-carve, there are too many weak (flex) points. And making a mount for a 1.25hp router from plastic is not MY idea of rigid, but if it works for others, great, just not how I do things.

It all comes down to what your making. If your cutting light material and accuracy is not high on your list, then I doubt theres a need for a larger router, and heavy duty mount.

There is an IGS file available here Paul,

Does anyone know if the Makita RT0700 is the same size as the RT0701? Only the RT0700 is available locally here in Finland. JohnScherer’s mount looks very nice, but why doesn’t Inventables come up with a Makita mount already?